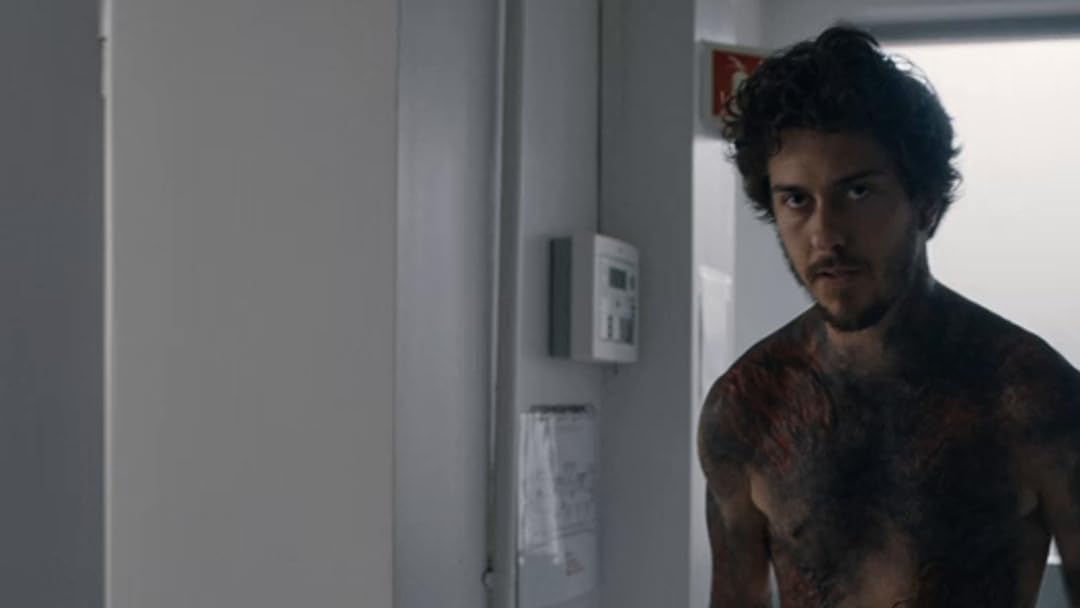 (11,489)
6.01 h 44 min2020X-RayR
In this spellbinding thriller, a psychologist puts her life in danger when she finds herself drawn to a mysterious murder suspect who claims to possess godlike powers.

shane dunnReviewed in the United States on November 6, 2020
5.0 out of 5 stars
I don't give a 5 star lightly !
Verified purchase
This movie was phenomenal. It broke away from all the Hollywood drivel. It does follow the predictable path of a hero learning who he is , like Luke Skywalker. Really great for the acting and the emotional connection to the stars even the sheriff. The ending has a large twist and I loved. If you study eastern meta physics and Hindu deities you will love the Norwegian stroll thru mysticism and religion in this movie. The ending made me love the movie even more. If you like slow moving build up with lots of building of expectation, like Hitchcock, buy this movie.
204 people found this helpful

logitestusReviewed in the United States on November 14, 2020
5.0 out of 5 stars
To mirror other comments: A good thinking slow burn Sci Fi movie
Verified purchase
From the trailer, I knew not to expect an action flick but I do like the twist on a classic. I do not want to spoil anything with this review, so I will not mention my favorite moments. I like how the relationship does get built between the male and female lead. It feels organic to me, not just the throwing together of 2 people but something that was built. I am a huge fan of movies like this. I saw mentioned in another comment, the movie Arrival (another slow burn but immensely enjoyable) but I want to mention another similar movie: Chronicle (2012). The slow build up to a powerful climax. Both movies demonstrate to me something that is lacking in most cinema: consequences for one's actions.

I would highly recommend checking this movie out.

Additional props for handling of the language differences since this seems to be a Norwegian production.

JasonReviewed in the United States on November 24, 2020
5.0 out of 5 stars
Great modern and dark twist on Norse mythology.
Verified purchase
What a great movie! I love the way this was approached. It's a bit of a darker and more realistic sort of "origin story". But it's not so clear where it's going, which is great. And it isn't in a rush to get to action. Instead, the supernatural parts seemed timely and appropriate and intriguing in the sense that the viewer isn't clear on what the character is capable of. I want to say so much but don't want to give it away. I'm really glad it was done in Norway and in Norwegian for much of it, for the sake of authenticity. It really does feel very authentic and organic for the genre, instead of being campy, cheesy, or cheap.

I hope there is a sequel! I want to learn more about the character. The story does such a great job of keeping us guessing at the true nature of the main character. And just when we think we've worked it out, we're surprised. And I really want to understand his visions and how Yggdrasil (the big tree) plays into everything. I have my guesses of course but I'm so excited to see how the character develops, what he becomes, and how the world and specifically the Norwegian community reacts to him. There are hints at the end that could really play out in a sequel.

Amazon CustomerReviewed in the United States on November 12, 2020
5.0 out of 5 stars
Amazing take on Norwegian lore
Verified purchase
Like some of the other reviewers I was just strolling looking for good films to watch. I had no idea after watching the trailer what it would be about. I thought it would be just some metahuman type film. But when i found out that it was Norwegian I got more excited as a major part of my ancestry is from Norway. It is slow building but I felt it had just enough going on to keep my interest. If you have watched another movie called, "Arrival," I strongly recommend this one. I think it was amazing story with well done CGI, and solid character development with an interesting take on Norwegian legends, lore and history (history to an extent).
73 people found this helpful

TerryReviewed in the United States on November 8, 2020
2.0 out of 5 stars
Disappointed please save your money.
Verified purchase
Disappointed please save your money. The movie has excellent special effects. Seems to have by the description an interesting story. This movie could have been a good Syfy but the story starts out keeping your attenion but halfway through the movie is stalls out. The ending is terrible the movie just stops no true ending. I truly suggest waiting to see. It won't be too long you been able to watch this for free you might like it more if you don't have to pay money for it.
66 people found this helpful

Amazon CustomerReviewed in the United States on November 22, 2020
2.0 out of 5 stars
Disappointment
Verified purchase
I could have managed my expectations knowing that this was just an introduction to a longer story, never meant to stand on its own. I assume that is the case, so including "part one" in the title would have been a good idea. I wouldn't have been as disappointed. I detected no chemistry at all between the 2 leads. There were interesting moments in the storyline that never really went anywhere, just as there were some interesting characters and interactions that didn't develop. I couldn't sustain my interest and by the time there was twenty minutes left in the film I just wanted it to be over. Then things got a little bit interesting and it ended on a cliffhanger. The whole thing seems like a very poor cinematic rendition of a video game.
40 people found this helpful

ClaudiaReviewed in the United States on November 8, 2020
5.0 out of 5 stars
good slow burn kinda movie
Verified purchase
Very interesting perspective, better to watch without knowing much. If you like slower suspenseful movies, with beautiful scenes/landscapes and not following typical american tropes, watch this :)
52 people found this helpful

Steven WhiteReviewed in the United States on February 24, 2021
1.0 out of 5 stars
Shockingly dreadful
Verified purchase
I really recommend not wasting your time/money on this movie. It's a dreadful, zero-star movie! I don't think that what follows contains any spoilers, because a story has to be cleverly written, and to have some narrative plan to conceal (and to reveal only in the telling) in order for spoilers to apply. And this movie doesn't have that. But either way if you're worried about spoilers, and you really want to watch this movie, then you might want to stop reading now. But afterwards, come back and see if I didn't tell you so.

I went into this movie with a completely open mind, knowing only that it was something about a murder suspect with godlike powers. That sounded like my kind of thing.

When the title of the movie ("Mortal") came up unobtrusively onto the screen, in reasonably stylish serif all lower-case text, I thought oh, that's some nice design. Then, below it, faded into view a dictionary definition, and I frowned and shook my head. Dictionary definitions are always a sign of a lack of taste and imagination. In this case they'd even completely missed the point of what the word mortal means.

Then came a long multi-minute montage of landscape shots. Too many of them, and all held too long. Now there's someone wandering about, sometimes limping, sometimes not, camping, dreaming about fire, oh the trees do seem to be kind of burned.

Ten minutes in, a very unpleasant juvenile delinquent gets a surprise. After that there's an interminably boring (15 mins) interrogation, where some uninteresting (annoying/confusing) phenomena take place, but mostly I was thinking "you/he/they/she wouldn't do that".

At around the 30 minute mark there's an unbelievably stupid scene in a helicopter with a bunch of alleged professionals behaving incredibly and frustratingly (and infeasibly) stupidly and unprofessionally. For example, at 29.30, we the audience can see the antagonist (yes, he's an antagonist, not a protagonist) starting to wake up. A full minute and a half later we can still see the medic fumbling and unwrapping a second dose of sedative (sedagive: now there's a movie!). Another 20 seconds of inaction later and they're all electrocuted unconscious and they've had their chance. Just so disappointingly badly written.

The rest of the movie is a dull trawl through some kid's petulant and unjust temper tantrums, and everyone else's unaccountable incompetence and stupidity. Yeah, turns out he's a descendent of Thor. The god. Whatever. This is just a terribly written snore-fest best avoided.

Shockingly dreadful. Yes, that was meant to be a pun that you'll hopefully never get because you'll do something better with your time than watch this garbage.
22 people found this helpful
See all reviews
Back to top
Get to Know Us
Make Money with Us
Amazon Payment Products
Let Us Help You
EnglishChoose a language for shopping. United StatesChoose a country/region for shopping.
© 1996-2021, Amazon.com, Inc. or its affiliates