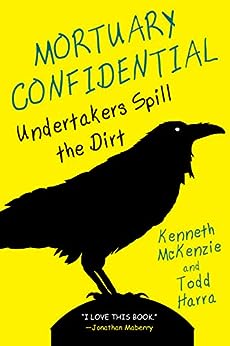 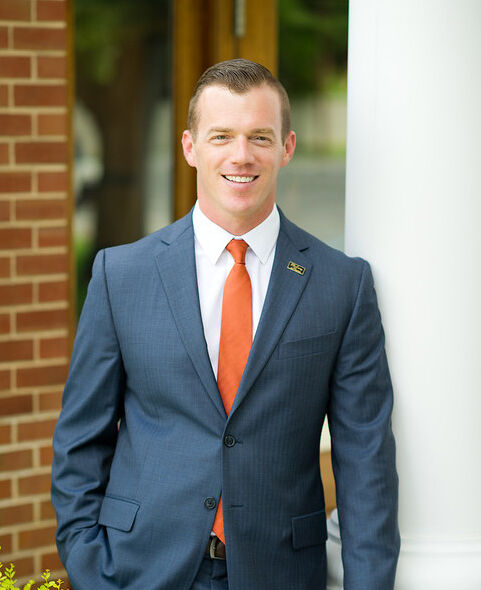 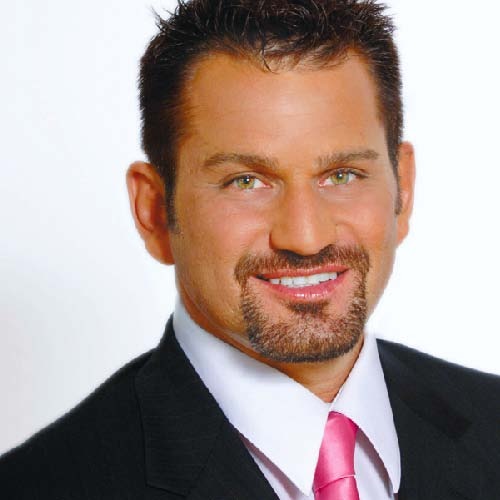 Engaged in a business “that is all customer relations and rapport,” morticians deal with the vulnerable, emotionally unpredictable, and sometimes distraught, and if the dead can’t complain, their families sure can, as these gleanings from mortuary professionals across the nation attest. Whether a survivor insists on putting false teeth in after the deceased’s mouth has been “frozen” shut by embalming or demands a false eye be placed in its rightful socket, it’s all in a day’s work, along with staring down a hostile, 275-pound biker with “toilet seat-size hands.” The chapter “Wives and Girlfriends” demonstrates that “the lies and secrets we maintain in life cannot be perpetuated in death,” for bank accounts will be inspected, and titillating pictures found. The most common postmortem revelation is the illicit sexual relationship, with its potential for funerary fireworks when spouse and children sit on one side of the front row, the paramour on the other. McKenzie and Harra keep us reading because these true mortuary tales are poignant—and suddenly, gaspingly, in-your-face funny. --Whitney Scott --This text refers to an out of print or unavailable edition of this title.

Todd Harra is a fourth-generation undertaker who works for the family business in Wilmington, Delaware. Todd's family has been involved in funeral service since before the Civil War. His great-great-great grandfather was a cabinet maker, or tradesman undertaker, in the rural town of Milford.

Todd is a graduate of the American Academy McAllister Institute of Funeral Service and is a certificate holder from the Fountain National Academy of Professional Embalming Skills. He is a Certified Crematory Operator and sits on the board of the Delaware State Funeral Directors Association.
For more information visit ToddHarra.com or follow on Facebook @toddharraauthor

Kenneth McKenzie first became interested in the death care industry at the age of twelve, following his father's suicide. He has been a funeral director for 22 years and a funeral home owner for 14. In 2007 Ken created and published the well received Men of Mortuaries calendar, also the inspiration for this book, to benefit Breast Cancer Awareness and received California's Outstanding Funeral Director of the Year award. He resides in Long Beach, California. Please visit MenOfMortuaries.com. --This text refers to the paperback edition.

4.2 out of 5 stars
4.2 out of 5
1,030 global ratings
How are ratings calculated?
To calculate the overall star rating and percentage breakdown by star, we don’t use a simple average. Instead, our system considers things like how recent a review is and if the reviewer bought the item on Amazon. It also analyzes reviews to verify trustworthiness.

S. Williams
4.0 out of 5 stars This book is insightful!
Reviewed in the United States on November 1, 2019
Verified Purchase
The headline does not do this book justice. I am a nurse, not a writer, sorry. But, being a nurse, and having dealt with death, near death etc. I loved this book. It is a lot of great experiences that funeral directors, morticians and the like have gone through. Some of the stories will make you laugh, others cry. If a book can get me so involved that I cry, the writers have done their job. Most people are truly uncomfortable around death, funerals, hospice and hospitals. I wish it was not so, but, face it, we are all going to die. Whether you believe in a supreme being, or not, you will get a lot out of this book.
Read more
32 people found this helpful
Helpful
Report abuse

Kindle Customer
4.0 out of 5 stars Do read this book from cover to cover
Reviewed in the United States on December 22, 2018
Verified Purchase
The book is not perfect nor a masterpiece (too many references to people smoking, some kind of a hangup on gays and too many mentions of drinking through the various stories). But, there are some real jewels! Stories that will make you questions some of your priorities, will give you deep insight on life and death matters and provide you with ways of reevaluating all your relationships.
Read more
43 people found this helpful
Helpful
Report abuse

Aerial Photographer
5.0 out of 5 stars I loved it!
Reviewed in the United States on December 26, 2018
Verified Purchase
For some reason I came up on this book at a time of death in my life. The woman I cooked for died two days ago and my mother is approaching that season of her life also. The stories were great but what is most important are the ideas and feelings between the lines of print and the words. Although it is humorous it also has a special reverence for those who depart and those who honor them. I am grateful for the book at the time of my life that I have read it. Thank you for honoring.
Read more
34 people found this helpful
Helpful
Report abuse

Janet
5.0 out of 5 stars a fascinating look at an unusual occupationn
Reviewed in the United States on June 30, 2019
Verified Purchase
I love the little tidbits from undertakers. It's a slice of life from an occupation that most people don't want to hear about, but get over it, we all die someday and I for one want caring, level-headed people taking care of my shell when I leave this earth. This book gives me hope that there's more of them than I thought.
Read more
17 people found this helpful
Helpful
Report abuse

dmmjsm
5.0 out of 5 stars Great book
Reviewed in the United States on August 4, 2017
Verified Purchase
For the curious, this is a great read. The compilation of stories provide great varieties of personal experiences of individuals working within the mortuary services. Expect to feel some of these stories- there are some surprising tales. The book is reader friendly, avoiding heavy technical terms, medical gore, or explicit details that may scare some readers. But it is a book about death and what remains to be done after a loss. This book reflects their work as part arts, sciences, and human service workers tied together to honor the dead and the living. I highly recommend this for those interested in an industry so many of us know little about.
Read more
22 people found this helpful
Helpful
Report abuse

Kindle Customer
1.0 out of 5 stars Dumb
Reviewed in the United States on January 15, 2020
Verified Purchase
Maybe it was one of those, "you had to be there" to find these stories funny. I sure did not. In fact, I stopped after the 5th essay. They were just dumb stories.
Read more
10 people found this helpful
Helpful
Report abuse

Amazon Customer
TOP 1000 REVIEWERVINE VOICE
5.0 out of 5 stars "Mortuary Confidential"
Reviewed in the United States on September 3, 2021
Verified Purchase
If you’re a ghoul like me and have a fascination with everything death-related (and also have a wicked, dark sense of humor) this book is definitely for you. Not only does it offer a rare, insider’s look into the funeral home industry but it does so in a way that is not morbid but lighthearted and even outright funny sometimes. For instance, I never thought that funeral directors had to deal with family members openly fist-fighting in the middle of the viewing or that their “clients” (the dead ones, that is) scared the living daylights out of them - to find out exactly how, you’ll have to read the book. It’s certainly full of dark humor and very unorthodox situations, but it’s a delightful read all the same. Definitely recommended to everyone interested in the subject.
Read more
One person found this helpful
Helpful
Report abuse
See all reviews

Amazon Customer
5.0 out of 5 stars Great dip in and out read
Reviewed in the United Kingdom on December 9, 2019
Verified Purchase
I read this book in short installments when I had a few minutes to space ...the short and independent sections make it good for that. I found the tales to be funny and others sad. All were interesting.
Read more
One person found this helpful
Report abuse

Fiona King of BookSmart
2.0 out of 5 stars Chicken Soup for the Undertaker
Reviewed in the United Kingdom on July 22, 2013
Verified Purchase
It should have been a good book - the cover promised a lot, but it didn't deliver. Now nobody wants gouts of blood and exploding corpses, but these stories are very bland - for instance, a corpse made a sound as the air left its lungs, and frightened the driver of the hearse. Hmmm. Another undertaker managed to calm down a drunken biker. Big deal! I won't deny these are lovely "slice of life" stories, and the profession are clearly lovely people, who cheerily go the extra mile; but I was expecting something a little more engaging than a man who tipped the trolley over whilst collecting a body in a blizzard. To be fair to future readers, it should have had a less exciting build-up on the cover. People like myself are put off by the blandness of the contents, and lots of potential readers will be put off by thinking it's going to be a whole lot more gory, wacky and racy than it actually is.
Read more
2 people found this helpful
Report abuse

Ms. M. Anderson
5.0 out of 5 stars quirky book
Reviewed in the United Kingdom on July 8, 2013
Verified Purchase
This book is fantastic so far, only half way through but so far its been gross to funny to absolute heartwarming stuff, even a few tearjerkers in there, def going to buy other ones similar to this, price is great and arrived either the day after I ordered it or the day after. Will be back for more
Read more
Report abuse

Amazon Customer
3.0 out of 5 stars So disappointed
Reviewed in the United Kingdom on November 9, 2018
Verified Purchase
Disappointed with this book .
Read more
Report abuse

nellie
5.0 out of 5 stars a bit morbid.
Reviewed in the United Kingdom on November 23, 2011
Verified Purchase
a bit morbid but an eye opener some of the stories really very funny, but then again i do
have a funny!sense of humour. but good reading not the stuff thst would shock.
Read more
2 people found this helpful
Report abuse
See all reviews