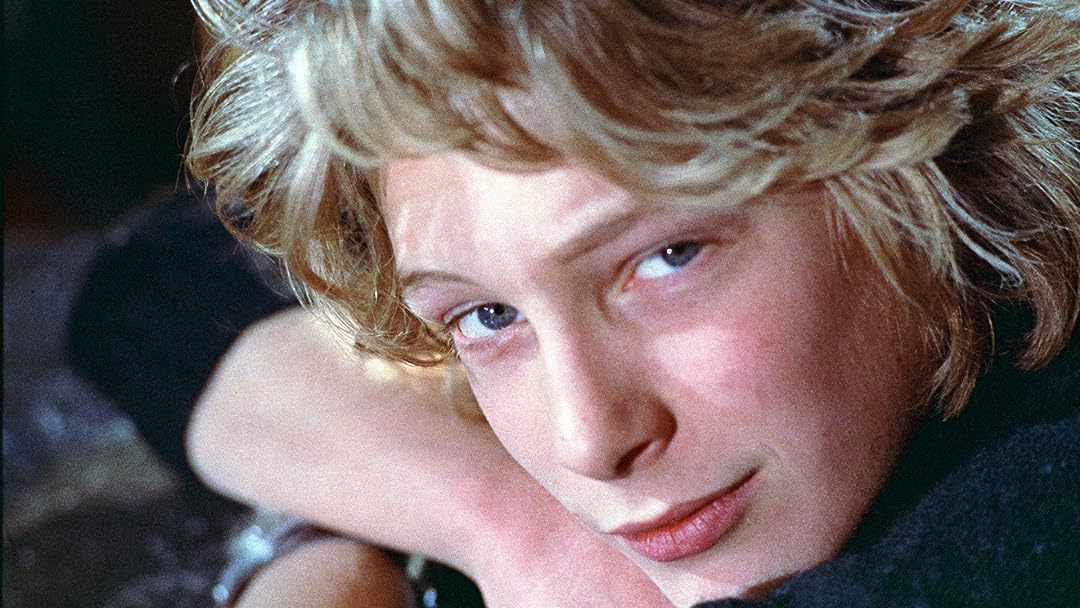 The Most Beautiful Boy In The World

(83)
6.81 h 33 min202116+
In 1970, filmmaker Luchino Visconti sought the "most beautiful boy in the world" to cast in his adaptation of Death in Venice. In Stockholm, he discovered Björn Andrésen, a shy 15-year-old teenager. Fifty years later, Björn looks back at his life, the personal memories and tragic events in what could be Bjorn's last attempt to finally get his life back on track and make peace with his past.

SighReviewed in the United States on March 26, 2022
5.0 out of 5 stars
What can I say?
Verified purchase
If you are an obsessive fan of Death In Venice (is there any other kind?) and the enigmatic Tadzio, for whatever reason, I know nothing I can write will dissuade you from watching this documentary. There are a few interesting "behind the scene" clips and a bit of commentary from the original casting director which amount to about ten minutes of screen time. There is also about a minute or so of Andresen returning to Venice and what appears to be the ruins of the hotel where the film was shot. So just be aware that's it for DIV content.

In general, this documentary is more a contemplation on a life that had some early, brief notoriety; its fair share of tragedy; and perhaps never lived up to its potential for whatever reason. No doubt there are many similar life stories, we all just happened to be in on the beginning of this one.

What was interesting for me to consider was how I, after seeing this movie as a young girl, projected the character of Tadzio onto the actor, and I think on some level expected that he might have lived out some Tadzio-like existence when obviously, he was just a kid doing as he was told. As an aside, I will say that the actual boy who inspired the Tadzio character seems to have led a fascinating life truly worthy of a book or movie -- but then, the "real" Tadzio was not as beautiful or mysterious as the cinematic one. And he was a very young boy, which takes the story from problematic straight to nauseating. Anyway, I digress . . .

Perhaps the unintended takeaway here is the human obsession with youth and beauty, and how in a way we can all be creepy Von Aschenbachs preying on those who possess it, and expecting answers to questions we have no business asking.

RANDELReviewed in the United States on October 24, 2021
1.0 out of 5 stars
THE FILM ADDS LITTLE TO WHAT IS SEEN IN THE TRAILER
Verified purchase
If you were to trim the endless sequences which
feature the subject simply sitting quietly and contemplating his wayward past, this film would last about 14 minutes. It really is a complete waste of time. Mr. Andresen offers nothing resembling an interview and we overhear him speaking probably fewer than 25 full sentences during the entire film. It deals very superficially with the boy's history in relation to DEATH IN VENICE...and only briefly mentions his role in MIDSOMMAR. Not a word about any other films. For a film buff, this "documentary" is absolutely worthless.
7 people found this helpful

DanReviewed in the United States on April 11, 2022
3.0 out of 5 stars
Fails as a documentary
Verified purchase
I feel like this documentary's thesis statement is "Being cast in Death in Venice ruined Björn Andrésen's life" - at least, that's the sense I got from the trailer, how it was marketed and how it ended.

Maybe that's true - but I feel it is too light on information to convincingly make that argument. It briefly covers his experience being cast in the movie and filming it as well as some of what happened afterward, but in excruciatingly vague detail. They mention he was taken to gay nightclubs - but not if he was assaulted. Then he spent time as an idol in Japan - but nothing about the result or effect of that. And some time in Paris where he was apparently given money and an apartment - but it's not made clear if there was a sexual relationship there. He does make it clear that he was in Paris willingly and an adult at the time though.

It's not that I'm desperate for salacious details, I just feel that if you're trying to make a case for how much the experience harmed him, you're doing a disservice by omitting that information. And if there wasn't actually assault/molestation I think it's wrong to let the implication that there might have been linger over the whole thing.

Of course even without the potential sexual abuse angle, being famous that young and without good guidance in your life can be really challenging, it's something we've seen in many modern day contemporaries like Justin Bieber, Britney Spears. But I feel like the film lacks supporting anecdotes/evidence in this area. It attempts to portray his time in Japan as harmful but he seems to be on great terms with the people from his past during that time when they are interviewed. Those people aren't really pressed much at all on if what they did to him was wrong/harmful.

It skips over the vast majority of his adult life, except to cover that he had children and a relationship (maybe marriage?) at some point. He briefly mentions that he acted in other things. He mentioned he wanted to play music, but it doesn't really cover if he pursued that in a meaningful way. There's a very brief blip about him being in Midsommar. How does he make money? Is he retired? Has he been to therapy to deal with any of this? So many things left unanswered.

The movie is interspersed with clips from present day, where he seems to struggle with basic tasks like keeping a clean living space and is maybe a (functional) alcoholic and his relationship with his on and off again girlfriend and he revisits the now abandoned hotel where the movie was shot and goes back to Japan. By the end it has devolved to long shots of him brooding by the ocean.

I'm aware that by reviewing this documentary I am commenting on a real person's life, and I am not trying to invalidate any of his experiences. Björn has experienced a lot of tragedy and trauma. I just don't feel like this works well as a documentary the way it was intended to.

Instead, seeing Björn as an old man working through his regrets reminds me of Gustav von Aschenbach. In the original work, I always thought that part of what fueled his obsession with Tadzio was the desire to be young again. Attraction to the endless possibility of youth, before all the doors start closing.

I'd still say this documentary is worth watching if you are familiar with the source material.
3 people found this helpful

Stephen SalnikerReviewed in the United States on March 1, 2022
1.0 out of 5 stars
Can't be played in a USA DVD player
Verified purchase
This video is recorded in PAL, not in NTSB-the US standard, meaning it can't be played in a US machine. There was no mention of this in the AMAZON offer, nor is it made clear anywhere in the packaging.
4 people found this helpful

Kelly A McNabReviewed in the United States on July 25, 2022
5.0 out of 5 stars
Interesting Doc
Verified purchase
This was a very interesting documentary. The book which this film is based on is creepy btw.

Kindle CustomerReviewed in the United States on April 8, 2022
5.0 out of 5 stars
Beautiful
Verified purchase
Inside and out, beautiful. We should all take all the time we need to get there. Hopefully we do, find that place that makes sense of it all inside ourselves. Hopefully.
One person found this helpful

GiselaReviewed in the United States on May 14, 2022
5.0 out of 5 stars
Superb
Verified purchase
Loved it

Amber PriceReviewed in the United States on March 21, 2022
5.0 out of 5 stars
The greatest tragedy in life is not death, it is what dies inside of us while we live.
I had been waiting for this release for over a year. The amount of loss this man endured at a very young age radiates in his eyes. You can see how vulnerable he was as a young man and witness first hand how the Hollywood and Foreign Movie Industry could eat a child alive. I highly recommend this documentary.
2 people found this helpful
See all reviews
Back to top
Get to Know Us
Make Money with Us
Amazon Payment Products
Let Us Help You
EnglishChoose a language for shopping. United StatesChoose a country/region for shopping.
© 1996-2022, Amazon.com, Inc. or its affiliates