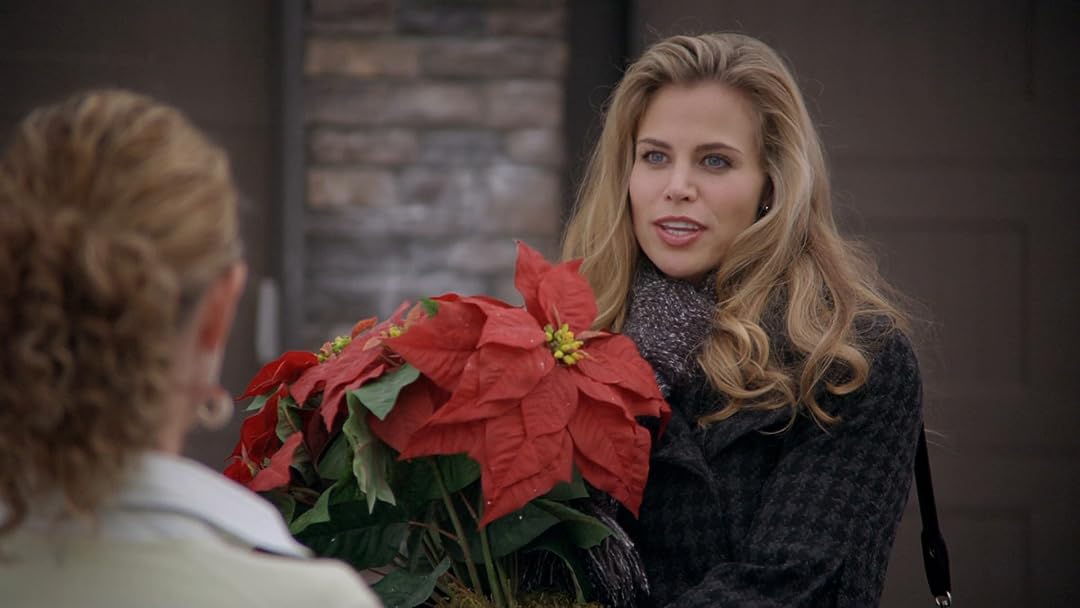 The Most Wonderful Time Of The Year

(3,088)
7.31 h 27 min20087+
The overwhelming tasks that go along with Christmas have taken the joy out of the holidays for busy single mom Jennifer Cullen. Then her Uncle Ralph arrives at her home with the young, handsome Morgan Derby. Morgan's love of Christmas, and life, is contagious and as Jennifer glumly navigates through the holidays, she soon realizes that what she needs most is right under her nose. Stars Henry Winkler, Brooke Burns and Warren Christie.

takethisvalancyReviewed in the United States on November 30, 2019
2.0 out of 5 stars
Its gets a lot better if you invent a backstory for the characters...so we did!
Verified purchase
This movie was standard Hallmark fare in lots of ways, but the most disorienting part was the strangely casual and intimate interactions between the two lead characters (Jenny and Morgan). It felt like they had known each other for a long time, rather than Morgan being a complete stranger who had just been brought back from the airport that day.

Halfway through the movie, my sister and I paused it and came up with a back story to explain their weird familiarity. Picture this as a 5-minute vignette at the beginning of the film and I think you'll enjoy the rest of the story more:

Jenny and Morgan grew up together in Brooklyn, but at the end of 8th-grade Morgan's family moved away and they lost touch. (So when Jenny's uncle finds him in the airport he's delighted to recognize a kid from the old neighborhood). Jenny was always the rule-following, list-maker and Morgan was the free-spirit who helped her get out of herself. They had a funny candy-stealing caper in 7th-grade, where Jenny was so upset that Morgan had got her in trouble at school that she temporarily declared that they would no longer be friends. But a few days later she realized she missed him and she ran to find him again at the park. When he said, "Jenny, can we really be friends again?" she just shrugged her shoulders and gave him a look, as if to say, "Can't live with you, can't live without you."

Trust me, its better with the backstory, and some of the lines in the movie fit in very well!

DobieReviewed in the United States on December 13, 2019
1.0 out of 5 stars
Slow death to all men movie
Verified purchase
If you're a man with any semblance of manhood left in you, this movie will feel like 1 1/2 hours of hot burning needles in your eye. Thank you to everyone who gave this a 5 star review so that my wife just had to watch it. I have to go now and find my little buddy that use to be between my legs because it shriveled up and fell off about halfway thru the movie.
31 people found this helpful

Butterflymom54Reviewed in the United States on October 23, 2019
4.0 out of 5 stars
A Quirky Christmas romance
Verified purchase
I like Henry Winkler's character in this movie. He portrays an uncle on his way to visit his beloved niece at Christmas. He meets a Chef on the way to Denver to visit an old Girlfriend to hopefully open a Restaurant. Meanwhile back home in Chicago his niece is a busy single Mom trying to get it all done. There is a lot of story to put all of the pieces together and it is a mostly fun and reasonably interesting slice out of a fictional characters life. Hallmark often has story lines where one person is already with a partner who may or may not be intimately involved with them, then another character is introduced to stir up things. I am not always a fan of that concept, but in 53 years I have found that to be reasonably realistic. However one can clearly see the original boyfriend as unlikable. Enter the very good-looking now friend of the uncle, who pleads with her to allow to stay at her home, as the flights are now canceled and the viewer will see these two are a bit more likable together. The much discussed bathroom scene is very brief. Some of the viewers who had DVDs may have seen a different scene, however streamed through Hallmark NOW channel with Amazon, she is in front of a mirror writing a list and she could have been wearing a strapless dress for a party and no one might have wrote a word. I believe this scene was contrived to give her another reason to argue with the uncle about him being there, and maybe to show how uptight she is. There is also a scene others have wrote about where the owner of the toy store gets hit with a trashcan. The two men went into the ally both consensually, to fight anyway. No punches are thrown. I do not agree with dealing with the situation this way but that is what happened. Do I agree with every action? NO. However I see this as a funny, quirky adult movie not a movie to expound virtue and morals to my children. I used my Bible for that. My own actions, thoughts and decisions will be the compass for my children. This movie is not one of my favorite but I do go back and visit it from time to time when I need to kill some time. Anyway Enjoy! Merry Christmas and be blessed! :)
14 people found this helpful

A HamiltonReviewed in the United States on December 3, 2018
4.0 out of 5 stars
Movie is FANTASTIC, however quality of DVD is so-so
Verified purchase
This is one of my favorite Christmas movies. All of the actors, story line and dialog are great. However, the quality of this DVD recording is darker and grainier than expected, and the producer (Gaiam) inserted endless advertisements at the beginning. Even fast-forwarding doesn't help. Prepare to call up the menu and skip straight to the movie. I would buy the movie again, but not from Gaiam and perhaps in Blu-Ray. This movie is so good you'll want and deserve to have a quality copy to enjoy for years to come.
11 people found this helpful