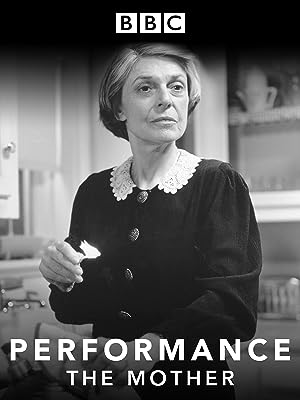 (2)7.757min199416+
Oscar-winning actress Anne Bancroft stars in a revival of Paddy Chayefsky's classic 1954 television play set in 1954 New York. The mother is recently widowed and is determined to find a job. A garment factory takes her on, despite the fact that she has not worked for 38 years. However, lack of skill is not the only obstacle to independence - her daughter wants her to stay at home.

SteveNYCReviewed in the United States on September 9, 2021
5.0 out of 5 stars
Paddy Chayefsky and the lonely elderly
Verified purchase
The Mother

This is a 1994 Channel 13/BBC TV production of Chayefsky’s 1954 TV play. Starring Anne Bancroft as the 66 year old widow and empty nester looking for meaning in her life as she faces aging and loneliness in a world that passes her by.

Set in NYC, she wants employment, partly for self support but mostly for her spirit, for something to do. She worked on a sewing machine in the garment district until her marriage in 1916 and now 40 years later goes back into the high-pressure, need-for-speed industry, with a bullying boss (Stephen Lang) and predictable results.
Joan Cusack is her daughter who is married with a young child, worries about her mother, and wants to take her in.
There is a scene in which mother wonders what to do with the furniture and others things of her life with her late husband. The daughter doesn’t want to chair that father sat in. But mother points out that is it perfectly good. She doesn’t want her things abandoned to the junk man.
The daughter doesn’t want the chair. She says that they have a house full of modern furniture and the things of her mother will not fit in.
Paddy Chayefsky was a young man in 1954 but apparently had a sensitivity to the old and the lonely. This is around the same time as a more famous TV play Marty which again features working class loneliness and later made into the theatrical movie that propelled Ernest Borgnine to Oscar winning star status.
Ageing and loneliness also drive Chayefsky’s fine Broadway play Middle on the Night concerning a hopeless May/December romance Filmed in 1958 with Fredric March the aging garment industry factory owner and Kim Novak as a worker who becomes his beautiful young lover. A very fine movie.

Amazon CustomerReviewed in the United States on April 4, 2020
5.0 out of 5 stars
Anne Bancroft in an obscure precious gem
I saw this precious gem probably 25-30 years ago on PBS and have always been on the lookout for it so I could see it again. Anne Bancroft as “the mother” is the focus. A poignant microcosm of an aged, neglected woman whose has few joys in life snaps.
See all reviews
Back to top
Get to Know Us
Make Money with Us
Amazon Payment Products
Let Us Help You
EnglishChoose a language for shopping. United StatesChoose a country/region for shopping.
© 1996-2021, Amazon.com, Inc. or its affiliates