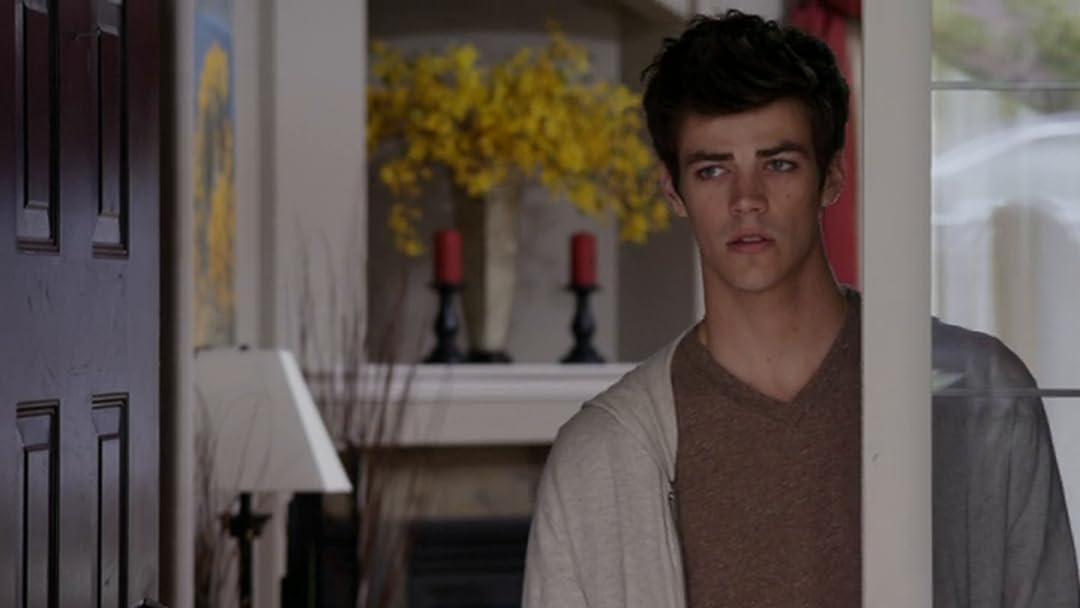 (128)
5.81 h 28 min2012X-Ray16+
A recently divorced woman is thrilled when her teenage son is smitten with the new girl in school. Her happiness is short-lived when she discovers her son's new love interest has left a string of dead boyfriends in her wake.

A.Q.Reviewed in the United States on December 13, 2020
2.0 out of 5 stars
Um, that was a trailer?
Verified purchase
I clicked on the trailer button and it showed the first 2 minutes of the movie. That's not a trailer and didn't give me any indication if the movie would be worth my time to watch.
20 people found this helpful

J.M.Reviewed in the United States on December 28, 2020
5.0 out of 5 stars
Worth watching but not a masterpiece
Verified purchase
Well, the main reason I watch movies is to be entertained and for that, I give this movie 5 stars. But as far as the movie's story goes, it definitely could have been better. I don't consider myself all that critical when it comes to movies. But the central protagonist, Chris, I felt his backstory could have been fleshed out a little better. When we first see Chris, he has just gone through a breakup with his first girlfriend, and as one would expect, he is really down in the dumps about it. But the unusual thing about this is that his girlfriend dumped him, and she really seems to hate him. She intentionally tries to make him jealous by openly displaying her new relationship in front of Chris. And the film's antagonist, Vanessa, is despised (for good reason) by Chris' ex-girlfriend, until Vanessa openly states that she hates Chris too. Chris' ex-girlfriend apparently hates him so much that when Vanessa tells her this, her attitude towards Vanessa completely changes. So with all this, I couldn't help but wonder exactly what did Chris do to earn such hatred from his ex? Because throughout the entire film, Chris is portrayed as a good, mild mannered guy.

Another thing about the film is that it seems odd that we never really get to know or even see Vanessa's foster parents. For all practical purposes they're non-existent as they have no part in this movie at all except that it's mentioned that they only met Vanessa a month prior to her meeting Chris.

The movie attempts to set up Vanessa a sympathetic villain. She herself comes from a history of damaged relationships. Her mother suffered from a mental disorder and her father ended up walking out on her and her mother when Vanessa was only 6. Her mother apparently committed suicide due to being walked out on coupled with her already fragile mental state. This causes Vanessa to loathe men, and in her mind, by killing men she's making the world a better place because they won't be able to hurt anyone else.

Yes the story is predictable, and yes there are side-stories that never get fleshed out. But it's still a fun watch. And it was nice seeing Grant Gustin in a role I'm not used to seeing him in. I know him as the CW's Flash. I thought it was a little humorous that Chris was on the track team and after missing so many practices the coach wanted to see if he still had his speed.

BleachBlondieReviewed in the United States on March 11, 2022
1.0 out of 5 stars
Pathetic how MEN can be manipulated by PHYSICAL BEAUTY
Verified purchase
In my opinion, A Mother's Nightmare should be a made-for-TV LIFETIME MOVIE. ... However......It bears repeating: How distressingly, sad (mainly) MEN can be utterly controlled by a manipulative person -- simply because the individual is PLEASING TO THE EYE (female if heterosexual) .... ... Permitting someone to wield complete POWER over your BEING -- is the same as HAVING AN ADDICTION.

**The male species never seem to evolve from such a primitive nature (state of mind). ... Factually: Males are visually oriented; but for the love of God 'dudes' exercise a little self-restraint.
Granted: NOT "ALL" MEN ARE so EASILY 'ruled' by beauty --but-- Most are! There have been countless amounts men who have actually lost their CAREERS/JOBS (all they've worked for)... Even their LIVES'..... Abandoning principles, values, morals (if they had any to begin with)........Its unbelievable!!! ... There are MANY LESSONS that can be extracted from this MOVIE - I've selected a VITAL/URGENT one: Mental Illness should be taken VERY SERIOUSLY -- treated if possible -- Particularly, the criminally insane!

Glamazon AshReviewed in the United States on February 24, 2021
1.0 out of 5 stars
Time Is Too Precious To Waste On Crap
Verified purchase
Don't waste your time on this piece of mess. The main actress/villain is allegedly in high school but those crow's feet around her eyes say she's past nearing or past 30. The entire plot is less than mediocre and there were so many times I wanted to just give up. I finally did at around an hour and even that was too much time wasted on this Z-list movie. Poor plot, poor acting, poor casting, poor directing, poor writing, just all-around poor. I need that hour of my life back.
4 people found this helpful

JeffReviewed in the United States on November 13, 2020
1.0 out of 5 stars
Absolutely predictable
Verified purchase
No surprises. You could see the actor's next move every scene. These identical stories, lifetime for women just grinds them out like link sausage. Spoiler: What a shock, the mother races to the end game like wonder woman. Would have given it zero stars if I could, except I have to admit the superb acting by the son's character.
6 people found this helpful

FemboyenthusiastReviewed in the United States on March 5, 2021
5.0 out of 5 stars
Relatable to current dating
Verified purchase
This movie portrays how they is bad women out there that wish to do harm, especially to young gullible teenage men.
It perfectly indicates the red flags one should look out for from attire down to attitude.
There's moments when even you the viewer learn the lesson of the movie before the main character.
Finally the ending depicts clearly how despite all the crime done by the villain, they continue on with the cycle. Not much of the villain learning a lesson
3 people found this helpful

David NegronReviewed in the United States on April 14, 2022
1.0 out of 5 stars
GARBEEEEIIGEEEE
Verified purchase
So I went into this movie with the upmost exhuburent of positivittys that it would be a banger! Now.. hold on to your hats ladies and gents because LEMME TELL YA SUMSUM!...

I wouldn't even strap my worst enemy to a chair in a underground dungeon and force him to watch this movie because I am not a monster. I would rather punch myself in the nuts repeatedly until I suffer a sort of amneisia that would make me forget this movie ever existed. I would rather watch a 4K version of Dragon ball Evolution than to ever watch this again!

AYO JORDAN! YOU GOT SUM TO SAY???!
One person found this helpful

Micah, the movie loverReviewed in the United States on July 3, 2015
3.0 out of 5 stars
A MOTHER'S NIGHTMARE is well done and should be watched WITH your teens, not without them.
Verified purchase
Personally, I thought that A MOTHER'S NIGHTMARE was incredibly easy to figure out the very SECOND, the character of Vanessa hits the screen! I read all of the other reviewer's thoughts and while I agree that there should be more communication between parents and their kids (especially teens) about the different kinds of relationships, I AM the parent of a couple of teens and it's EXTREMELY difficult to get through to kids that believe they "know everything and would NEVER find themselves in that kind of relationship" and/or believe they are immortal and indestructible! It's also very difficult to have these conversations with your teens (especially those in the High School ages) when they've been hurt or are suffering from a lack of self esteem for whatever reason, if someone as attractive and needy as "Vanessa" started to shower them with affection, hero worship behavior and compliments, they will invariably ignore "red flags"and parental advise just to have the feelings that are associated with such an intense, but unhealthy relationship! With that said, I still think that this is a film that is worth watching or better yet, worth watching with your teenagers!
6 people found this helpful
See all reviews
Back to top
Get to Know Us
Make Money with Us
Amazon Payment Products
Let Us Help You
EnglishChoose a language for shopping. United StatesChoose a country/region for shopping.
© 1996-2022, Amazon.com, Inc. or its affiliates