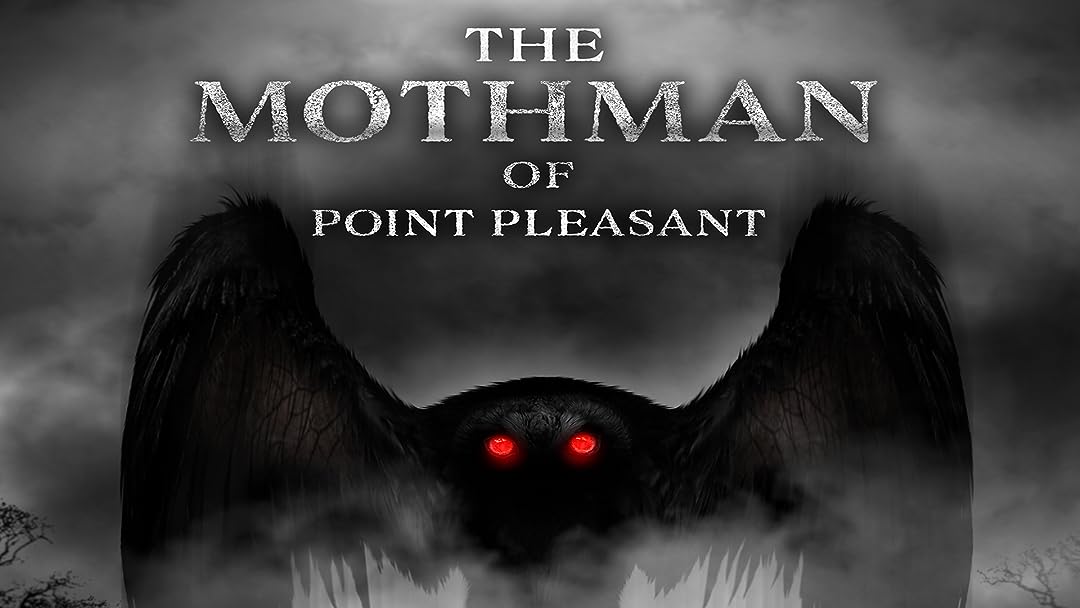 The Mothman of Point Pleasant

(466)
6.01 h 7 min2017X-Ray13+
Learn the terrifying, true story about thirteen months that changed history! In November of 1966 a car full of kids encountered a creature unlike anything they'd ever seen before. In the weeks and months to follow, the monster (now known as The Mothman) was sighted again and again on country roads and around the state of West Virginia.

Small Town Monsters production company has put out several features on what their name implies: monster stories emanating from small towns. And, in general, they are fairly good and currently Included With Prime, so you can't beat the price.

I came across this feature after watching the absolutely superb Richard Gere film called "The Mothman Prophecies". In my opinion, that is a truly must-see film.

While this documentary was nowhere nearly as entertaining and chilling as that film, it was well done and worth the time to watch. They cover several distinct sightings via interviews with the people actually involved, far more than in most of their other productions. (Their one on Momo was by far the thinnest in this regard.)

If possible, see the movie first, then follow it up with this.

Glama PussReviewed in the United States on April 28, 2021
4.0 out of 5 stars
So much more than we thought we 'knew'...
Verified purchase
Very good, had no idea of all the other strange events surrounding Point Pleasant, let alone that there were so many sightings of this creature. I recall a story of a man in the northwest, maybe near Seattle, being pulled over by a policeman, think he was speeding. The man was utterly terrifed and when the policeman asked him what was going on he screamed 'Archaeopteryx!' He was truly shaken up. I cant find the article, had it bookmarked on a different computer and do not recall if anything terrible or tragic happened nearby. But I dont believe this creature has left us. Nor do I think mothman 'prophesied', he just showed up. Watched a video on YT about Nephilim among us and I swear one looked just like the mothman, his head was set so low into his body and he had very large wings. As Shakespeare said 'There are more things in Heaven and Earth, Horatio, than are dreamt of in your philosophy'. Recommend.
4 people found this helpful

Ryan LorekReviewed in the United States on September 21, 2019
1.0 out of 5 stars
What is the narrative?
Verified purchase
By the end you will forget that Chef Corn-Stalk was ever mentioned. The very Chef who was all abut outed as a fictional character in this very film. You'll hear about a character named Ingrid Cold brought up and promptly dropped with zero conclusions drawn to his relevance. As always, the collapse of the Silver Bridge is lavished over despite no claim what-so-ever of a link between the collapse and the mothman. You'll hear red-neck after red-neck recount how something they saw in the middle of the night over 50 years ago TOTALLY WASN'T AN OWL! No documentary has ever done more to expose the true nature of the contactee phenomenon.
9 people found this helpful

wild oakReviewed in the United States on March 28, 2022
4.0 out of 5 stars
Interesting
Verified purchase
It's an interesting documentary, though I don't really subscribe to the Mothman legend. Attempt to tie the Mothman to the murder of the Indian tribal leader in the 18th century is like grasping for straw. The fact that the Mothman sightings died down right after the bridge collapse also points to the likely conclusion that it's a small town mass hysteria at work, whipped up by some folks in town back in 1966. Curiously, this reminds me of the movie The Village in which the elders stirs up fear in the community. It's not hard for a few people corroborating on the sightings, it's such a small town afterall. Now that all the original elders had mostly passed away, the fact that no one has since then provided any other materials about any alleged sightings, even to this day, given how accessible phone cameras, recorders and gadgets are these days, it goes to show how flimsy this whole Mothman legendary is just a gigantic elaborate hoax. That said, I'm happy for this small town which manages to put itself on world map, and make some money off of the Mothman folklore, it has already more than enough to serve its purpose. The documentary itself is quite well-made, though it doesn't warrant any rewatching.

Me, that's whoReviewed in the United States on August 5, 2021
2.0 out of 5 stars
Meh. Lot's of talk. Nothing substantial
Verified purchase
Lot's of talk. Nothing substantial. Speculation. Many of the witnesses do sound very believable. I think they are being honest about their encounters. But the film really goes no place. Lot's of animations, shots of newspaper clippings, footage of the area and old films of the people don't add up to anything definitive or earth shattering. You'd be better off watching the movies "Jeepers Creepers" 1 and 2 which seem to be loosely based on the subject discussed here.
One person found this helpful

Liz PetersonReviewed in the United States on October 2, 2018
5.0 out of 5 stars
Bird, creature... something!!
Verified purchase
This documentary is very well rounded. It gives you background on the town of Point Pleasant, West Virginia as well as other supernatural sightings that occurred besides the sightings on the Mothman.

The sound was perfectly fine on my tv and I could understand everyone. I personally liked the animation because it gave a very eerie feeling which is fitting.

This is a documentary, not a movie. Anyone expecting a dramatic film needs to look elsewhere instead of leaving bad reviews that they wanted more action.

If you like documentaries, especially ones on cryptids or paranormal experiences, this is amazing.
3 people found this helpful

shogiReviewed in the United States on August 1, 2021
5.0 out of 5 stars
It's Creepy
Verified purchase
I agree with the fellow in the film. I don't ever want to see Mothman. I have to wonder though; all those looky-loos and no one took a picture? Nary a one? Fyi, some birds and bats have six foot wing spans, such as Harpy Eagles and Fruit Bats. That one might wind up in Point Pleasant is improbable, but not impossible.
One person found this helpful

Plato ClosetedReviewed in the United States on July 6, 2018
3.0 out of 5 stars
sAME oLD
Verified purchase
I wanted to see what I could get out of this. It's about the same quality as the stuff you run across on TV. Nothing new, just the same old teenagers race along in their 57 Checy ND GET CHASED BY tHE mOTHMAN. sOME KIND OF mOTHMAN CREATURE AWAITS DOWN THE ROAD APIECE, RED EYES AND ALL, THEN SWOOPS UP AND OVER THE CAR. lIVES IN SOME KIND OF RADIOACTIVE BUNKER.....
6 people found this helpful
See all reviews
Back to top
Get to Know Us
Make Money with Us
Amazon Payment Products
Let Us Help You
EnglishChoose a language for shopping. United StatesChoose a country/region for shopping.
© 1996-2022, Amazon.com, Inc. or its affiliates