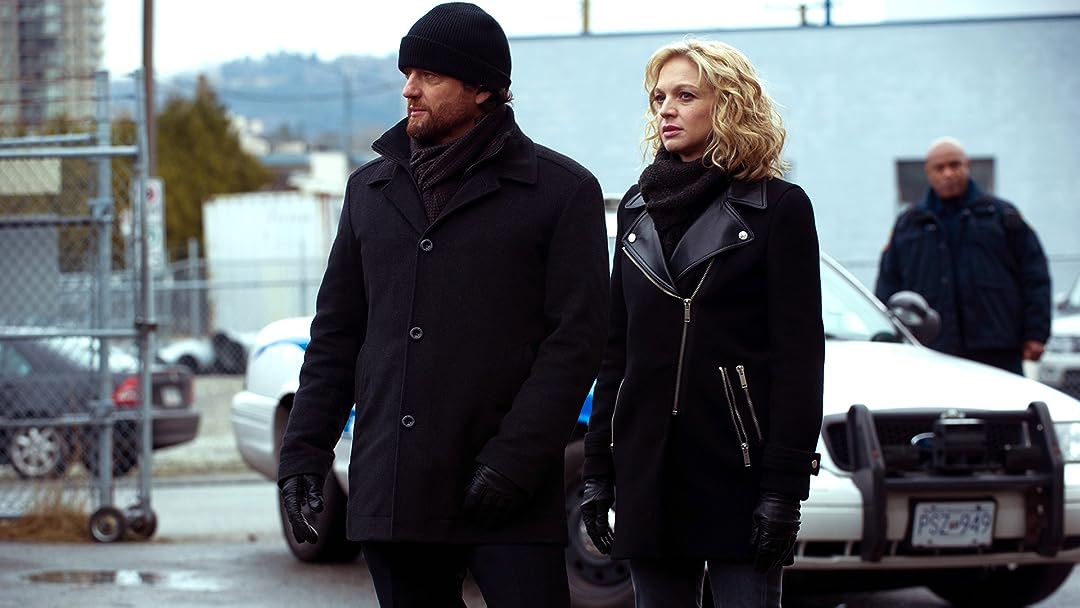 (520)
7.42013TV-14
When murder is committed, Angie Flynn, a loving, single mother and a damned good homicide detective, along with her partner, Detective Oscar Vega, are on the case, looking for clues that will lead them to the killer. But "Motive" turns the tried-and-true crime drama formula on its head by identifying the Killer and Victim at the beginning of each episode.

Amazon CustomerReviewed in the United States on June 3, 2018
5.0 out of 5 stars
Wish the DVDs were formatted with english subtitles
Verified purchase
Great show but I was very disappointed with the DVDs. I've been waiting since season 1 first aired for the DVD sets so they finally had them and I bought them however there are no subtitles with the discs and the audio is not good enough to watch it without them as I have a hearing loss and need the subtitles. I can't say if they're formatted with closed caption which once DVD players were hooked up with an HDMI cable captions no longer translated so they had to format discs with subtitles not closed caption!
2 people found this helpful

hansbanduReviewed in the United States on October 22, 2014
5.0 out of 5 stars
An interesting twist on the police procedural
Verified purchase
I love this show. I have to admit that when I initially watched this show in 2013 I wasn't too impressed but upon a second viewing, I realized what a good show I had been missing. The format for this show is unusual and the storylines are both interesting and entertaining. Knowing who the killer is from the beginning of each episode took some getting used to but the stories that are weaved to reveal the reasons behind each murder keep the viewer guessing. I have repeatedly found myself surprised at the the resolution of each case. I strongly recommend this show to anyone who enjoys a good mystery, especially if you find yourself bored by the same old tv shows.
4 people found this helpful

MaryReviewed in the United States on May 24, 2019
2.0 out of 5 stars
Doesn't hold your interest
Verified purchase
Almost silly. You know who "did it" almost immediately and the writers make a good effort of trying to make "why they did it" seem interesting. However, once you know "who", the mystery of "why" simply isn't that interesting or at least the way it's presented isn't.

Donald P. KampesReviewed in the United States on January 9, 2014
5.0 out of 5 stars
Refreshing! A 21st century "Columbo" with a twist
Verified purchase
You may remember the "Columbo" episodes where the first 15 or 20 minutes consisted of the murderer planning and executing his crime. Then Lt. Colombo comes to the scene, and the rest of the episode is finding and trapping the killer.

"Motive" is a similar theme. During the first minute or two, the victim and killer are identified, but that's all you know. Here's the twist. In the next scenes, the homicide investigators arrive on the scene and look for clues. As the investigation progresses, the viewer is brought up to date via flashbacks as the planning and the crime were committed. Even after the team identifies the killer, the viewer still doesn't know the "Motive" This also, is delivered in the last chapter or two via flashbacks.

I found the concept new and exciting. You still have the old tried and true investigative tools, but it is delivered to the viewer in a very entertaining way. Highly recommended for you arm chair investigators!

CONCLUSION: Crime Drama and investigation at it's finest. Truly. 5 Star. A great buy at $9.99 for the 13 episode season!

LoriReviewed in the United States on June 20, 2018
4.0 out of 5 stars
No subtitles
Verified purchase
I love this tv show, but I'm disappointed in the quality of the recordings. There are no subtitles, something I didn't even think to look into, and sometimes it's hard to discern what they're saying, especially since there is some rapid-fire joking going on.
2 people found this helpful

crocodilebirdReviewed in the United States on May 16, 2016
5.0 out of 5 stars
American Networks should get a bleeping clue!
Verified purchase
I remember enjoying this series very much, until, after one season,some network dropped it. I began to see it in my Hulu que, but without cable not to be watched. Frustrated but persistent, I looked for it further, and found it for sale here. Since it had been several years since my first viewing, I bought and watched season 1 again. I will most certainly buy the other seasons at some point..won't be able to resist for long, and if the other reviewers are correct, they will be even better! Formulaic only in structure, the performances throughout are true,interesting, kind of stay with you..or me..whatever.
3 people found this helpful

CAGReviewed in the United States on June 9, 2016
5.0 out of 5 stars
For anyone who likes intelligent writing & good acting
Verified purchase
This is an EXCELLENT show. Well-written, VERY well-acted. It's so nice to see police detectives who are male and female, who treat eadh other as intelligent equals, who have no "will they/won't they" sexual tension.

It's a shame that ABC stopped showing this series in the summer, but I'm actually grateful, because now it's on amazon video and we can watch it a whole season at a time if we like!

Treat yourself to a great, great show. It keeps you guessing. There are no hackneyed, re-used plots. It's just brilliant! Check it out!
See all reviews
Back to top
Get to Know Us
Make Money with Us
Amazon Payment Products
Let Us Help You
EnglishChoose a language for shopping. United StatesChoose a country/region for shopping.
© 1996-2022, Amazon.com, Inc. or its affiliates