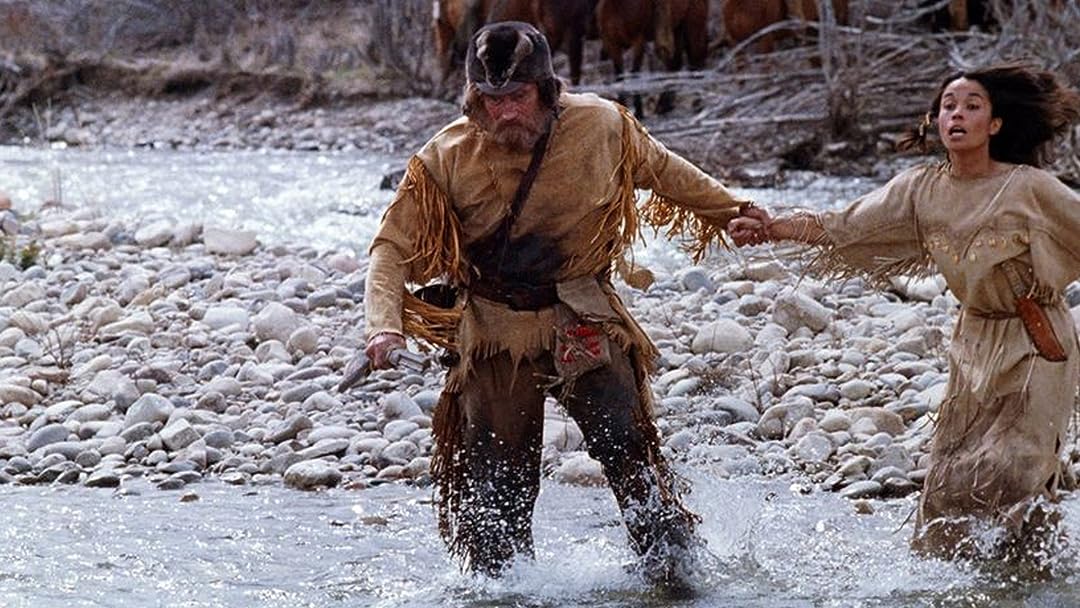 El ReyReviewed in the United States on February 2, 2022
5.0 out of 5 stars
Classic Mountain Movie from Sir Heston (he should have been knighted)
Verified purchase
This and Jerimiah Johnson should always be sold together as a set. The latter is more real and painful, but Heston does an outstanding job in this movie, when a few people were around who still knew how to make them.
2 people found this helpful

HappyReviewed in the United States on November 16, 2019
5.0 out of 5 stars
Anamorphic Widescreen AT LAST!!
Verified purchase
This PAL region 2 edition DVD is the ONLY Widescreen version of "The Mountain Men (1980)" I have found. Of course, I'd like it to have been HD on Blu-Ray - maybe some day?

The only technical issue is that it was transferred at 25fps (24->25 speed-up) so it's slightly shorter in runtime and faster in tempo than IMDB would indicate.

Please see other reviews for content and story. I do not detect any english sound track alterations, it's original expletives remain intact.

the magpieReviewed in the United States on May 17, 2016
1.0 out of 5 stars
then it was cut further to look like widescreen for dvd
Verified purchase
this is a review of the dvd itself. this movie was shot in widescreen. it was cut down to be fullscreen for older tvs and videotape. then it was cut further to look like widescreen for dvd. my god, how much of this movie are we missing. it was only MASTERED for the video and audio to dvd; not remastered like it should be. it says on the case that it's remastered for hi-def; but that doesn't mean anything if it's only mastered for dvd. i can attest that the picture is washed out and grainy. hi-def. sure!...my old videotape actually looks better. this is a real shame because it is a beautiful movie and historically accurate, which us fur trapping fans have learned to live without in movies.
3 people found this helpful

sailman2Reviewed in the United States on November 13, 2016
5.0 out of 5 stars
This movie can't be beat!
Verified purchase
This is one of my most favorite movies of all time. Charlton Heston and Brian Keith are great together. A wonderful mix of adventure, drama, excitement and humor! I just had to buy this because I got tired of waiting for it to come up again on cable somewhere. Now I can watch it whenever I need a great movie to watch.
10 people found this helpful

StrykerReviewed in the United States on December 23, 2021
5.0 out of 5 stars
Great movie
Verified purchase
If you like old mountain men type movies, you'll love this one. Charlton Heston is one of my favorite actors. Pretty good plot and story line.

Leo HottReviewed in the United States on July 5, 2013
5.0 out of 5 stars
A must have for lovers of mountain men movie's
Verified purchase
There are some very good mountain men movies "A Man in the Wilderness" , "Jeremiah Johnson" loosely based on a real mountain man. " On Sacred Ground" very much like Jeremiah Johnson. And This movie. "The Mountain Men" May be the best Mountain Man movie ever made. With action galore, humor, realism and great acting. Combined that with a beautiful musical score and great Cinematography "The Mountain Men" is arguably the best of them all. It has a believable well paced story line, and infectious endearing characters, Brian Keith just about steals the show! If it wasn't for Charlton Heston's larger than life presence, Brian Keith would have stolen the show. But together they are as mighty a force as the nature that surrounds them. They just don't make them like this anymore. And the beautiful thing about this movie is it will never feel dated or outdated because its a period piece done to perfection. Filled with many colorful character's like the hilarious "Cross Otter" & the lovable old "Iron Belly" I would recommend this movie to anyone. You don't have to be a western fan either I do mean anyone! If you can't have fun watching this movie you better see a doctor your either clinically depressed or dead. That is my review of the movie, but the product doesn't warrant a 5 star rating. I agree with many others I was replacing my worn out V.H.S. full screen version, and this D.V.D. version contains even less of the movie. It must have been zoomed in & then panned & scanned during the transfer process losing even more of the movie than my already chopped up V.H.S. full screen version. And there was absolutely no effort made to digitally repair the old film stock. I will be looking for a wide screen version of this film hopefully one that has been digitally restored this fantastic movie deserves better.
4 people found this helpful

bent rack raterReviewed in the United States on August 2, 2021
5.0 out of 5 stars
Present for neighbors at camp
Verified purchase
Bought video as gift for neighbors helping us get ride of some material around camp. Said he loved video could not locate it found it on Amazon ordered it for him

Dan SReviewed in the United States on January 11, 2022
5.0 out of 5 stars
Widescreen
Verified purchase
Not reviewing the movie as you probably already know if you like it. I am reviewing the presentation. The digital version is in widescreen.

I've not been able to find a widescreen version in physical format so this is the way to go if you're looking for a widescreen presentation. It adds a lot to the beauty of the film.
See all reviews
Back to top
Get to Know Us
Make Money with Us
Amazon Payment Products
Let Us Help You
EnglishChoose a language for shopping. United StatesChoose a country/region for shopping.
© 1996-2022, Amazon.com, Inc. or its affiliates