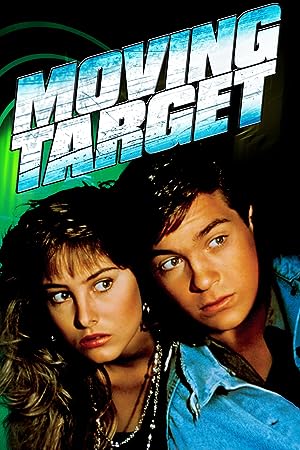 beckdavenportReviewed in the United States on April 24, 2016
4.0 out of 5 stars
There's Always Money in the Banana Stand ... Not So Much in This Pre-CW Teen Film.
Verified purchase
All right, stop. Collaborate and listen. This is dish-licious '80s, complete with moderately slow pace and synth drums soundtrack. And that Hostess cupcake Jason Bateman is the taller girl's Michael J. Fox (for comparison, see public phone booth scene when he tries to call his folks in Boston--that "answer up the phone" repeat and gestures are vintage Fox).
I can't stop licking my fingers for all the '80s flavors here: shoulder-pad jackets on guys, light jeans, white kicks, and Frisco from General Hospital. It almost feels like I'll have to watch commercials play, but then I realize I'm watching this on a laptop and remember what decade I'm actually in ('80s-nesia: you almost fooled me again!).
It's a shame Bateman didn't get to show more of his wit in this (who you gonna call? dialogue writers), but I will give it points for allowing a female in an '80s film to have some agency. Sure, it was to move the story along for the male protag, but she got to use her brain and stay fully clothed throughout—what was thought of as "shock and awe" in its time. (Her?—for AD fans.)
Sadly, there's no chance of this being remade today as all the fold-out maps, pay phones, and missing-person photocopy plot hooks would be solved in 4 minutes by a search engine and a cell phone. Curse you, progress. Have you taken away our wonder along with our cassette tapes?

Andrew "Big Ugly' HaleReviewed in the United States on August 18, 2020
3.0 out of 5 stars
Slow building but tense.
Verified purchase
There's not a lot of excitement from scene to scene. That's not to say once the suspense hits that you aren't interested in the story. But the story is a little confusing at first since there are no details given about the main characters initial life or his parents' apparent worries. Whether intentional or not, Bateman's character seemed adolescent in some scenes compared to his more mature girlfriend. Definitely a product of its era, the name of the film was heavily implied with every missed chance for the police or mob to target the moving Bateman. More of a 3.5 out of 5 but you can't do half stars.
One person found this helpful

Karen L. DunleavyReviewed in the United States on September 19, 2019
5.0 out of 5 stars
Lighter Fair
Verified purchase
I loved this little lighthearted mystery. I watch a lot of heavy-duty mysteries so once and a while something like this is great. Yes, it is somewhat hokey. But I laughed and enjoyed it as a respite from the heavy stuff. I also love the 80's stuff so that is another reason I enjoyed it. It is more for teenagers though it would be too decent for some of them today.
2 people found this helpful

Here KittyKittyReviewed in the United States on July 17, 2019
4.0 out of 5 stars
Good..clean movie
Verified purchase
I liked this, yes a little out dated, but you did not have to take a shower to wash the filth off. Typical 80s movie. I dont recall any foul language...good plot...enjoyable...not too heavy....the young people playing the roles are likeable...even the one that is rebelling. Directors today should watch it and get a few pointers, writers too,
One person found this helpful

MoviemanKevReviewed in the United States on June 24, 2019
4.0 out of 5 stars
nostalgia capsule
Verified purchase
Don't hold on for one more day when you can watch this extremely 80s TV film with Jason Bateman and 1/3rd of the future Wilson Phillips today. While this teen adventure film isn't great It still has that certain charm
2 people found this helpful

CrunchReviewed in the United States on December 5, 2020
5.0 out of 5 stars
Good Movie and Good Quality
Verified purchase
This is a good movie from a few decades ago. The quality was really good too.

Dakota StormReviewed in the United States on January 7, 2020
5.0 out of 5 stars
Great Movie
Verified purchase
Good movie from the '80's and I really enjoyed it!

Joel NicholsonReviewed in the United States on April 15, 2014
5.0 out of 5 stars
My friend is very happy with the movie
Verified purchase
I ordered this on behalf of a friend who said she looked everywhere for the movie and she is very pleased with it. I received it quickly by post and it was nicely packed.
One person found this helpful
See all reviews
Back to top
Get to Know Us
Make Money with Us
Amazon Payment Products
Let Us Help You
EnglishChoose a language for shopping. United StatesChoose a country/region for shopping.
© 1996-2022, Amazon.com, Inc. or its affiliates