Moving Targets and Other Tales of Valdemar and millions of other books are available for Amazon Kindle. Learn more 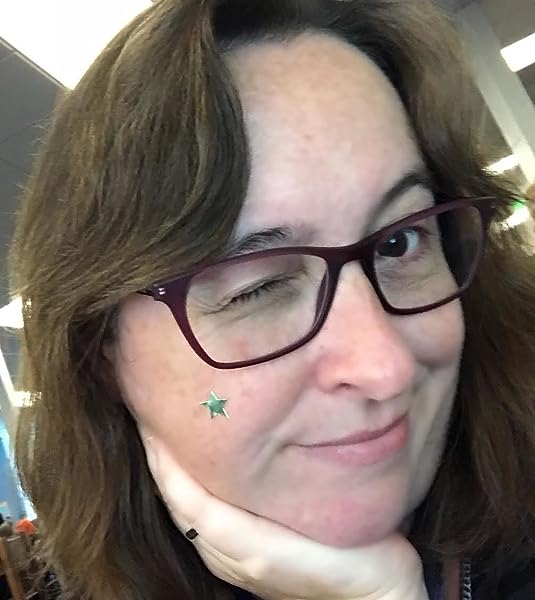 by Mercedes Lackey (Editor)
4.7 out of 5 stars 175 ratings
Book 4 of 15: Valdemar
See all formats and editions
Sorry, there was a problem loading this page. Try again.

"Lackey's back doing what she does best."

"Leaves us simultaneously satisfied--and longing for more. Not an easy feat...Once you jump into this world, you'll find yourself immediately involved, surrounded by new friends, and glad you made the trip."

Mercedes Lackey is a full-time writer and has published numerous novels and works of short fiction, including the best-selling Heralds Of Valdemar series. She is also a professional lyricist and a licensed wild bird rehabilitator. She lives in Oklahoma with her husband, artist Larry Dixon, and their flock of parrots.
Start reading Moving Targets and Other Tales of Valdemar on your Kindle in under a minute.

Kim Deister
5.0 out of 5 stars Great addition!
Reviewed in the United States on April 21, 2022
Verified Purchase
As with the others in this series of anthologies, the short stories in this collection are set within the Valdemar world. While there is a story by Mercedes Lackey, the rest are by other authors, many of who are seen in several of the other anthologies. The stories are short and episodic, but still have that familiar feel with the characters and places found within the main series’ books. New characters and old, these stories are a fun addition to the world!
Read more
Helpful
Report abuse

Risa Reads
5.0 out of 5 stars Old friends
Reviewed in the United States on December 25, 2018
Verified Purchase
I greatly enjoyed catching up with a number of old friends from previous anthologies. Most notably Jen and Ree, who have left the city to try to make a go of it in the possibly even more dangerous environs of the forests.
The Dann family is fleshed out further with the history of their father's demise, and why the oldest brother got passed over for the promotion by the younger.
Even the mercenary Toughs employed by Miklamar make an appearance.
There are many more interesting, well written stories than almost any other collection I've read of it's size.
That's a big win for Valdemar fans, like me..now buying and re-reading them on my Kindle, and donating my paperback editions.
'Tis the season!
Read more
One person found this helpful
Helpful
Report abuse

S. Collins
5.0 out of 5 stars I look forward to these every year.
Reviewed in the United States on August 6, 2019
Verified Purchase
I usually find at least 1 new author whenever I read these books. I wish they came out more often. I usually won't pay full price for most books because I read so much that it isn't practical to buy at full price, but I will always buy these Tales Of Valdemar and other Valdemar books by Ms. Lackey at full price. They don't usually go on sale and, even if they did, I can't wait that long to read the newest one. Thanks to Ms. Lackey for many hours of reading pleasure. I am never disappointed with her.
Read more
Helpful
Report abuse

- Moving Targets by Mercedes Lackey tells of four trainees and their mentor on a routine circuit, until they receive appeals for assistance against supernatural forces.

- An Unexpected Guest by Nancy Asire describes the meeting between a man and a woman bound by destiny.

- The Power of Three by Brenda Cooper discloses the bond between twins training as a Bard and a Healer.

- What Fire Is by Janni Lee Simner is about two children who have Talents within ancient Karse.

- Dreams of Mountain Clover by Mickey Zucker Reichert relates the quest of a humble woman searching for a cure for old age.

- The Cheat by Richard Lee Byers reveals the means by which a swordsmaster provides his students with unfair advantages.

- A Dream Deferred by Kristin Schwengel takes a horse trainer on a foray to rescue some kyree cubs.

- The Sworddancer by Michael Z. Williamson recounts the trials of young swordmaidens during a time of war.

- Broken Bones by Stephanie Shaver leads a bard to talk to a moody woman with a secret.

- Live On by Tanya Huff has a young Herald escort a much older Herald to a wedding, with unexpected results.

- Passage at Arms by Rosemary Edghill involves a young Herald trainee who knows that she will never be nice.

- Heart, Home and Hearth by Sarah Hoyt and Kate Paulk brings a boy and a young hobgoblin to someone in need to their services.

- Haven's Own by Fionna Patton confronts a young watchman with a local tragedy that is likely to lead to armed conflict.

- Widdershins by Judith Tarr puts an ordinary Herald and a young trainee into an inadvertent magical spell.

These stories consider many aspects of Valdemar. Naturally, most are about Heralds, Bards and Healers, but other involve common people. These stories are uplifting with positive endings, even when they end in death.

Most of these authors are well known to the readers of these Valdemar anthologies. Collectively, they present an interesting and worthy set of adventures in this milieu.

The next installment in this sequence is  Changing the World .

Highly recommended for Valdemar fans and for anyone else who enjoys tales of low technology, magical oddities, and psionic talents. Read and enjoy!

Stephen Summers
5.0 out of 5 stars Mercedes Lackey is a very good writer
Reviewed in the United States on February 7, 2022
Verified Purchase
I have liked all books Mercedes Lackey writes. I lost my book and Amazon lets me get it back.
Read more
Helpful
Report abuse

Cassie
4.0 out of 5 stars Alright if you know what you're getting.
Reviewed in the United States on January 3, 2012
Verified Purchase
The stories by the other writers were enjoyable enough. It is the titular novella that will make or break the book for the reader, especially since it is right at the beginning. If you go into that story expecting a serious tale that is a study in character growth you will be disappointed. On the other hand I knew ahead that it is a tongue in cheek homage to Scooby-Doo set in Velgarth. Treating it as a light hearted non-canon fanfic I was able to enjoy the little references and how she matched it to her world. I think otherwise, if I hadn't known, it would have felt cheap and disappointing.

On a technical level, on my Kindle Fire there were a few line break hyphens that were no longer at the end of lin-es.
Read more
One person found this helpful
Helpful
Report abuse

T. Turner
4.0 out of 5 stars Not So Bad-Scooby Novella and All
Reviewed in the United States on June 14, 2009
Verified Purchase
Well, I think overall this story collection is a great way to visit Valdemar with other writers at the wheel. The novella by Mercedes Lackey really makes some references to Scooby Doo, but it almost seems on purpose. If you look at it as tongue and cheek, it's actually pretty good. The other stories I enjoyed as well. Each one leaves you with a new sense of Valdemar. If you love a world filled with Companions, you'll like it.
Read more
3 people found this helpful
Helpful
Report abuse

EvaM
5.0 out of 5 stars Mercedes Lackey's Valdemar
Reviewed in the United States on September 22, 2012
Verified Purchase
Mercedes Lackey is a wonderful writer, creating characters in the World of Valdemar, which are attractive and fully realized. This has created a number of fans, including other authors, who care about and write about Valdemar. These tales add to the fun, and are well done. Ms. Lackey has chosen well crafted works which increase our enjoyment of reading about Valdemar.
Read more
Helpful
Report abuse
See all reviews

Harried Grandmother
3.0 out of 5 stars Not quite as good as the other Valdemar books
Reviewed in the United Kingdom on March 6, 2013
Verified Purchase
Usually buy all the Valdemar books as soon as I can get my hands on them but find I prefer full length stories rather than short stories
Read more
Report abuse

Charmaine C. Bergman
5.0 out of 5 stars Excellent, as always
Reviewed in Canada on July 7, 2018
Verified Purchase
Excellent, as always, Lackey and friends anthology. Excellent service from Amazon for delivery, although prices are higher than Indigo/Chapters/Coles. Sigh.
Read more
Report abuse
See all reviews