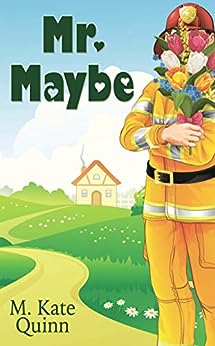 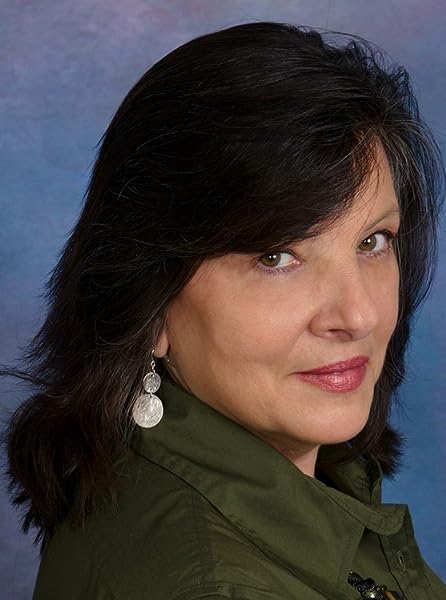 by M. Kate Quinn (Author) Format: Kindle Edition
See all formats and editions
Sorry, there was a problem loading this page. Try again.
Bridal shop alterations expert Kit Baxter lives a nightmare when forced to tailor her grandmother's wedding gown for the traitorous cousin who's marrying her ex-boyfriend. Add in a favor owed to her next-door neighbor and she's in over her head.

When he asks her to provide temporary housing for Shane Dugan, a hunky new fire department recruit in need of temporary housing, she declines. She changes her mind when Shane agrees to play the part of her boyfriend at the looming wedding festivities.

What starts out as two strangers with a bargain evolves into something more, and for the first time since her world turned upside down, Kit starts to think...maybe.​

Award-winning author, M. Kate Quinn draws on her quirky sense of humor, hopelessly romantic nature, highly developed sense of family and friendship, and her love for a good story while writing her novels. Her Perennials Series began with Summer Iris (Wild Rose Press, July 2010) a Golden Quill Award finalist for Best First Book. The second, Moonlight and Violet (Wild Rose Press, June 2011) won the coveted Golden Leaf Award for Best Contemporary Novel 2011. The last in the series, Brookside Daisy (Wild Rose Press, February 2012) was a Gold Leaf Award finalist. Her next project, The Ronan’s Harbor Series, is a trilogy of romances set in a quaint shore town, the first installment, Letters and Lace, released June, 2013. The second book in the series, Restless Spirit, released July 2015. Her new project is the first installment of her "Destiny's Detour Series," a contemporary romance with a supernatural twist entitled Victoria at Sea (Soul Mate Publishing, August 2016).

M. Kate Quinn, a life-long native of New Jersey, makes her home in Central Jersey with her husband where they enjoy family, friends and their awesome pet Beta fish, Rudy.

4.6 out of 5 stars
4.6 out of 5
12 global ratings
How are ratings calculated?
To calculate the overall star rating and percentage breakdown by star, we don’t use a simple average. Instead, our system considers things like how recent a review is and if the reviewer bought the item on Amazon. It also analyzes reviews to verify trustworthiness.
Top reviews

Barbara Kinnecom
5.0 out of 5 stars Engaging
Reviewed in the United States on August 24, 2019
Verified Purchase
I love a good love story and this is one! Carefree, believable, delightful, encouraging. This book was artfully written and allows the reader to see and feel descriptions and emotions. I couldn’t put it down!
Read more
One person found this helpful
Helpful
Report abuse

C. Luker
5.0 out of 5 stars Wonderful summer reading!
Reviewed in the United States on August 22, 2019
Verified Purchase
Love the start of this book, can’t wait to finish it.
Read more
Helpful
Report abuse

Amazon Customer
5.0 out of 5 stars No Maybe about it
Reviewed in the United States on September 11, 2019
Verified Purchase
Loved every single aspect of this book: plot, characters, humor and romance,
Read more
Helpful
Report abuse

ChrisK
5.0 out of 5 stars Sweet romance
Reviewed in the United States on September 10, 2019
Kit Baxter is an expert at wedding dress alterations and is asked to alter her grandmother’s gown for her cousin who is marrying Kit’s ex-boyfriend. Kit agrees even though it was always her dream to wear this dress. Kit’s neighbor needs a favor and since the older gentleman has helped her, she feels like she should help him. He has a new firefighter needs a place to stay for three months as he must live in the city where he works. Having an extra bedroom, Kit agrees. Her cousin and aunt hear them discussing the move in and think she has a new love in her life. Shane agrees to help Kit by pretending to be her boyfriend and attending the wedding with her. Will they be found out or will love develop between them for real?
I enjoyed this story; I had read the first book in this series and had background and knew the characters though it is not necessary as there is enough background in the book to follow the story line. It is a quick read and the characters are interesting. I just know I’ve met this cousin! I give this book 5 of 5 stars. It is funny at times and serious at others. The situations the characters get into are very much like real life.
I received an advance copy of this book through Netgalley in exchange for my honest review.
Read more
Helpful
Report abuse

A book thief
5.0 out of 5 stars Quick easy read, loved it
Reviewed in the United States on September 27, 2019
Oh my!! Who doesn’t love a hot firefighter?!? Well, obviously his girlfriend. Shane Dugan, moves back to his town to become a fireman, while his girlfriend goes to Milan to work. He needs to find a place to live for a short time, enter Kit; bridal seamstress. Her and Shane meet through her next door neighbor, Hop. And all I can say is let the games begin. Kit’s life is totally messed up since her boyfriend feel in love with her cousin; which said cousin is marrying in their grandmas wedding dress. Yeah, not Kit’s finest moment. Shane saves the day by fibbing, he is kit’s new boyfriend. When this wedding is done, will Kit and Shane be done too?
Read more
Helpful
Report abuse

Sarah
3.0 out of 5 stars a cute storyline
Reviewed in the United States on October 4, 2019
I will say I did not read the first book in this series so I am not sure what I missed, however that being said this is a new book new author for me. I found the storyline cute, not very original in fact I found the story completely predictable. I did like Hop and Kit's mom they were so funny and cute. Kit seem to never let her guard down evening certain situations in the book where is seemed the author wanted you to think it was down. I also felt like sometime the author repeated herself regarding Kit's "situation". I did like Shane but he too seemed on the fence almost the whole story. The book does have some sex in it and some language. Over all this book did feel like quick read to me. I received an advance copy from the publisher via NetGalley. I was under no obligation to post a review and have given my honest opinion
Read more
Helpful
Report abuse

Delacey
4.0 out of 5 stars Cute story
Reviewed in the United States on September 10, 2019
I enjoyed this cute story. A nice take on the fake relationship. No cheating by the H or h. The plot was pretty good, the character development could have been a little stronger. I also would have liked seeing a little more time together with the H&h. Overall, an enjoyable quick read. *I received an ARC of this book from NetGalley and this is my voluntary and honest review.
Read more
Helpful
Report abuse
See all reviews
Back to top
Get to Know Us
Make Money with Us
Amazon Payment Products
Let Us Help You
EnglishChoose a language for shopping. United StatesChoose a country/region for shopping.
© 1996-2022, Amazon.com, Inc. or its affiliates