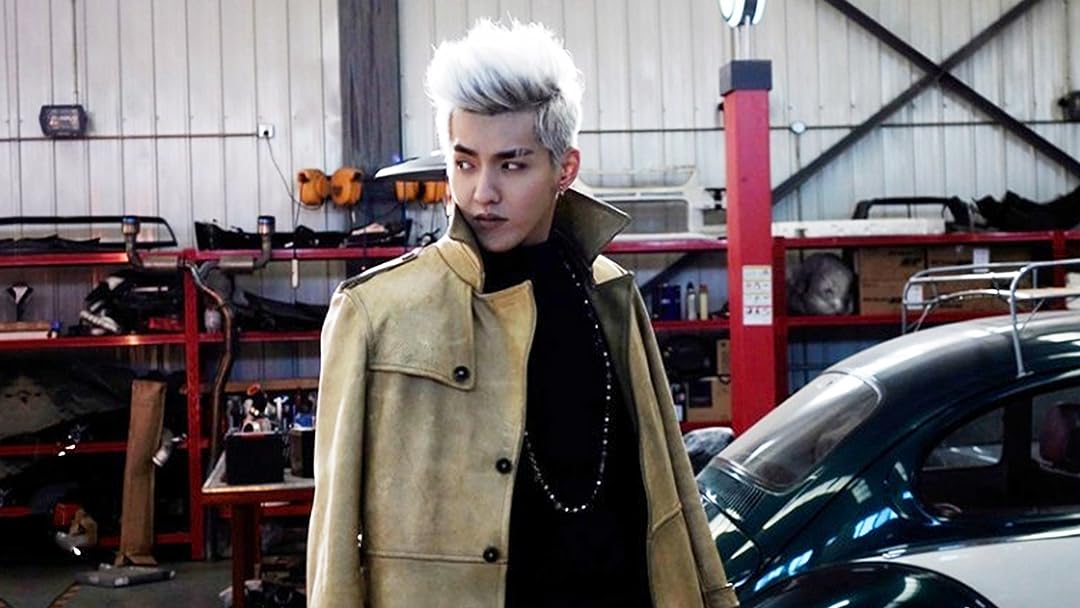 (43)
6.92 h 16 min201513+
'Mr. Six,' an aging mobster facing terminal illness, gets back in the game to protect his family against the next generation of drag racer punks (led by Chinese megastar Kris Wu). Together with his old underworld comrades, Mr. Six wages one last all out war.

Ghost MasterReviewed in the United States on December 21, 2018
5.0 out of 5 stars
Mr. Six
Verified purchase
I first came across this title through Youtube where fans of the movie had posted brief segments of it by referring to how it was about a clash between two different generations, young and old, as well as between the common people and those who are wealthy, where at the center of it all was an aging former gangster boss who retained the love and respect of his gang and that of the surrounding community. For the most part, he was spending his twilight years being satisfied to just live each day in peace until finding himself in a conflict where he found himself coming to the aid of his estranged son.
Ultimately Mr. Six represents some of the emotions and attitudes that many find themselves facing as they grow older within a society that eventually forgets and moves beyond our singular relevance. And though the movie is not in English do the subtitles still make it enjoyable with a little practice between watching and reading any corresponding dialog. It's a great movie and though a long movie does the scripting and professional acting keep you interested from beginning to end.
2 people found this helpful

nycReviewed in the United States on October 19, 2017
5.0 out of 5 stars
Mr. Six is Not a Martial Arts Movie and Shows Very Little Violence, But You Understand It All From Stories Told
Verified purchase
This movie is spoken in Mandarin with English subtitles, and it takes place in Beijing, China. This is not a movie of fight scenes, so don't watch this looking for martial arts. This movie is excellent in terms of story and is told without showing much violence. Mr. Six is the father of a young son and the two do not get along due to a generation gap. They don't think alike or know each other's lives until one day Mr. Six finds out that his son is kidnapped by a young gang headed by a son of a wealthy family. The young gang is infamous for racing expensive cars and his son somehow got into the mess of scratching up one of the cars after flirting with the gang leader's girlfriend at a club. Now, Mr. Six must find a way to rescue his son.

In the home front, Mr. Six is well respected by the community and even the police are aware of who he is and must offer him respect when he speaks. Mr. Six is a very reasonable guy and watching him speak makes you understand how he has earned their respect. He's not wealthy and owns only a small shop that sells miscellaneous items. However, when he speaks, people listen. At first, all you know is that everyone likes him, but as the movie continues, you realize his past includes something that only the elders are aware of, but not the younger generation. This guy used to be a huge mob leader in his youth and now can still command an army if he calls for their help. The only thing is his army is no longer so young and they are mostly senior citizens. He doesn't like to bother his troops unless he desperately needs to, but even at a time of desperation he will go at it alone rather than bother his friends.

Usul 1984Reviewed in the United States on August 19, 2019
1.0 out of 5 stars
NO POINT!!! CLICHE!! ANTICLIMACTIC!
Verified purchase
Damn, where to begin...
Its like they took a bowl of HK gangstery movie cliches, grabbed a hand full randomly and made this. I could really see them doing that too. Maybe I should start w the androgynous super villain rich kid and his gang of pseudo threatening cliche'd up tough guys or maybe ill start w the
Somewhat Confucius-like mobster father of a f-up son. The traditional dad has some well meaning morals and principles that basically go to waste when dealing w this new breed of nihilistic youth....same old story.
Old school gangsters vs. New school punks plus the androgynous guy with the Ferrari who stands or sits and does the talking thing w his funny mouth.
***VERY ANTICLIMACTIC!!!!!!!!***
SAVE URSELF 2HRS AND JUST GO TO THE LAUNDROMAT AND STARE AT SOMEONE ELSE PLAY VIDEO GAMES ON A BUSTED MACHINE.
....I felt so bad after this movie that's what I did.
I wish I could add a picture of my face how it looked after sitting through that.
IF THE MAKERS OF THIS MOVIE ARE READING THIS,
READ THIS.
HERE PLEASE READ ON
KEEP READING AND
READING AND
I JUST NEVER GET TO A POINT.
I JUST DID TO YOU WHAT U DID TO ME FOR 2 HOURS!!!!!
3 people found this helpful

Baker's DozenReviewed in the United States on March 17, 2019
1.0 out of 5 stars
Boring
Verified purchase
Ultra slow, boring and long. Waiting for a deep insight into modern Chinese culture but got nothing. I don't even understand the ending, people running across the ice with no resolution at all. If old man Mr. Six is so useless then it wasn't necessary to make a movie about him. Thanks for wasting my time.
2 people found this helpful

Jamie DriggersReviewed in the United States on December 20, 2018
4.0 out of 5 stars
This is not a action movie
Verified purchase
This movie was amazing, definitely not what i expected. Its about Asian thugs but has a surprisingly low amount of action. It is more a story about a tuff old man and his son reconnecting. It was very touching and my only complaint is that there are points in the movie that get very slow and last a little to long. definitely worth the watch but its not perfect.

Aadi BReviewed in the United States on June 25, 2021
5.0 out of 5 stars
Beautifully Portrayed!
Verified purchase
For those who are into action, this is not for you. This is a movie for people who will understand the struggles of poverty, mobs and gang wars. It is for those who may have experienced such events first hand, and those who would be willing to see what it is really like living on the dark side of life. I had initially expected Kris Wu to be the main character, but seeing that the he was played by someone who represented the people, the movie was all the more better. I would definitely recommend this movie to friends and family.

nn86Reviewed in the United States on December 27, 2020
1.0 out of 5 stars
No Action, just pointless rambling
Verified purchase
This movie sucked. Thank God I didn't have to pay for this. I saw a few clips on Youtube and thought it was interesting, and surprisingly, the clips were the only interesting thing about the movie. Anti-climactic, and the story is shaky and weak.

ChristinaReviewed in the United States on September 7, 2017
5.0 out of 5 stars
Compelling
Verified purchase
The cast portrayed well rounded characters that lets viewers experience the life of someone who has past their prime and now struggles to live by their principles in a time where those rules have been thrown out of the window. Definitely watch the additional scene before the final credits roll.
3 people found this helpful
See all reviews
Back to top
Get to Know Us
Make Money with Us
Amazon Payment Products
Let Us Help You
EnglishChoose a language for shopping. United StatesChoose a country/region for shopping.
© 1996-2022, Amazon.com, Inc. or its affiliates