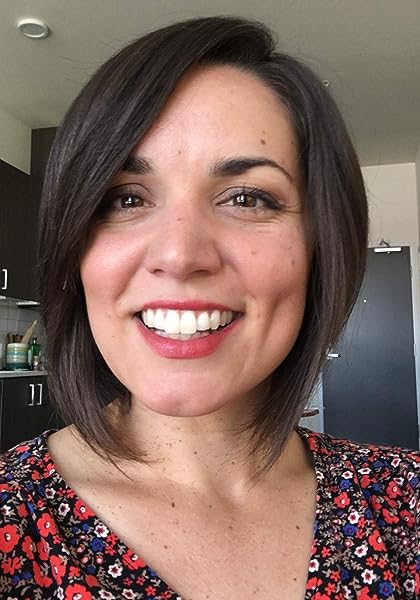 by Erin Johnson (Author)
4.4 out of 5 stars 529 ratings
Book 1 of 6: Magical Renaissance Faire Mysteries
See all formats and editions
Sorry, there was a problem loading this page. Try again.

Trapped in a magical Renaissance Faire and accused of murder. Huzzah!

When Adelaide “Laidey” Ryan dragged herself off the couch for a date at the Renaissance Faire, she didn’t expect to run into her cheating ex-fiancé. The day only gets better when she winds up trapped on the magical grounds and discovers she’s a witch. And the best part? She’s charged with a homicide she didn’t commit.

With the “help” of a snarky talking cat, this former Pilates teacher will have to wade through a turkey-leg sized list of suspects to find the real killer, all while juggling her new job as a broom maker’s apprentice. Despite her troubles, there’s a dashingly handsome pirate captain who has her heart aflutter. But time is running out on her sleuthing, and the lazy sheriff is eager to march her to the gallows.

Can Laidey catch the murderer, or will her snooping make her Faire game for the killer?

Much A’Broom About Nothing is the first book in the humorous paranormal cozy series, Magical Renaissance Faire Mysteries. If you like snarky heroines, twisty mysteries, and a hint of romance, you’ll love curling up with Erin Johnson’s charming whodunit.

Buy Much A’Broom About Nothing to solve a sweeping mystery today!

A native of Tempe, Arizona, Erin spends her time crafting mysterious, magical, romance-filled stories that’ll hopefully make you laugh. In between, she’s traveling, napping with her dogs, eating with her friends and family, and teaching Pilates (to allow her to eat more).

Anna J
4.0 out of 5 stars So fun!
Reviewed in the United States 🇺🇸 on December 29, 2022
Verified Purchase
I adore this mystery story, which kept me guessing until the conclusion, when the perpetrator was exposed. I admire how Laidey was able to recover from such an unexpected change of events in her life in order to assist others at the Faire and prove her innocence.
Read more
Helpful
Report abuse

Brad Friedlander
5.0 out of 5 stars Compelling Story
Reviewed in the United States 🇺🇸 on December 25, 2022
Verified Purchase
Great character development. The world view is exposed as Adelaide, our protagonist, learns about the new world in which she is trapped. The detective work fits the story and doesn’t involve leaps of faith to believe it.

This was a fun story to read and a great introduction to the series.
Read more
Helpful
Report abuse

Kate Richman
4.0 out of 5 stars What a fun take on the Ren Faire!
Reviewed in the United States 🇺🇸 on November 18, 2022
Verified Purchase
This book was a fun romp and a great new take on the behind the scenes at the Ren faire!
Read more
Helpful
Report abuse

Kindle Customer
5.0 out of 5 stars Total fun
Reviewed in the United States 🇺🇸 on December 14, 2022
Verified Purchase
New way for witches and mystery. Love the suspense. Really has your thinking all the way through. Quick, fun and exciting read.
Read more
Helpful
Report abuse

Amazon Customer
5.0 out of 5 stars Great Story, Characters, Action...
Reviewed in the United States 🇺🇸 on November 29, 2022
Verified Purchase
This was one of the better books I've read in this genre, especially recently. It's well written, with characters you can care about, a story line that keeps you interested, and enough mystery that not everything is figured out ahead of time. Definitely recommended.
Read more
Helpful
Report abuse

SLA
5.0 out of 5 stars A while lot of fun!
Reviewed in the United States 🇺🇸 on November 19, 2022
Verified Purchase
This book was entertaining and amusing, and just a whole lot of fun to read! The only thing it needed was a little more magic. I hope in the next book that we get to see the main character develop and explore her magic more, as I'm curious to see what kind of magic she has.
Read more
Helpful
Report abuse

D.J. Acrey
5.0 out of 5 stars Fantastic First in the series!
Reviewed in the United States 🇺🇸 on November 18, 2022
Verified Purchase
I couldn't put it down! I love all the characters, I did have it narrowed down to two on who done it, before I was half way through, but Mort the cat wouldn't let me close the back lol
Definitely worth a read if you are a cozy mystery fan!
Read more
Helpful
Report abuse
See all reviews

Julie
5.0 out of 5 stars Huzzah
Reviewed in the United Kingdom 🇬🇧 on November 23, 2022
Verified Purchase
I loved this book. I have loved all the previous series by this author but wasn't sure that I fancied this series, especially as it is written by different authors. However if the rest of the series is like this one then I will definitely be reading the rest. So glad I gave it ago, in fact I couldn't put it down and had read it in a few days. The reason I liked it so much was well everything. The characters were fun, even all the suspects had me hoping it wouldn't turn out of be them the more we learnt about them. The talking cat was a nice addition and a must for cozy paranormal mysteries. The mystery was good and kept me guessing. The only thing I would have liked to have known was why she was trapped in the Renaissance Faire, what kind of magic did Adelaide have? because she never really used it. The Renaissance Faire was an unusual setting especially with all the magical people/creatures walking around but it actually worked. A great start to a new series by a talented author that never fails to entertain.
For Adelaide the last thing she wants to see is her ex boyfriend with the woman he cheated on her with while she is on a disastrous date at the Renaissance Faire. She storms off and is warned by a handsome stranger to avoid the candy store. Unfortunately she fails to take the warning seriously and now she is trapped in the Renaissance Faire. The woman who kindly takes her in is found murdered the next morning and as the prime suspect she is sentenced to hang. Unless she can find the killer first. With the woman's death Adelaide inherits her talking cat and the two of them will have work together to narrow the list down. Can she find the killer and make a new life for herself in the strange new world she finds herself trapped in?
Read more
One person found this helpful
Report abuse

Miss T
4.0 out of 5 stars Adelaide's adventure
Reviewed in the United Kingdom 🇬🇧 on April 2, 2022
Verified Purchase
Adelaide, Laidey, has been through it over the last year having lost her fiancé to another woman and sold up her Pilates business because she spent far too much time dealing with the running and no time doing the Pilates she loved.

Finally trying to get out she goes on a rather unsuccessful date to the Renaissance fair and her troubles only seem to get worse.

Bumping into her ex and the woman he cheated on her with she exacts a little revenge without any understanding of how, following it up with a binge he consumes magical candy that traps her within the fayre but this is only the start of her problems..

I enjoyed this book.. I'm not sure about the next one's.. I hadn't noticed that they were written by different authors and the last time I did this I found that the quality is not always equally shared between the author's.. yes I found Erin, and I have really enjoyed her books, but I found more who wrote less successfully and to get to the end of that series became a bit of a chore.

I have my fingers crossed.
Read more
Report abuse

Federica De Dominicis
5.0 out of 5 stars Love, love, love!!
Reviewed in the United Kingdom 🇬🇧 on April 26, 2022
Verified Purchase
I waited quite some time before picking up this book from my virtual tbr pile, expecting the need to be in the mood to be paramount to dive in a renaissance theme....I WAS WRONG!!
The humour, the writing, the plot, the characters, I can keep going on listing, everything is perfectly crafted and the mood will descend on you no matter what.
I'm now going to start the second, while eyeing the third, book. Thankfully I heard three more are in the making, because I'm now addicted!!
Read more
Report abuse

Hilary Collins
5.0 out of 5 stars Brilliant Series
Reviewed in the United Kingdom 🇬🇧 on November 20, 2022
Verified Purchase
Much A’Broom About Nothing (Magical Renaissance Faire Mysteries Book 1) by Erin Johnson. Adelaide “Laidey” Ryan went to the Renaissance Faire. When she tried to leave she couldn’t. She was trapped and the following day was accused of murder.
Read more
Report abuse

Emma/Ann Prosser
4.0 out of 5 stars An excellent start to a new series
Reviewed in the United Kingdom 🇬🇧 on September 3, 2021
Verified Purchase
The first in a new series of cozy mysteries set in an enchanted Renaissance Faire. Adelaide Ryan, following the break up of her engagement, sets out to have an adventure. She finds herself trapped in the Faire, trying to clear herself of a murder charge. Along with a snarky cat and a dashing pirate captain.
Read more
Report abuse
See all reviews