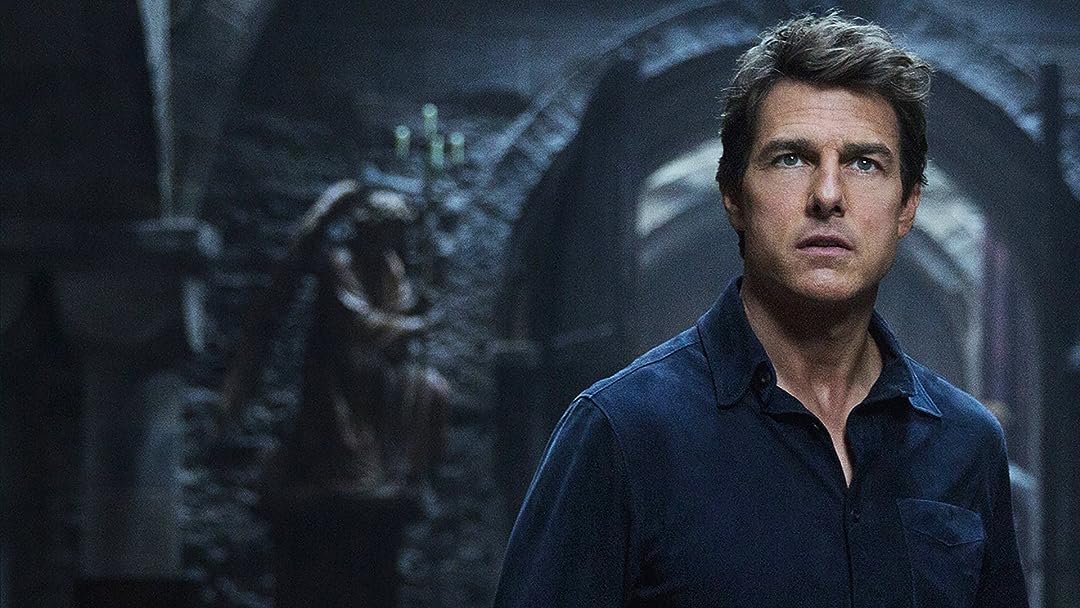 (21,402)
5.41 h 50 min2017X-RayHDRUHDPG-13
Tom Cruise stars in this spectacular version of the legend that has fascinated cultures all over the world since the dawn of civilization: The Mummy.

ALPReviewed in the United States on September 29, 2017
4.0 out of 5 stars
Critics Ease Up!
Verified purchase
People are so spoiled and techno-wise about how movies should be made and played. Just enjoy the films for what they are. There was nothing wrong with this film. I enjoyed excitement, (which wasn't over the top) and the absence of a profanity riddled script. Maybe the problem for some people is trying to see Cruise as someone other than Ethan Hunt. There have been mummy movies since Bella Lugosi days and a lot of them not so hot but to me this is a better adaptation thanks to the special effects and the seasoned actors. Don't let the couch critics be kill-joys and just enjoy a nice flick. Every movie is not an Oscar potential or bust occasion.
146 people found this helpful

MegsJediReviewed in the United States on September 4, 2017
3.0 out of 5 stars
Get your gods straight!
Verified purchase
Sofia Boutella was robbed of a genuine chance to shine in this movie. Her Star Trek Beyond character had more depth and life. But, many of us are armchair archeologists and know the traditional names, Amaunet is as good a name as any. Honestly, flipping the story of the last set of Mummy movies from Imotep to Amaunet made Tom Cruise look like the damsel in distress, which is amusing. Paying attention will keep confusion at bay. This could have been better, but it truly could have been worse. The cinematography and some stunning visuals make this flick worth watching.

In case you don't know, the Egyptian god of the dead wasn't Set, it was Anubis. Set was the god of chaos. Switching that up made no sense, any the good guys... The Medjai they ain't.

A. MullenReviewed in the United States on September 20, 2017
2.0 out of 5 stars
Dark Universe? More like Dark Tedium...
Verified purchase
As a fan of the 1932 and 1999 versions of 'The Mummy', I watched this to see if it might have improved on the Brendan Fraser franchise. In short: NOPE.

Production values were very good (1 star) and Sofia Boutella is a personal fave (1 star), but while branded as the kick-off for Universal's 'Dark Universe' series, there wasn't anything particularly dark about it (no stars). And watching Tom Cruise phone in a twit character for 110 minutes did not make for riveting cinema. (Certainly made me wonder how much emotional 'method' Tom had to dig for to achieve oneness with his character.)

Of course, a lot of it had to do with the script. Or lack thereof. Most of the 'crackling' dialogue comes across as 'almost' good jokes; the kind that might have been amusing if the writers had thought to include the punchlines. The writers really should have watched the Brendan Fraser movies for a refresher in snappy repartee (or even 'Abbott and Costello Meet the Mummy').

Lastly, rehashing the same old Mummy story line is getting boring. Why not recognize it as something that no one else has: As a love story that spans millennia? [Spoiler alert] Consider, Nick Morton didn't get the girl in this movie. He wound up in the desert with his sidekick. Why not have Nick (as Nick/Set) recognize his timeless love for Ahmanet and wander off into the desert to create their own private Hamunaptra? We don't need world domination, but maybe just a little love, romance, and redemption. How about that for a refreshing change, huh Hollywood? [/Spoiler alert]

Overall, I should have waited until this went Prime. Or better yet, just skipped it and rewatched the 1999 version (although I did prefer Sofia Boutella's mugging the sandstorm to Arnold Vosloo's). Not recommended.

Amazon CustomerReviewed in the United States on December 7, 2017
5.0 out of 5 stars
The perfect enjoyment-mode type of movie.
Verified purchase
I've always enjoyed Tom Cruise, and i loved the Mummy series starring Brendan Fraser (excluding the Dragon Emperor one). But the only thing that Fraser's Mummy and Cruise's Mummy share, is the title. I enjoyed both The Mummy/2 and Tom Cruise's The Mummy, for very different reasons, Partly for the fact that it has Cruise, Russell Crowe, and Annabelle Wallace (who i find drop dead gorgeous, .....besides the point) stare in this film, but mostly it's because of the darker tone they add to this film. The only gripe i have with the movie is that the ending was very bland. But, it leaves room for a chance at a sequel!

I don't necessarily care about what some big shot head of lettuce reviewer thinks about this movie, I guessed the plot about 30 minutes in but my brain was already shutting down and going into enjoyment-mode, if you want to enjoy this movie like I did, i suggest you do the same. :)
47 people found this helpful

MarissaReviewed in the United States on August 16, 2018
5.0 out of 5 stars
I did not expect to love this movie!
Verified purchase
I truely did not expect to love this movie. I was very pleasantly suprised. So much of what people are complaining about is due to a lack of understanding that they A: Are not trying to remake the Brendan Frasier Mummy and...B: That this is set to be the first of MANY movies. Hence characters and refrences that seem like they don't belong. I thought it was a fun take on the genre, which has a nasty habbit of getting stale, and I was most certainly entertained. I liked the subtle nods to previous films. Plus, I couldn't stop laughing the first time TC saw the skulls. Great nod to movies yet to come and a role that Tom once played all at once. I think if watched with the right view point, this movie could entertain everybody.
33 people found this helpful

D. DorightReviewed in the United States on October 24, 2018
1.0 out of 5 stars
One of the worst movies ever made
Verified purchase
When you imagine the worst movie you've ever seen, it's usually something hilariously bad, like Troll 2. Something that has you laughing every minute at how poorly put together it is. But the truth is that Troll 2 isn't even close to the worst movie ever made, because it provides entertainment value with how terrible it is. Enter The Mummy. It provides nothing, except for brief confusion brought on by a truly awful script.

Tom Cruise goes through bizarre incident after bizarre incident and never seems to react like a human being. There's a line of dialogue in the first few minutes where an army officer says "I know you've been stealing ancient artifacts instead of fighting terrorists. I'm going to dishonorably discharge you as soon as this is done." Ten minutes later, he says "Hey, Tom Cruise! Go into that mysterious ancient temple. It's probably full of really valuable artifacts." What?? You just said you didn't want him to steal anything!

The only thing memorable aside from the confusion is that the actress playing the mummy is pretty, but even that's damaged by the fact that they have her mostly naked throughout the film. It feels very cheap and sleezy. The acting is awful and the plot makes no sense. It also shamelessly rips off An American Werewolf in London. Just watch the Brendan Fraser one instead.
19 people found this helpful

Russell SReviewed in the United States on September 19, 2017
2.0 out of 5 stars
I wanted a Mummy movie not a Tom Cruise movie.
Verified purchase
I have a message for the creators of this movie ( I use the term loosely) and also to the ones who seem to love this thing. This was not a Mummy movie which I wanted, I loved the lady Mummy, she was terrific, My problem with this was it became a Tom Cruise movie not a Mummy Movie. It came across to me as Mission Impossible in the desert. I really think that they should not have put a "name" actor in this part or in any of the future "dark universe" movies, if there will be any. They should have gone for no-name casts and made the "monsters" the stars of this movie and not Cruise.
138 people found this helpful
See all reviews
Back to top
Get to Know Us
Make Money with Us
Amazon Payment Products
Let Us Help You
EnglishChoose a language for shopping. United StatesChoose a country/region for shopping.
© 1996-2022, Amazon.com, Inc. or its affiliates