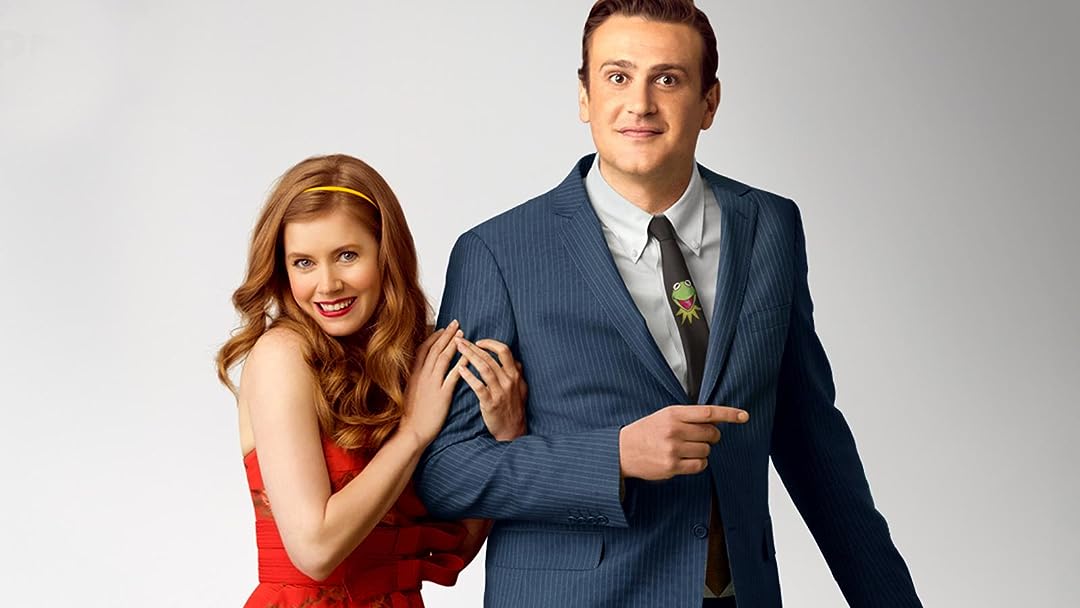 (2,080)
7.11 h 42 min2011X-RayPG
Walter, the world's biggest Muppet fan, and his friends uncover a diabolical plot to destroy the Muppet Theater. Quickly, they must reunite Kermit and his fuzzy friends to stage the greatest Muppet telethon ever and save their beloved theater.

Michael MitchellReviewed in the United States on March 13, 2018
4.0 out of 5 stars
I really enjoy this film a lot
Verified purchase
I really enjoy this film a lot, but my digital code was also invalid. I placed the disc in my drive on my PC and I just couldn’t get it to work. I was just about to initiate a chat with Amazon to return it but then I found a way to get it working:

1. Load the digital copy disc and try to redeem it. You’ll get an error or something where it says it can’t connect.

2. Open up iTunes. There should be an automatic screen that will appear in iTunes as it attempts to register the code from the disc. You might be asked to sign in but then it should process the code.

The movie should be added to your digital library and this film is Movies Anywhere compatible so you should also be able to watch it in your video library on Amazon.

So, give it a shot. It worked for me and I’m quite glad because I buy these movies for the digital code for the convenience to be able to stream my films without having to use the disc.

Clarence Poopsey WilliamsReviewed in the United States on March 29, 2018
5.0 out of 5 stars
The digital code is a pain but it does work
Verified purchase
This is a 2011 disc with an old fashioned digital code redemption method. You must have iTunes active on your computer/laptop, have a CD/DVD drive and the code itself. If all goes well you will have a copy that will feed into movies anywhere and then onto other services as well such as amazon prime, vudu, Fandango, and google play.
6 people found this helpful

CGBReviewed in the United States on December 15, 2018
1.0 out of 5 stars
Worst Muppet movie ever.
Verified purchase
I've been a huge fan of the Muppet's, including their old TV show. But, the son is not Jim. This is the worst Muppet's movie I've ever seen. I fell asleep half way through. Not funny and very A political. I wouldn't waste 2 bucks on a rental on this one. The son needs to take a step back and really look at what his dad built and where he should go with it. Or, just take the money and get the H out of the business. I'd never buy a Muppet's movie again without seeing it first.
One person found this helpful

DavidReviewed in the United States on November 12, 2012
5.0 out of 5 stars
Mahna Mahna
Verified purchase
What a fun movie! Thirty years have passed since The Muppet Show aired its last episode. Kermit the Frog, Miss Piggy, Fozzie Bear and the rest of the cast have all scattered to individual pursuits. Their old television studio sits in ruins. A young fan named Walter (actually a muppet himself) visits the studio with his brother Gary (Jason Segel) and Gary's longtime girlfriend Mary (Amy Adams), to fulfill a lifetime dream. While there, he overhears the evil plot of oil baron Tex Richman (Chris Cooper), who is planning to take over the studio and destroy it for the oil that lies underneath. The only way out is to raise $10 million . . . and soon. Walter purposes to reunite the Muppets for a fund-raising telethon to save the studio and thereby the Muppet legacy. Can they raise the money in time? Or does no one care anymore about the Muppets?

This movie has it all--sympathetic characters, action, comedy, romance and musical numbers. And it all works. Particularly hilarious are the multiple times that the actors "break the fourth wall" and speak directly to the audience about the movie. An extensive number of cameos by well-known actors round out the fun.

Critics were pleased as well. Rotten Tomatoes gives it an impressive 96% rating. With this film, Segel has successfully reinvigorated the Muppet franchise. A sequel has already been announced.

The blu-ray transfer is top-notch. Audio and visual are both strong. Colors are vibrant, and the sound is clear. The disc contains a number of special features, which are all listed in the product description above.

I highly recommend The Muppets for all ages. It is a "must see." More movies like this, please.
2 people found this helpful

J MilReviewed in the United States on January 9, 2020
2.0 out of 5 stars
No Longer Valid for Digital Copy Or Soundtrack!!
Verified purchase
I would not have paid EXTRA if I had known the codes for digital copy and the soundtrack were no longer supported since Disney moved to MoviesAnywhere...I’m noting it so no one else wastes theirs.
3 people found this helpful

MurphReviewed in the United States on February 20, 2013
2.0 out of 5 stars
The stars are for the DVD, *not* the actual movie. Read on....
Verified purchase
Love the Muppets. Couldn't wait to see this one. Glad I did. Cute movie.

The DVD itself sucked. The viewer is more or less forced into watching what seems like 20 minutes of commercials and trailers before you see the main menu. (I say "more or less" because you have to make a rather ambiguous selection as soon as it starts, if you guess wrong, then you get commercials which are unskippable once started.)

Then, once you get to the menu, that's it. No extras, no bloopers, trailers, behind the scenes, tributes to Jim Henson, or anything. Apparently you have to buy the Blu-Ray for that? I'm not really sure, but as a huge fan of the Muppets, that was pretty disappointing.

However. The film itself was fun, lots of harmless double-entendres and cameos to keep the grownups happy, and songs and jokes for the kids too. Lots of "meta" humor as well which I thought was fun. Scenes like this in the beginning of the film: "So, Kermit, do you think we can do it?" "No. Absolutely not." "Wow, this is going to be a really short movie..."

Eh. Get it. Enjoy it. For $5 you can't go wrong with this version. For $20, it's a disappointment.
3 people found this helpful

GabeReviewed in the United States on November 3, 2013
5.0 out of 5 stars
I'm a Muppet of a man...
Verified purchase
I watched the Muppets many times as a child, and always enjoyed the antics of Kermit, Gonzo, Animal, and friends. I was really pleased with this movie, and how it tastefully breathes new life into the old franchise. I was particularly pleased to see that this was not a "reboot"- which is by far the easiest and most popular mannner by which old series are revisited. Rather, "The Muppets" continues the long running story, with all the characters having left the theater decades ago, now pursuing their own, weird lives in different parts of the country.

Most important of all, this movie successfully captures the laugh-out-loud good times for which the Muppets became famous. It starts out a little slow, but before long, I was clutching my sides with laughter as the movie delved into the bizarre with things such as the "eighties robot" and Tex Richman's elaborate way of declining business propositions (which includes a rap song and dancers busting out of his office closet). Jason Seagall and Amy Adams keep things "human" and heartfelt, propelling the movie along with their delightful song and dance numbers, such as the hilarious "Me Party". Highly recommended to all fans of Jim Henson and the Muppets- and be sure to check out the blooper reel!
2 people found this helpful

Scott TurnerReviewed in the United States on June 11, 2012
5.0 out of 5 stars
A charming and ever-so-slightly subversive reintroduction to The Muppets
Verified purchase
[May contain mild spoilers]
I used to watch The Muppet Show regularly, and loved the first movie ([[ASIN:B000ATQYTM The Muppet Movie]]). The Muppets manage to produce a blend of entertainment that is funny and engaging (and appropriate) for kids, while having another layer that makes it equally entertaining for adults.

For example, in this new installment, during one of the opening song and dance numbers, the crowd of singing/dancing people and Muppets move down a backlot city street, and they pass a hippy who looks very much like Willie Nelson, who pipes up to sing the word "high" in the song.

Now, for our toddler daughter this meant nothing (other than a funny looking guy singing), but my wife and I cracked up.

Similarly, during the finale when the Muppets are putting on a show, there is a number performed solely by chickens, and it's a cover of Cee Lo Green's song 'Forget You'. Sung by chickens. Chickens who cluck. As in, cluck you, which is remarkably close to the uncensored version of that song.

Again, that will fly over younger kid's heads, but I had to pause the movie and LOL for a bit, then rewind and see it again. Classic Muppet stuff.

And it's not just about the subversive bits, or the cameos, either. The film feels true to the sensibilities of the Muppets, and, frankly, I've been worried about them becoming assimilated by Disney and turned into...well, who knows what, but not what they were. I am happy (and thankful to Disney) to report that these are the Muppets, as we know and love them, updated for today's audiences but without losing their character or personalities.
See all reviews
Back to top
Get to Know Us
Make Money with Us
Amazon Payment Products
Let Us Help You
EnglishChoose a language for shopping. United StatesChoose a country/region for shopping.
© 1996-2022, Amazon.com, Inc. or its affiliates