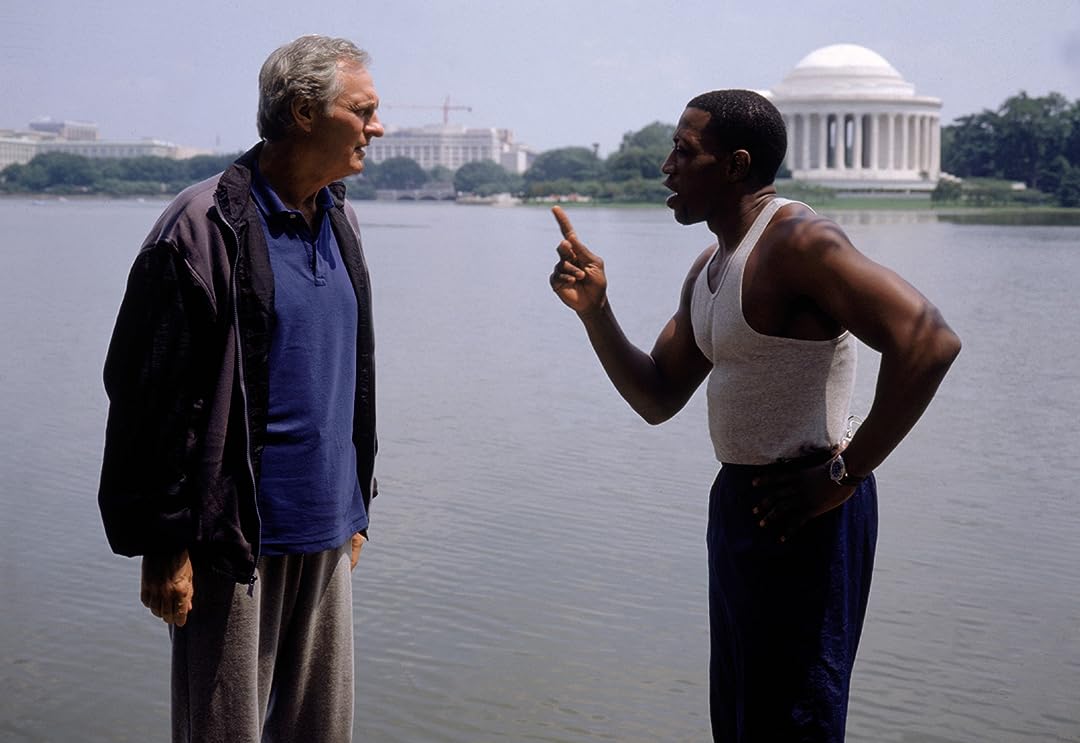 (1,948)6.11 h 46 min1997X-RayR
When a veteran Washington D.C. police detective (Wesley Snipes) is called in to investigate the murder of a woman at the White House, he uncovers a complex web of corruption and deceit.

GrinderCBReviewed in the United States on July 3, 2021
4.0 out of 5 stars
Good movie as an action-thriller.
Verified purchase
Terrific political suspense crime thriller. Wesley Snipes plays a D.C. homicide detective investigating a murder of a Presidential aide inside the White House. He butts heads with the F.B.I. and Secret Service over jurisdiction and finds himself in a maze of political corruption. Snipes does well in his role, Diane Lane was adequate as his Secret Service liaison but Daniel Benzali was miscast as the Secret Service Presidential detail chief, which should have gone to someone who wasn't such a tough guy. Also featured Dennis Miller as Snipes' wisecracking partner, Ronny Cox as the President and Alan Alda as the National Security Director.

Judith A. CarlsonReviewed in the United States on January 31, 2016
5.0 out of 5 stars
Excellet thriller, with a surprise ending.
Verified purchase
After I saw this movie on TV and kept watching it every time it was on I decided it was time to own it. Wesley Snipes plays the part of a DC homicide detective who is in the position of having to solve the murder of a woman who was found stabbed to death in one of the White House bathrooms. However, his investigation is hampered by the Secret Service because they withhold information he needs on the grounds that it is top secret and he is not cleared to have it. To make matters worse, the president's son soon becomes a suspect and the president is being criticized by both members of his administration and the public for not going to war with North Korea in order to rescue hostages they're holding. Finally, though, he convinces one of the agents (Diane Lane) that the person the White House is accusing of the murder is innocent and tells her that if she can watch an innocent man burn for something he didn't do then fine, but he can't. Well, she can't either, so she helps him find the real murderer - and talk about a surprise ending!
6 people found this helpful

johnReviewed in the United States on June 1, 2021
5.0 out of 5 stars
One of Snipes' best films to date, in my opinion..!
Verified purchase
I liked it..!! It's the one "Wesley Snipes film" in which he portrays a character that has a good deal of "personal depth" to his character - as opposed to his "usual" characterizations in which his acting tends to be "shallow" & unimaginative, such as in films like "Passenger 57", "Demolition Man", and "New Jack City". With roles in films like "US Marshals", etc, Snipes became much more "accomplished" ("experienced", perhaps..?) and his performance in the film "Murder at 1600" was nothing short of outstanding, in my opinion..!

clarence a connelly, jr.Reviewed in the United States on March 19, 2013
3.0 out of 5 stars
murder at 1600 is worth watching
Verified purchase
The movie "Murder at 1600" is far from excellent but it is worth viewing. There is some sexual tension between Wesley Snipes and Diane Lane and Alan Alda is cast against type as a villian. Daniel J. Travanti is also fine. The plot is actually fairly predictable. I like Wesley Snipes as an actor but this is not his finest role. He plays a D. C. homocide detective who has to investigate the murder of a staffer that occurs in the White House. Of course, his investigation causes him to bump heads with the White House chief of staff, Travanti and other bureaucrats including the Secret Service. Some of the plot twists are a little far fetched as Diane Lane character being an excellent marksman who won gold at the Olympics.

I enjoyed the movie and would recommend it but also, as with most films set in Washington, D. C. the geography is not quite right. This movie does have some humor as the fact that Wesley Snipes is about to be evicted from his home by some government agency and the tenants in the building think that as a detective, he could influence the eviction.

If this movie was coming out now, I do not know if it would be worth the price of a ticket at the multiplex but to rent it and watch it at home would be fine. Especially if you are a fan of Snipes, Alda, or Diane Lane. They are all fine. The movie could have been a bit better written. Dennis Miller is Snipes partner but he comes and goes in the movie and this hurts his overall impact in the film. The actor who plays the president seems a little weak to actually be a president. I guess that you should realize that this is fiction and not realism.

Jane EyreReviewed in the United States on September 13, 2021
5.0 out of 5 stars
Murder At 1600
Verified purchase
It's a good detective story. Wesley Snipes plays a Washington D.C. police detective called to investigate a murder/rape of a secretary in a White House toilet. It's a twisty story! Wesley is the steadfast, able, and knowledgeable policeman. Entertaining thriller, surprises along the way, all makes sense in the end.

A.J.Reviewed in the United States on April 22, 2014
4.0 out of 5 stars
Was Okay
Verified purchase
I sought this movie out because I read a random review and saw that Dennis Miller had a role. I missed this movie when it was released. I didn't know he had acted in a drama. I only knew him as a comic, a radio show host, and more recently, a comic political commentator. His overall knowledge of everything, coupled with his vocabulary, blows me away. Being somewhat of a fan of his complicated humor, I was delighted to see him in this movie. He acted in a way that is pretty consistent with who I believe him to be. For a prude, I found it was a movie you can watch with your family, once you get past the opening scene. Fast paced. Fairly interesting. Pretty well acted by all. I enjoyed it. Watched it twice.
2 people found this helpful

KatsReviewed in the United States on March 9, 2020
5.0 out of 5 stars
Great movie
Verified purchase
Wesley Snipes' movies are intriguing and worth watching. This one was no different!
One person found this helpful

MZ BLONDEReviewed in the United States on July 3, 2016
5.0 out of 5 stars
If you missed this in 1997, check it out
Verified purchase
This movie is truly suspenseful throughout. Wesley Snipes and Dennis Miller are fine actors, and Diane Lane gives a good performance as a Secret Service agent torn between doing her duties, and exonerating a man set up as a fall guy. The leadership cadre have numerous arguments and brawls, and the ensuing cover-ups seem vaguely familiar in light of the change in leadership events of 2017
One person found this helpful
See all reviews
Back to top
Get to Know Us
Make Money with Us
Amazon Payment Products
Let Us Help You
EnglishChoose a language for shopping. United StatesChoose a country/region for shopping.
© 1996-2021, Amazon.com, Inc. or its affiliates