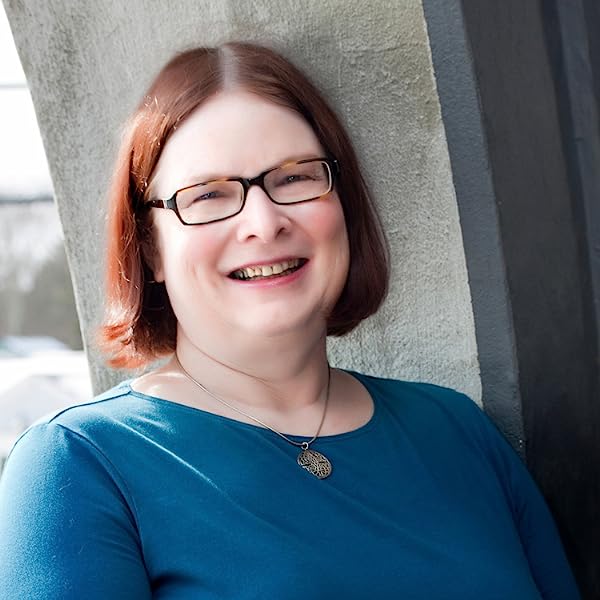 by Sheila Connolly (Author)
4.3 out of 5 stars 325 ratings
See all formats and editions
Sorry, there was a problem loading this page. Try again.

Katherine Hamilton's goal in high school was to escape from her dead-end hometown of Asheboro, Maryland. Fifteen years later she's got a degree in hospitality management and a great job at a high-end boutique hotel in Baltimore. Until, that is, the hotel is acquired by a chain, and she's laid off. When Kate's high school best friend calls with a mysterious invitation to come talk with the town leaders of Asheboro, she agrees to make the trip, curious about where this new opportunity might lead.

Once Kate arrives, the town council members reveal that their town is on the verge of going bankrupt, and they've decided that Kate's skills and knowledge make her the perfect person to cure all their ills. The town has used its last available funds to buy the huge Victorian mansion just outside of town, hoping to use it to attract some of the tourists who travel to visit the nearby Civil War battle sites. Kate has less-than-fond memories of the mansion, for personal reasons, but to make matters worse, the only person who has presented a possible alternate plan is Cordelia Walker—Kate's high school nemesis.

But a few days later, while touring the mansion, Kate stumbles over a body—and it's none other than Cordelia.
Read more
Previous page
Next page

"Readers who like inheritance drama will enjoy this diverting story."

After collecting too many degrees and exploring careers ranging from art historian to investment banker to professional genealogist, Sheila Connolly began writing in 2001, and has now published over thirty traditional mysteries, including several New York Times bestsellers.

Her first full-length, standalone ebook, Once She Knew, was published in October 2012.

Connolly has also published a variety of short stories: "Size Matters" appeared in the 2010 Level Best Anthology, Thin Ice; "Called Home," a short prequel to the Orchard series, was published by Beyond the Page in 2011; and "Dead Letters," an e-story featuring the main characters from the Museum series, will be published by Berkley Prime Crime in February 2012. Beyond the Page also published "The Rising of the Moon," and another Level Best anthology includes "Kept in the Dark," which was nominated for both an Agatha award and an Anthony award for 2013.

She is passionate about genealogy, both American and Irish, and is a member of the Daughters of the American Revolution and the Society of Mayflower Descendants. She is also an Irish citizen and owns a cottage in West Cork.

She lives in a too-big Victorian in southeastern Massachusetts with her husband and three cats. Find out more about her at her website, www.sheilaconnolly.com

Amazon Customer
5.0 out of 5 stars Great cozy mystery!
Reviewed in the United States on September 5, 2018
I really enjoyed this cozy mystery. This is a new author to me but I love the way she details the people and places within. I will definitely be reading more of her books. The main character, Kate, has a lot on her plate and I look forward to seeing how her relationships progress within the community. I would definitely recommend this series to anyone who enjoys a good mystery. There are also several cliff hangers that I am dying to find out about!
Images in this review

SadieBookLady14
4.0 out of 5 stars NEW SERIES. NOT as riveting as her others, but an okay read if you like Other Connolly titles
Reviewed in the United States 🇺🇸 on August 27, 2018
Verified Purchase
I have to admit, a bit disappointed. I love Sheila Connolly's Cork mysteries, as well as the Museum mysteries, and like the Orchard Series as well. But as I read every one, now that they are in hardcover, I sort of expect more for my my three times the price of the paperbacks! I believe it was a mistake to do this, and I think readers will lose as well because when many drop out due to cost, there may not be more titles. But back to this title. AS a new series there is a lot of back ground. The problem is, almost too much, and to be honest SOUNDS a lot like the back ground on two of her other series. Like many other series titles, I fear Connolly is getting a 'formula' that works for some readers, but maybe not those of us who read a LOT of varied mysteries. As a cozy, it is that. NOT too VIOLENT or Sexually explicit (a good thing for me). But, the plots are getting weaker. HAS she created too many now? Maybe a bit more time on the established ones? I have noticed this with two others in the Cork series (and there aren't a lot of those, yet), that it seems like she rushed to get it out while making working on other series at the same time. I miss the dense description and back stories in Cork with MIKE/Maura and the garda friend (Sean?)...ditto at least one other of the Orchards. Haven't seen this with the Museum series (but is this her favorite and she gives it more time?). So you decide. I think I might skip this series if the next one isn't more satisfying. But in all fairness, a first in a series is often detail loaded and not plotted the same way, so I will try another.
Read more
9 people found this helpful
Helpful
Report abuse

Kindle Customer
5.0 out of 5 stars Would you go home again?
Reviewed in the United States 🇺🇸 on February 27, 2021
Verified Purchase
Some how I had purchased book 2 of the series and thought that was alright. A few chapters in I realized I wanted to read the first book because I was hooked on the series already.

It's funny to say but I have fallen in love with the Barton Mansion.
Would I have gone back to the small town I grew up in to help save it from disappearing because an old friend asked ? Doubtful, but that's what Kate did and became involved in a murder and embezzlement. Just because it's Kate's old high school tormenter and someone the whole town hates should she get involved?
After all what does Kate have to do now that she has been made redundant. But her expertise in hotel management is perfect for what the town needs. And with her ideas and connections, well it's a perfect fit.

The characters come to life, but the best part for me was the description of the town and the Barton Mansion.
Soft rolling hills and a sleepy town trying to reinvent itself.

Amazon Customer
4.0 out of 5 stars Enjoyable
Reviewed in the United States 🇺🇸 on October 22, 2020
Verified Purchase
It is enjoyable - and nice to "meet" the characters again. I see there is a #3 coming out in the spring - wonder if that will be the last one, which will be very sad.
Why 4 stars and not 5? Mainly due to the fact that apparently proof readers and copy editors are no longer used in the publishing business. I am finding more and more books with issues with continuity. And unfortunately this one had several issues along these lines. I find that to be not only irritating, but very distracting.
Read more
Helpful
Report abuse

R. Evans
5.0 out of 5 stars Another good series by a good author
Reviewed in the United States 🇺🇸 on August 25, 2018
Verified Purchase
I loved the start of this new series. How do you save a town that is dying? Not easy, but with the help of the town it can be done. Cannot wait for the next book in this series.

Kate knows the hospitality business well and runs/ manages a huge hotel. But when her friend asks her to come back home and help save the town, she plows ahead with the project. Her former boyfriend is there along with the bully of their school and is later found murdered on the steps of the mansion that Kate would love to transform it into a B&B for the town.

I also think that the old plant can be used for something as well. Restore the town, bring it back to life and it will become a great tourist destination.
Read more
2 people found this helpful
Helpful
Report abuse

Ella Reardon
2.0 out of 5 stars So many continuity issues…reads like a first draft.
Reviewed in the United States 🇺🇸 on September 15, 2022
Verified Purchase
There are so many continuity issues. It is an annoying and tiresome read. If you cannot afford an editor, then hire beta readers! Some interesting historical aspects, but reads like a first draft.
Read more
Helpful
Report abuse

Deborah M Almada
4.0 out of 5 stars Off too a great start, can't wait for more
Reviewed in the United States 🇺🇸 on July 5, 2018
Verified Purchase
I love Sheila Connolly's books so I was really looking forward to this new series. I was not disappointed. I love history so the premise of trying to save a small town using history really grabbed me. Kate is an interesting character and I look forward to seeing where she takes this. There is a lot in this book as there is a lot to set up, sometimes the murder takes second place to other mysteries, but that's ok in this volume.

I love that Connolly uses a well loved character from another of her series in this book!