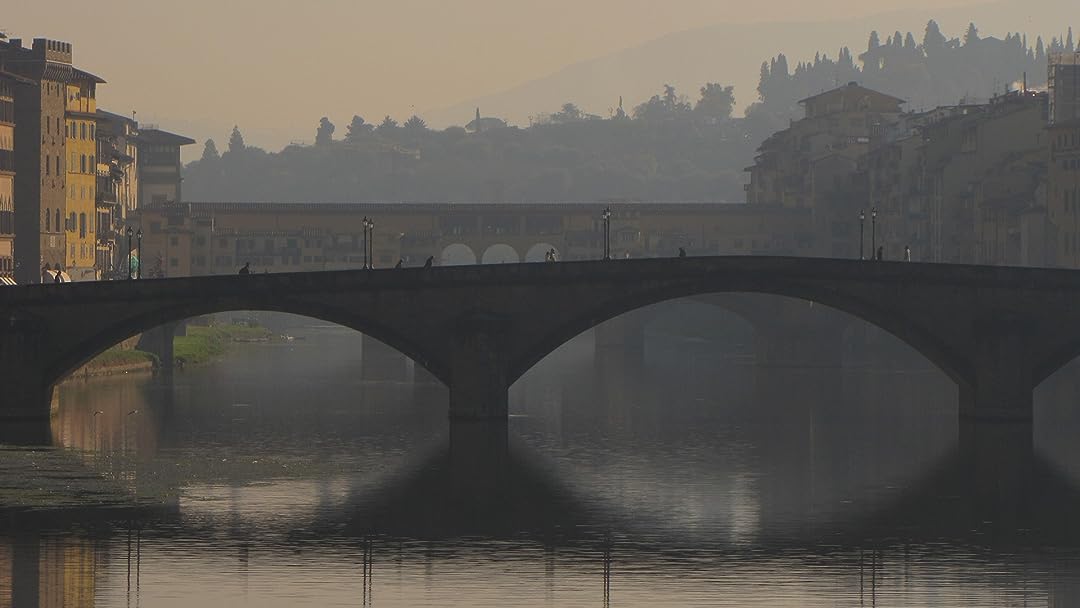 The Murder of Meredith Kercher

(37)
57min201316+
For the first time ever the whole story of the Murder of Meredith Kercher and the subsequent incrimination of Amanda Knox, Raffaele Sollecito and Rudy Guede can be told. From the day of the tragic murder of British student Meredith Kercher in Perugia through six years of trials in Italy to the dramatic final verdict in Rome in 2015. Exclusive trial footage and police film and interviews.

Amazon CustomerReviewed in the United States on March 10, 2019
1.0 out of 5 stars
Story is more about Amanda then the true victim of this crime
Verified purchase
I have been saying this for years - I'm a sick of this story being about Amanda Knox. This story needs to be about the actual victim of the crime, Meredith Kercher. I was pleased when I saw the title of this documentary, was hoping it was going to be about Meredith and her family and the tragicness of her death but no, it was again, all about Amanda. We do get to see clips of Meredith's family in an interview and there is some talk about who Meredith was, but most of this documentary has to do with Amanda, her odd behavior, her arrest and the lengthy trial/acquittal/re-trial/acquittal process. So irritated by this. I'm sick of hearing about Amanda. Poor, privileged American girl, when the true victim is hardly mentioned. I want to know about who Meredith was, her family, how are they coping, their fight for justice. That should be the true story.
24 people found this helpful

Richard A. ColeReviewed in the United States on March 22, 2020
4.0 out of 5 stars
Well?
Verified purchase
This was suppose to be about the young lady who was murdered while an exchange student in Italy. It focused, instead on 2 other topics--- The involvement and tribulation of Knox and her boyfriend; as they dealt with the trials, re-trials, appeals and counter-appeals of the verdicts. And how only one is serving time, on the scantest of evidence.
What is very clear is the almost court jester (No pun intended) judicial system they have in Italy, it is insane and so laughable. Yet it is not laughable, because innocent people end up in jail. If the prosecution didn't like the verdict, they can go after people again and then appeal the Not Guilty verdict. How stupidly moronic and unfair is that?
So, you never really get to know the victim behind this whole Italian legal guffaw. Little is learned about her, how she lived and died, you just to see the impotent and insane legal system in Italy, and how things can go on for years for the guilty and the innocent.
I got to the point, that I didn't even care about Know and her lover, I was sick of the moronic Italian legal system, and didn't even find it any better than what we have, over-all.

ChrisSherrillReviewed in the United States on February 11, 2020
4.0 out of 5 stars
Interesting
Verified purchase
“The Murder of Meredith Kercher”. The title is deceptive. The murder of Ms. Kercher is the backdrop for a film about Amanda Knox and Raffaele Sollicitio, but mostly about Ms. Knox. It does trace the actions of Italian law enforcement and judicial systems as they endeavored to prosecute the three whom the police and prosecutor believed had committed the crime. As an aside, it seems that nothing is made of Mr. Sollicitio calling the Carabinieri to the crime scene. I took it this was a more expert group of policemen. If I had committed a murder, I would be happy that a less professional group was investigating. That’s just a thought. This documentary will probably be of interest to ‘true crime’ aficionados and perhaps to any who followed the case during those years. The documentary used a lot of archival film footage and moved fluidly and without many lagging sections.
3 people found this helpful

HPMcClendonReviewed in the United States on February 25, 2019
3.0 out of 5 stars
Decent Documentary
Verified purchase
I disagree with the reviews that say the presentation is biased. There were points made for both sides, presented in a way that did not seem to push forward any agenda or final outcome. If anything this documentary showed preference to the victim, not any of the accused. Unlike the documentary titled "Amanda Knox" that came out in 2016 this film is much more focused on the victim and victim's family, from title to closing image. However, the Amanda Knox documentary includes details, photos and first-person accounts that are not presented here . I find this documentary to be not only less biased, but not biased at all while the Knox documentary is far more informative. Both are worth watching.
5 people found this helpful

Glama PussReviewed in the United States on July 20, 2020
3.0 out of 5 stars
Knox & Sollecito & Guede are ALL GUILTY!
Verified purchase
Yeah Knox's bloody footprints of the bathroom rug prove nothing in the end, are you kidding me? Her refusing to go back to Italy for the appeal is a sign of...innocence? Sollecito fleeing the country is a sign of...innocence?...There are plenty of blogs out there that show more facts than were in this documentary.
4 people found this helpful

A'lyce A.Reviewed in the United States on December 6, 2019
5.0 out of 5 stars
THE GUILTY GOING FREE
Verified purchase
Amanda Knox, Raffaele Sollecito, and Rudy Guede are guilty of the murder of Meredith Kercher. All three of them were there the night of her murder but it was never determined which one of them actually stabbed Meredith Kercher to death. Even though I enjoyed this documentary, I do feel like more details of the actual crime is missing. And also it is focused to much on the media circus which sadly lead to two guilty people going free, Amanda Knox and Raffaele Sollecito.
3 people found this helpful

13th floorReviewed in the United States on February 14, 2021
2.0 out of 5 stars
Outdated information
Verified purchase
This is obviously an older documentary. Rudy Guede had been arrested on 3 prior occasions for breaking and entering, theft and brandishing a knife. He was the sole perpetrator in the death of Meredith.
3 people found this helpful

CatsForever1960Reviewed in the United States on May 29, 2017
1.0 out of 5 stars
Total Garbage
Verified purchase
This documentary is pure garbage. It is biased and misleading in nearly every way possible. At least my eyes got plenty of exercise….I’ve never rolled them so many times in a single hour. I’m not wasting my time pointing out all of the many distortions and outright lies presented herein. That would require correcting the material literally minute by minute and I won’t dignify it by expending that much effort.

How amazing to see that Rudy Guede was actually mentioned around 17 minutes into the documentary. My goodness, I was expecting to at least get halfway through this slop before it introduced Meredith Kercher’s real, and sole, murderer. And what a nice touch toward the end to be given the heart-rending news of poor Rudy being “beaten up” in prison.

Two quotes, one from Mignini and one from Maresca, were particularly amusing, though, given the hysterical reaction of a tiny group of hate mongers since (and before) March 2015. Mignini confirms on camera that the “erotic game” was “always part of the case”. While Maresca stated, after the March 2015 decision, that the Court of Cassation had “declared the innocence” of Knox & Sollecito. Do tell!
16 people found this helpful
See all reviews
Back to top
Get to Know Us
Make Money with Us
Amazon Payment Products
Let Us Help You
EnglishChoose a language for shopping. United StatesChoose a country/region for shopping.
© 1996-2022, Amazon.com, Inc. or its affiliates