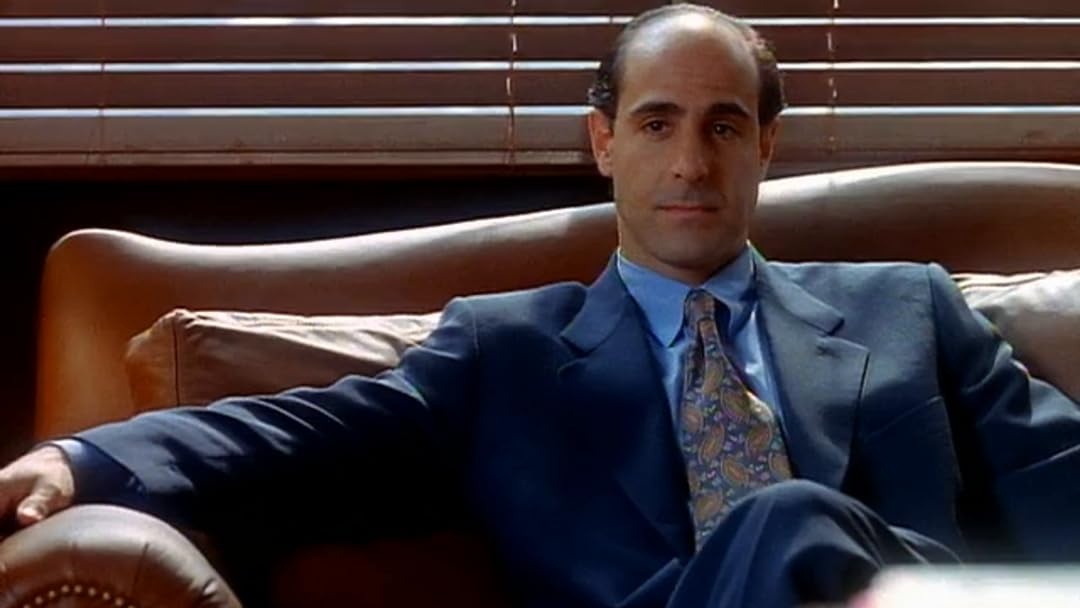 (114)
8.1199618+
Serialized law drama which follows a single case for an entire season, intricately exploring every facet of a scandalous, high-profile trial until a verdict is reached.

Anastasia McPhersonReviewed in the United States on March 14, 2012
5.0 out of 5 stars
Amazing Courtroom Drama - Phenomenal TV
Verified purchase
I have a theory that we have been in a minor television renaissance for the last ten to twelve years ever since cable stations began producing original scripted shows and the major networks were forced to better the quality of their offerings. If my theory is correct then Murder One stands as a network prelude to that renaissance in scope, concept, acting, writing and production. I didn't watch Murder One when it aired but I was distantly aware of it and when searching for something to watch in the Instant Video offerings, I remembered this and bought the series. I was glad that I had.

Murder One follows the progress of one criminal case in exquisite detail over the course of a season. Bad boy movie star Neal Avedon has been accused of murdering his fifteen year old girlfriend via strangulation. His semen is inside the victim, he was on scene within the timeframe of the death, he has had a string of minor legal troubles and problems with drugs, alchohol and blackouts and he has a penchant for strangulation, the method of murder employed. It seems like a slam dunk for the prosecution but defense attorney Ted Hoffman of Hoffman and Associates sees something different and takes the case. The viewer is treated to original characters in the form of the prosecutor, a Machiavellian billionaire who seems to be pulling the strings, the victims sister, a femme fatale who is broken herself, Ted's long-suffering and finally impatient wife, investigators for the police and the defense, junior associates working long hours on the case and trying to further their careers, an unethical psychiatrist who gives damning testimony and many, many other minor characters all painted with a detailed brush. It is the proverbial human drama and not to be missed.

All aspects of the production are top notch and the writing is for adults. Sex and drug use are portrayed but never without a moral context. Truly a highlight of legal drama and at 15 years it is as fresh as when it originally aired. Recommended.

Amzn RegularReviewed in the United States on May 11, 2021
5.0 out of 5 stars
Went back to this one after many years
Verified purchase
Season One is just fine. A good rainy weekend binge-watching experience. Season Two is horrid. They should have stopped.
2 people found this helpful

NaeryseaReviewed in the United States on August 30, 2017
5.0 out of 5 stars
Easily holds it's own in a time of new
Verified purchase
Easily holds it's own in a time of new, often marvellous productions. Whether you're looking for thrill, crime, suspense, thoughtful drama, character developement, insights on various levels of human society, culture and habitual thought processes, you'll find all of it here. A brilliant cast and an excellent production team at their best. There is no crime/courtroom show, series or movie that can be compared to this. Murder One Season 1 defies categorization, it's a stand-alone. Well worth the time and money, even more, the thoughts and emotions you'll invest.
One person found this helpful

¿Carolyn?Reviewed in the United States on January 27, 2021
5.0 out of 5 stars
Divorcing TV
Verified purchase
Well acted. Great plotline. So glad I found this series. I think you will like it too.
One person found this helpful

Solitary ManReviewed in the United States on March 16, 2019
4.0 out of 5 stars
Old Stuff Still Has Some Juice
Verified purchase
Holds up remarkably well after many years.
One person found this helpful

Tracey RussellReviewed in the United States on June 5, 2020
5.0 out of 5 stars
Thank you for this service!
Verified purchase
I love, Love, LOVED this product! I forgotten how amazing this show was
One person found this helpful
See all reviews
Back to top
Get to Know Us
Make Money with Us
Amazon Payment Products
Let Us Help You
EnglishChoose a language for shopping. United StatesChoose a country/region for shopping.
© 1996-2022, Amazon.com, Inc. or its affiliates