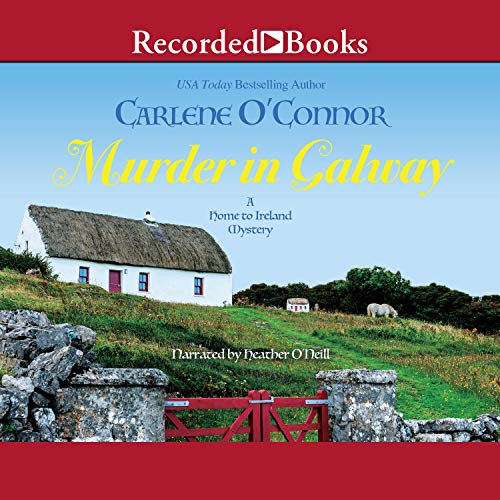 List Price: $24.49
You Save: $3.06 (12%)
By completing your purchase, you agree to Audible’s Conditions Of Use
Sold and delivered by Audible, an Amazon company
Share

4.4 out of 5 stars
4.4 out of 5
584 global ratings
How are ratings calculated?
To calculate the overall star rating and percentage breakdown by star, we don’t use a simple average. Instead, our system considers things like how recent a review is and if the reviewer bought the item on Amazon. It also analyzes reviews to verify trustworthiness.

M. W. Nason
5.0 out of 5 stars This is a great book
Reviewed in the United States on May 17, 2020
Verified Purchase
This was a great read. I can’t wait until the next one in the series comes out.I love this Author and enjoyed the many characters and the uncertainty of who the killer was. Tara was a very interesting protagonist and I enjoyed how her mind worked out this whole Drama. I totally recommend this book.
Read more
7 people found this helpful
Helpful
Report abuse

B. RogersTop Contributor: Historical Fiction Books
VINE VOICE
3.0 out of 5 stars First Book In New Series
Reviewed in the United States on June 6, 2021
Verified Purchase
** 3.5 Stars **
I am an avid reader of this author’s Irish Village Mystery series and was very excited to see she has started this new series – also based in Ireland. I believe the author splits her year between living in Ireland and living in the United States.

Tara Meehan has come to Galway, Ireland to spread her mother’s ashes and to carry a message from her mother to Johnny Meehan, her mother’s estranged brother. Tara doesn’t even know if her uncle Johnny is alive. She’s never met him, never corresponded with him – no contact, ever. She has no idea what caused the rift between her mother and her uncle, so she has no idea what kind of reception she’ll get from him. Almost as soon as she arrived, the box containing her mother’s ashes was ripped from her hand by a street juggler and ended up opened and covering a stranger who had tried to retrieve it for her – then, directly on the heels of that, she discovered a dead body in the doorway of her uncle’s cottage. What a way to begin her stay in Galway!

Believing the body belonged to her uncle Johnny, she called the Garda (Irish police) and told them she’d found the body of Johnny Meehan. She also told others that she’d found Johnny’s body and nobody seemed surprised. Evidently, her uncle wasn’t an esteemed member of the community. When the body is officially identified, it isn’t Johnny Meehan but his best customer, Emmett Walsh, and her uncle Johnny is the suspect in the murder. With Uncle Johnny missing and the police not looking for other suspects, Tara believes it is her family duty to show that her uncle isn’t guilty – or – if he is, to help find him and turn him in.

The mystery is a good one with lots of potential suspects and victims. I was pretty sure who the culprit was almost as soon as they graced the page, but I certainly had no clue why that would be the case. There are many red herrings, many possible scenarios for the murder to have happened, and some really strange happenings going on in Johnny’s life. Tara finds yet another body, and this one had her uncle’s business card lying right there in the blood. Goodness wasn’t that convenient. The Garda doubles down on Johnny as the prime suspect and tells Tara to leave Ireland immediately – for her own safety of course. Can Tara and her uncle’s employee, Danny O’Donnell, solve the mystery before Detective Sergeant Gable finds and arrests her uncle? Danny is not a willing participant in the investigation, but he does what he can to help Tara.

This book just didn’t reach right out and pull me into the story. I didn’t care for any of the characters other than perhaps Danny. I also didn’t care for the anti-American sentiments which seemed to be espoused by the residents of Galway. I’m sure there are probably those with the anti-American sentiments in the real Galway, but I’d wager it isn’t as prevalent as the author intimated it was. With so many suspects, red-herrings, and things going on I would have thought the book would be fast-paced and suspenseful, but I actually found parts of it a bit dull.

While I wasn’t in love with this first offering, I’ll definitely try the next book in the series to see where things go. The first book in a series often isn’t the best the series has to offer because it has to fill so many functions – such as introducing us to the characters, setting up the series's premise, etc., and providing a compelling story. If the second book is like this one, I’ll probably not follow the series, but I’m sure I’ll become a series fan if it picks up the pace.
Read more
One person found this helpful
Helpful
Report abuse

Kindle Customer
5.0 out of 5 stars Fantastic
Reviewed in the United States on May 21, 2020
Verified Purchase
I found this book to be completely engrossing. I read it in one session, my eyes are so tired I just could not out it down. There were so many twists and turns that it kept me guessing until almost the end (which is unusual for me). I really enjoyed this book and recommend it to all. Enjoy the read!
Read more
6 people found this helpful
Helpful
Report abuse

Maureen Addiego
4.0 out of 5 stars Visiting Ireland through the eyes of an American with serious sleuthing skills
Reviewed in the United States on June 11, 2020
Verified Purchase
Good story and I look forward to more stories with these characters. I especially like the location as I've been lucky enough to be I. Ireland 3 times including visiting Galways twice. I've even been to Salthill. I enjoy revisiting these locations through the eyes of these characters. I can't wait to see what other adventures these characters will have in the future. Where else will they visit?
Read more
4 people found this helpful
Helpful
Report abuse

ysing
5.0 out of 5 stars Starts off slowly, but then….
Reviewed in the United States on June 15, 2021
Verified Purchase
Then it begins to pick up speed! This is a quite complicated storyline and a few times I wasn’t sure I could keep up with all the twists and turns. But, even with the twists and turns it is a very enjoyable story. Makes me want to visit Galway (definitely added to my bucket list). There was one thing that distracted me though…she calls the police “guards” they are actually “garda”. They are Garda Siochana (Guardian of the Peace). But, that is a minor “flaw” in an otherwise terrific story. I am surely looking forward to the next book.
Read more
One person found this helpful
Helpful
Report abuse

Mary E. Roff
3.0 out of 5 stars Book not well written
Reviewed in the United States on May 2, 2021
Verified Purchase
Book was somewhat boring. Did not even finish it.
Read more
4 people found this helpful
Helpful
Report abuse

Kindle Customer
5.0 out of 5 stars Another great read
Reviewed in the United States on September 26, 2020
Verified Purchase
Thank you Carlene O'Connor. This was another great and enjoyable read. I have read and enjoyed every Irish Village Mystery in your other series and look forward to more books in your new Home to Ireland series. I highly recommend this book!
Read more
3 people found this helpful
Helpful
Report abuse

Frederic Nash
5.0 out of 5 stars Murder in Galway
Reviewed in the United States on July 16, 2020
Verified Purchase
This book had great characters. I enjoyed the mystery. It had drama . The description if Galway made you feel like you were there. I would like to read another book by this author .
Read more
2 people found this helpful
Helpful
Report abuse
See all reviews

Amazon Customer
5.0 out of 5 stars Intense, you won’t want to put this one down!
Reviewed in Canada on May 3, 2021
Verified Purchase
Tara arrives in Galway, Ireland to meet her estranged uncle and release her mother’s ashes to the Bay. She discovers a murdered man in her Uncle ‘s doorway . Initially Tara thinks it’s her Uncle who is dead but soon she finds it is a business client and her Uncle has become the prime suspect for the murder.
Tara begins a twisted, intense search for her uncle and for the truth behind the brutal murder. This is a must read for any mystery lover ! Curl up and enjoy!
Read more
Report abuse

MaryA
5.0 out of 5 stars New series captures Galway and her people.
Reviewed in Canada on December 21, 2020
Verified Purchase
Story flowed throughout. Enjoyed character development and depictions of different places, people, and Galway area.
Read more
One person found this helpful
Report abuse
See all reviews
Back to top
Get to Know Us
Make Money with Us
Amazon Payment Products
Let Us Help You
EnglishChoose a language for shopping. United StatesChoose a country/region for shopping.
© 1996-2021, Amazon.com, Inc. or its affiliates