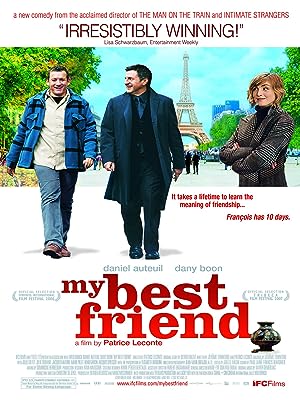 Jonathan TavaresReviewed in the United States on December 10, 2018
3.0 out of 5 stars
Youth
Verified purchase
To be honest, I had trouble actually connecting the title to the film. Dunno if it "fits", in my opinion. Some may argue this is a "slow" movie, because it doesn't have any sort of drastic conflict, but I believe the POINT is to portray this particular aspect of young life. So if you're looking for an action film or something with more drama, you may not enjoy this as much.

I give this a 3 out of 5, because of one glitch throughout the movie, and my opinion on the way it ended. If not for the glitches, I'd give this a solid 4. Its worth watching regardless.

Essentially (without spoilers), its a story about two teens around the same age with very different personality types/family experiences who end up developing a unique relationship together. That being said, I never truly got the impression that they considered each other "best friends".

I liked the way each character was portrayed, and were generally extremely believable and realistic. There were no drastically cinematic moments copied right out of a fantasy book. The characters hinted at having issues they were currently facing or would possibly face in the future to begin resolving, and those issues reflected in their personalities. Their relationship was a bit awkward, but worked. Based on my own experiences with friendship as a teen, I thought it was pretty accurate. I was hoping their relationship would be fleshed out a bit more, but by the time things start to happen, the movie ends.

2 issues I had were: the ending, and the subtitles.
The movie told a familiar-yet-different story, which I enjoyed, but the ending was pretty cliche and a straight up "cliff hanger" (by this I mean it simply did not feel complete. There was no closure or even a hint at life after the events in the movie... It just cut the screen to black.)
And as for the subtitles, I understand it's a Spanish speaking movie, so subtitles are essential for those of us who don't really speak the language. The subtitles are automatic and you cannot "opt" to take them away, which is a little weird, but fine, but the main issue is the failure to correct the misspelled/typo'd names. Some of the names (including one of the two main characters, so his name is ALWAYS appearing) may have included diacritic(accent) marks when originally typed out, but the subtitles in the movie did not display them correctly, and only showed a butchered name with weird symbols in them. I really think if you're going to make the subtitles permanent, you should take the time to see if they are being portrayed without error. (Again, one of the main characters who's name is mentioned a lot has his name butchered throughout the whole movie). It takes away from the experience. For a movie that's release was delayed for about 2 months... I feel like this issue SHOULD have been caught before distribution...

Overall, a good movie. I think you call these types "A slice of Life". I wish the story was stretched a bit longer though.

CinemaDudeReviewed in the United States on March 28, 2019
5.0 out of 5 stars
Touching story that rings true on all levels.
Verified purchase
The story is universal -- it's the pain and pathos that unless there is ice water flowing through your veins, you know this pain growing up, be you hetero, homo or have no idea what you are, you have felt it. The pain of feelings you don't understand, attractions that one second bring incredible joy and in the blink of an eye, stabbing angst and confusion. It's not a new story, but here it is told with subtlety and loving grace. The acting, for such youngsters, in incredibly natural and flows so easily from them that there is no need for the "suspension of disbelief" that one usually needs when watching actors play characters. These lads are genuine.

I can't emphasise enough how universal this story is -- this is not a "gay" movie -- it is a movie about all of us. You know the truth as it pours out of the story, the characters and the growing pains that we all have felt. You will feel this one in your gut. And if you are the kind of wuss who can't watch a film because it's subtitled and you might have to read a little, grow a pair and watch this one this because it's worth it.
14 people found this helpful

Critical MassReviewed in the United States on January 20, 2019
3.0 out of 5 stars
THE AWAKENING
Verified purchase
This is a story of friendship between two young teen age boys that ultimately leads to something that is more than just friendship. It leads to an awakening of feelings and reactions that cannot be fully explained; feelings that cannot be acted upon which lead to a conflict in those feelings; and it leads to perceived outside judgement as well as internal judgement. As a "coming of age" story with an obvious potentially gay leaning, it is very well done...BUT...only to a point. The story comes to what seems to be a rather abrupt ending which can leave the viewer to wonder where all this could have gone. It is rather frustrating since the acting on the part of the two boys and that of the mother of one of them was excellent and highly credible. The mother becomes the light at the end of a potentially dark tunnel. Indeed, the way the story ends spoiled the rest for me; and that's why I only gave it three stars. It may be more true to life in this instance but sets a possible bad example for others of a like age who might find themselves in a similar situation. In this respect, I am tempted to say that this movie was "still born". You cannot always expect a complete and satisfying resolution to a story such as this. Yet, there are other possible endings that could have held out the prospect of a more hopeful future. The audience is deprived of this. I also felt manipulated.
10 people found this helpful

C. BroganReviewed in the United States on December 1, 2018
4.0 out of 5 stars
Not impressed with the ending!
Verified purchase
The film is very well made, but I'm not impressed at all with the ending. I realize in life these situations end this way, but when you make a film I'd rather there be some kind of resolution. I fell in love with my BF in High School, but although the ending wasn't the best there was closure. There was no closure in this film, just the open ending feelings for the character. 4 stars is all I can give because of that.
10 people found this helpful

DaleReviewed in the United States on September 9, 2020
1.0 out of 5 stars
Super Slow and the title isn't really accurate. Quite boring.
Verified purchase
Little happens in this movie and it is super slow. Watching foreign films to pass the time due to not being able to go or do anything due to COVID and seen pretty much every American Movie there is. Definitely not for kids. It is filmed well which was maybe the best aspect of this movie. Plot and the title of the movie doesn't match. You have a teen who is unsure of himself and miserable. Friends talk him into a relationship with another girl. They seem to like each other and they have sex. Then after leaving and smiling it turns into a frown. Another teen who got into trouble in a fight and seriously injured a guy after beating him with a tire iron. His dad and this other teen's father grew up together and the other teen's father is in prison. The kid's brother doesn't like sharing his room with the strange teen. Who would? So the teen is moved into the other teen's room. They build a bond. They end up going camping and get into a fight then make up. Hints that there's more to the relationship but isn't. Not sure. The individual who he got into a fight with dies. Teen takes a pill that he has to calm himself down. Teen leaves in order to avoid the authorities. Mom questions her son's sexuality and says he's never had a girlfriend yet he did and they had sex and the movie pretty much ends with the same miserable teen as it started out with. Not sure this is about friendship as much as maybe questioning one's sexuality? Not really a clear storyline and is left to a lot of interpretation. Not worth the time to watch and you lose interest immediately for it is so slow and boring.
2 people found this helpful

gordon powellReviewed in the United States on December 11, 2018
5.0 out of 5 stars
LGBT Youth Film
Verified purchase
Very well made. Good picture and sound quality. An adult would not find the screenplay unique or new in any way, but LGBT teens will like it. I would guess it would pass for a PG-13 rating.
11 people found this helpful

Emma PeelReviewed in the United States on July 16, 2016
5.0 out of 5 stars
Best feel good film!
Verified purchase
I first watched this in my "French Cinema" class, and loved it (and even of your French isn't great the film is understandable because they speak clearly), then I bought it to show my friends! The movie is about a man who takes on a bet to produce a friend in 10 days. He has no friends but he isn't a bad person, he lacks emotional
intelligence. He observes a cab driver who befriends everyone and tries to follow his example. Of course they become friends, but there is betrayal and redemption. It has a happy ending, and the plot is fast paced and sophisticated against the backdrop of Paris, and it is a feast for the eyes as well as a very well made comedy! Everyone should see this and enjoy.
4 people found this helpful

pscheck2Reviewed in the United States on April 19, 2019
4.0 out of 5 stars
A love defined too late.
Verified purchase
The acting, production values and overall script were top drawer. However the narrative, in some ways, raise more questions than answers! (IMHO) Was Lorenzo and Caito's fathers in an intimate relationship, as hinted to by Lorenzo's mother.? (The reason she moved her family far away from Caito's father, to break up their relationship?) As to Lorenzo sexuality, it is hinted he is gay, but doesn't know it! In the end when Caito leaves, he then realizes his concerns for Caito;s were not so much as a best friend, but as one who is deeply in love with him.I think Caito love for Lorenzo was more of a Bromance than a physical attraction, but it had overtones of developing into a real love relationship if he stayed. The ending was inconclusive Was Lorenzo's father going to help him, legally; was Caito going to be arrested, if so, would he face a prison sentence? And, if Caito is not found guilty, does he return to Lorenzo's family (actually his own true family)? Methinks this film requires a sequel!
See all reviews
Back to top
Get to Know Us
Make Money with Us
Amazon Payment Products
Let Us Help You
EnglishChoose a language for shopping. United StatesChoose a country/region for shopping.
© 1996-2021, Amazon.com, Inc. or its affiliates