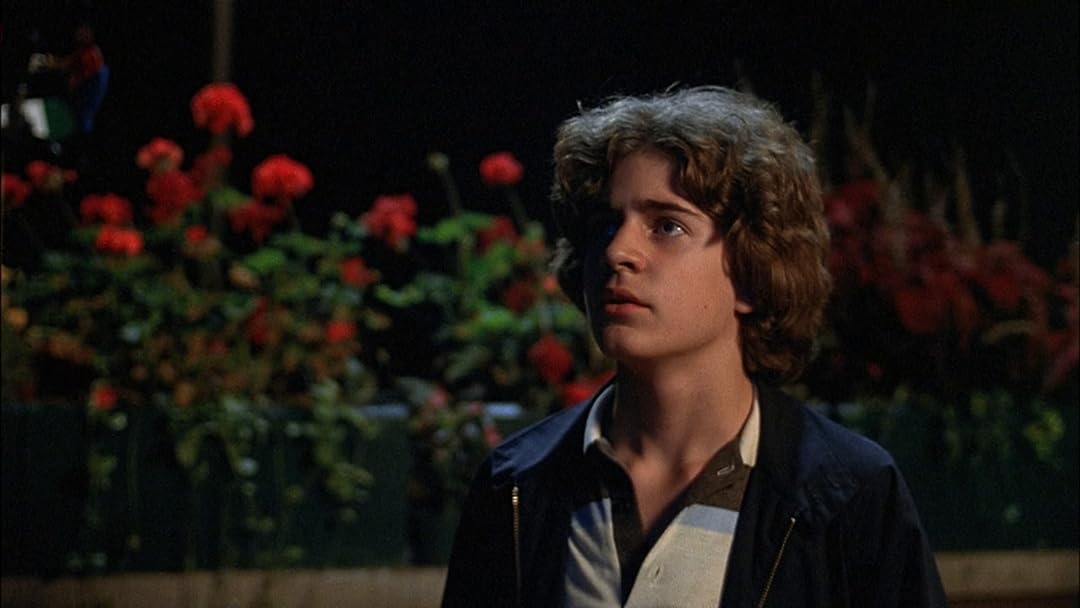 (1,566)7.11 h 36 min1980PG
After moving to Chicago, a teenager is tormented by a gang leader until he devises a scheme to give the bully a dose of his own medicine.

Katie1974Reviewed in the United States on October 23, 2019
5.0 out of 5 stars
A visit down memory lane for me, a new favorite for my son
Verified purchase
I remember seeing this movie in theaters with my dad. This time, I watched it with my 9-year-old son, who was completely enraptured with the story. After initially complaining that the movie was so "old, from the 80s!" he got into it. The plot could have ended up as a series of cliches, but somehow the acting and directing kept it fresh and relevant. A young Joan Cusack, Matt Dillon, and a very old Ruth Gordon round out the cast. I've never seen Chris Makepeace in anything else, but when I was 11 he seemed very dreamy as the sensitive and thoughtful protagonist trying to evade a gang of bullies who extort terrified kids at his high school. It was also fascinating to see how integrated Chicago's public high schools were back in 1980--well, at least this one was.
5 people found this helpful

BrainspigotReviewed in the United States on January 8, 2020
5.0 out of 5 stars
Ricky Linderman LIVES!!
Verified purchase
If you haven’t seen this...please do. I wish all the people who are convinced some curriculum with role playing and worksheets can fix bullying would watch this. Bullying is as old as humans. It will never go away. This great movie shows that, if you stand up for yourself, and you get a few friends to stand with you...Matt Dillon gets his bully nose broke!😁
4 people found this helpful

Lorene B. BenningReviewed in the United States on June 28, 2021
5.0 out of 5 stars
True to life coming of age saga that is very true to its time (1980s)
Verified purchase
It's rare in cinema to take on oft-used (cliche) theme - like a 'coming of age' story - and to make a hit out of it. From the screenplay to the finished product this film delivers the essential quality that permeates quality cinema - it plays true to its time and true to its characters. I have to give the director credit on that score.

I grew up in the time period depicted in the film, I was virtually the same age as the hero. So, it felt very true to my high school experience and to the angst that was certainly present in that environment. High school is - or used to be back in the 1980s and prior - the first chance kids get to work out their differences without adult supervision, so it's often messy and unjust. Nevertheless, it's a vital aspect in.....coming of age. More often than not, kids learn what they need to learn in this contested social milieu.
And they are much the better equipped to deal with impending adulthood because of it. That's the problem with what is happening today and the way kids are taught to seek out "authority" to solve their problems, rather than dealing with it themselves, for better or worse. That's why we have college students hiding in their safe spaces. They have zero experience in handling anything that is outside their extremely limited world view (or sense of being). It's hard to watch because of how pathetic it is. They are emotionally and mentally stunted thanks to this system which places "authority figures" on a perch. This is how people become susceptible to tyrants. Look at Germany in the early 1930s. The same phenomena was taking place with their youngest generations. They had no autonomy to be independent thinkers or problem solvers. They snitched on fellow students who didn't roll over to the system. Later on, after Hitler was elected (and he was elected in a "democratic" election, which should tell you about the nature of democracy, aka "mob rule")...every citizen was coerced into giving the one-arm salute to each other to show their allegiance to the supreme leader, and those who didn't were often beaten and shamed. Compare that to today's cancel culture. Compare it to Big Tech's assault on the first amendment. Compare it to the fake news. We are on a path to tyranny. America and China have become two peas in a pod. The US Constitution is DOA in Washington DC and many state capitals. I suppose that's why I love movies that are true to a better time. And My Bodyguard is a testament to both its time and to the natural evolution that is 'coming of age' in proper style for a constitutional republic that values independence and critical thinking.

CottonKandyReviewed in the United States on September 25, 2012
5.0 out of 5 stars
AWESOMENESS
Verified purchase
I can't say enough good things about this movie.

It features Chris Makepeace, (Meatballs 1979, (Rudy). Matt Dillon, Ruth Gordon
(Harold & Maude, Clint Eastwood movies, etc..... It also features an uncredited
cameo by a young Jennifer Beals pre her Flashdance days, still looking as beautiful as ever. Joan Cusack is also in it, as one of the students, her real life father plays a cameo as the "principal".

This movie deals with a kid, named Clifford, "Makepeace", trying to adapt to big city life, at a public school in downtown Chicago, where he had just come from an elite private academy. His dad played by the hilarious actor, Martin Mull, is the manager of a 5 star hotel, Clifford lives there with his dad along with his grandma (Gordon) who is elderly, but still thinks she is a teen herself, she is always into some kind of mischief around the hotel, that adds to the hilarity of the story.

Matt Dillon plays (Moody) the school bully, who terrorizes the weaker, scrawnier kids with his gang of 3, extorting their lunch money, for protection, Clifford finds a reluctant friend and protector in then newcomer Adam Baldwin, who due to his size is feared, and an outcast at the school, who is given a bad reputation over rumors that turn out to be false regarding his dead brother.

It is beautifully written, acted, and has beautiful scenery, music, and acting from all of the actors,' but more importantly, especially something that today's movies seem to be sorely lacking, is a message, the message here is, "perservere, and fight for what is right, never give up and never give in."

I can watch this movie over and over and never get tired of it, entertaining, definitely a case of nostalgia and a throwback to better times.

Amazon CustomerReviewed in the United States on May 27, 2019
4.0 out of 5 stars
A Film of Familiar Atmospheres.
Verified purchase
Great lesson in reality of bullying....AND standing up for yourself. Contrary to the pacifist crybabies of today: Running to the principle and/or screaming at the bully often will not work and carries heavier consequences for the victim. Main character depicts a young man with strong character and unwilling to cow to becoming the looser clown's "punk". Amusing and Classic high-school depictation of legends made through gossip. Even the big guys meet their match. Pretty good acting. Matt Dillon is always natural at being a chump.
2 people found this helpful

TheBansheeReviewed in the United States on November 13, 2015
5.0 out of 5 stars
Adam Baldwin before "Firefly"
Verified purchase
This film isn't aired enough. Chris Makepeace plays the new kid at a Chicago high school, who is bullied by a boy named Moody (Matt Dillon). He enlists the "bodyguard" services of the one kid everyone seems to be afraid of, a hulking truant named Ricky Linderman (played by Firefly's ADAM Baldwin, not Alec Baldwin as indicated in some other reviews here.) The arrangement doesn't last long, but both boys develop a friendship while each learns to confront their individual fears. Well worth watching.
7 people found this helpful

Mr. HowellReviewed in the United States on December 10, 2013
5.0 out of 5 stars
A Believable Feel-Good Quality Movie For All Ages (Especially Adults!)
Verified purchase
This has been one of my favorite movies of all time, for more than half of my life! This movie is NOTHING like your typical teenage underdog/bully story; and nothing like modern movies- i.e it is not just a bunch of clichés strung together; and the characters are unique and "real". It's a "feel good" movie, but with depth; and all the quality touches of a movie that was made to be enjoyed by adults. The acting and casting were superb; The sets; on-lopcation shooting and direction were perfect; the writing outstanding.

DON'T write this one off as just another teenage/bully movie....it is far more.

In my book, this is a very rare perfect movie!
4 people found this helpful

BearReviewed in the United States on August 2, 2021
5.0 out of 5 stars
Great movie
Verified purchase
Brought back memories to me, when I was a kid in the 80s. I watched this movie with friends, it takes me back, to a simpler day and age. I like movies like this. Much happier, with stars I do remember, when they where younger. Good story line. Heart warming. Made me smile.
See all reviews
Back to top
Get to Know Us
Make Money with Us
Amazon Payment Products
Let Us Help You
EnglishChoose a language for shopping. United StatesChoose a country/region for shopping.
© 1996-2021, Amazon.com, Inc. or its affiliates