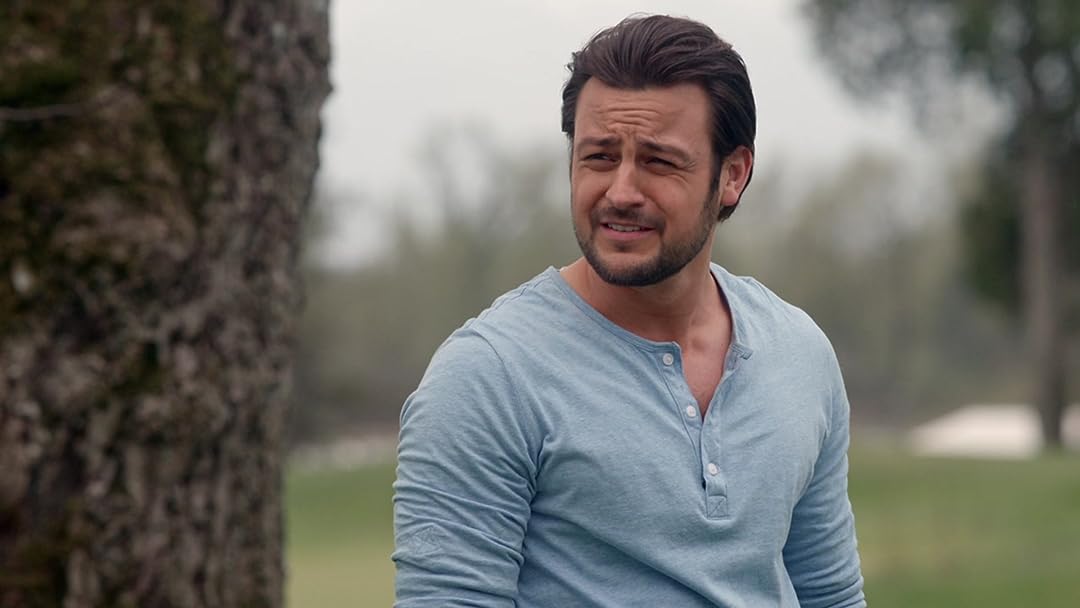 My Boyfriend's Back: Wedding March 5

(6)6.31 h 24 min2019ALL
While planning her first wedding, Annalise is shocked to discover the best man is her ex-boyfriend. Meanwhile, inn owners Olivia and Mick both have secret plans in the works. Jack Wagner, Cindy Busby, Tyler Hynes, Josie Bissett.

KristenReviewed in the United States on October 23, 2021
2.0 out of 5 stars
Boring
Verified purchase
I didn't like this movie. I thought it was boring. The acting is forced and there is zero chemistry with any of the couples. I had a hard time staying awake. I say this is one to skip.

Amazon CustomerReviewed in the United States on February 28, 2020
5.0 out of 5 stars
Loved it!
Verified purchase
Great movie!!!
2 people found this helpful

H. BalaReviewed in the United States on March 18, 2020
3.0 out of 5 stars
this wedding march is a slog
It's the fifth go-around for the Wedding March movie franchise, and if you're a fan of the series, then it's all joy and hugs. Me, I'm sort of meh about it. Wedding March 5: My Boyfriend's Back - part of Hallmark's June Weddings programming for 2019 - is a pedestrian watch, made salvageable courtesy of its final few minutes.

I don't mind when Mick and Olivia get relegated to supporting roles in their own series - kinda like Mr. Roarke in Fantasy Island - but only if the characters taking center stage are interesting. It ain't so with this movie.

Annalise Collins (Cindy Busby) comes straight from Hallmark's cookie cutter mold. This familiar? Annalise's greatest strength happens to be her greatest liability. She's prone to tunnel vision. She's all about sticking to the plan. It's how she became a success in the wedding planning industry. She's just founded her own wedding planning firm, and the make or break of it depends on her next gig, which is a wedding that's to take place at Willow Lake Inn. And there's the tie-in to the franchise.

Not to mention, Annalise's friend, our Olivia, is set to act as her "second chair" for this wedding planning. Now, observe as Annalise, Olivia, and Mick welcome the impending bride and groom, Jen and Lucas. Does it matter that Jen is a marketing VP and that Lucas works in the same company, only on the creative side? No, you didn't need to know that. Sorry.

What you needed to know is that Lucas' best man is Brad Buckley (Tyler Hynes). Brad operates an expedition company, Buckley Adventures, that specializes in rugged outdoor excursions. More importantly, Brad is the wedding planner's ex.

Imagine the unpleasant shock on the exes when they set eyes on each other. Annalise and Brad hadn't spoken in five years; things ended that badly between them. The quick 411: They met when they were second graders playing baseball and she took him out at homeplate; five years ago, he broke up with her just as they were set to move to New York, the car already packed, ready to go. It's bad behavior that won't be remedied with an apology lemonade, even though Brad tries it.

Meanwhile, back to the folks we care about. Olivia and Mick are each planning to surprise the other on this coming Sunday, which marks the 25th anniversary of their first date. Poor Duke, the inn's chef. Olivia and Mick had separately gone to him for help in setting up their surprise.

My Boyfriend's Back - ugh! lame title - is probably my least favorite in the Wedding March series. The lead actors - that is, Busby and Hynes - don't have chemistry. Their storyline is plagued by a stack of clichés that normally can be forgiven providing the execution is solid and the sparks are there. Yeah, she's rigid and sticks to the plan. He's spontaneous and lives in the moment. She believed in him; he made her laugh. Yada-yada-yada. I couldn't help but snort every time Annalise and Brad exchanged lingering looks from across the room. Josie Bissett and Jack Wagner get even more relegated to the background. Their kids - whom I really liked in previous outings - are nowhere to be found.

I cringed during that scene in which Brad picks up Annalise's glass that was holding down a heap of loose paperwork that a gust then promptly scatters to the winds and into the pond. It's unrealistic and jarring to me that, as they're drying out the pieces of paper, is when Annalise calls for a truce. But that's just me. I can hold a grudge. No doubt, there are folks that pick incongruous moments to be suddenly forgiving.

Not to judge Brad - although I am - but, seems to me, a real, outdoorsy hombre would've been able to put together a simple wedding arch. Dude, all the pieces were there.

There is that tenuous draw of wanting to figure out why exactly Brad dumped Annalise all those years ago. But that's really reaching for something positive, and the reason, when it finally came out, was seriously lame.

As mentioned, the movie's one saving grace has to do with the final few minutes. What goes down there makes up for all the crap the movie asks us to sit thru. 2.5 out of 5 stars.

charliedeeReviewed in the United States on July 18, 2021
5.0 out of 5 stars
Wedding March 5
I love this whole series. My Boyfriend’s Back: Wedding March 5 is my favorite in the series! Please play it again!
See all reviews
Back to top
Get to Know Us
Make Money with Us
Amazon Payment Products
Let Us Help You
EnglishChoose a language for shopping. United StatesChoose a country/region for shopping.
© 1996-2021, Amazon.com, Inc. or its affiliates