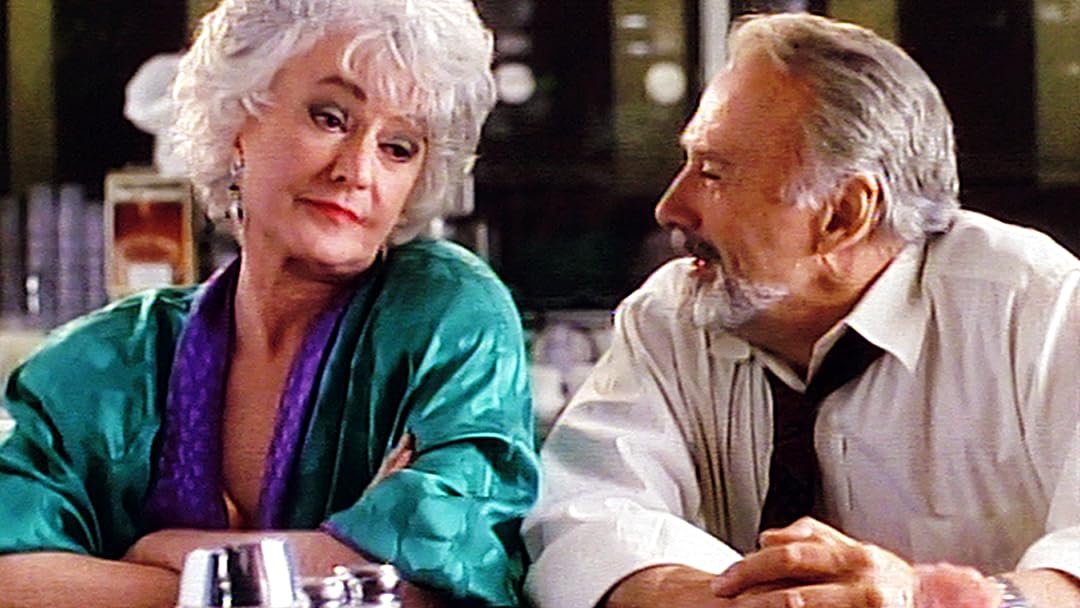 (47)
1 h 33 min198813+
A widow (Beatrice Arthur) gets in touch with her former high-school sweetheart, a divorced doctor (Richard Kiley) with a young girlfriend (Joan Van Ark).

VincenzoReviewed in the United States on April 27, 2020
5.0 out of 5 stars
A gem
Verified purchase
I was so happy to find this little gem of a movie on Amazon! A little cheesy - but right now we could all use a little bit of fluff and cheesy! If you're a Bea Arthur fan you will surely love her in this! Her acting chops are in full swing and her comedic timing is simply wonderful to take in! So nice to catch an oldie but goodie flick that I never knew existed. Fun cast!
9 people found this helpful

JosieReviewed in the United States on May 28, 2020
5.0 out of 5 stars
What a fabulous movie
Verified purchase
love this movie. well written, moving storyline and impeccable acting ..you will love this movie. As someone who lost the love of her life I could resonate with this movie. Finding true love over 40 is tough. This will give you a little hope and a warm heart to get you through the day..Love it.
6 people found this helpful

Ted QuockReviewed in the United States on August 9, 2013
3.0 out of 5 stars
Basically for Fans of the Leads
Verified purchase
I've always liked Richard Kiley since seeing him in "Man of La Mancha" in my high school days. I was deeply disappointed that Hollywood chose Peter O'Toole to star in the movie (presumably because Kiley wasn't a bankable name for moviegoers, and please don't try to tell me that "The Little Prince" was a consolation prize even if it's true that he beat out Sinatra for that role, as was reported at the time). I was not at all familiar with theater then and only knew about "La Mancha" after seeing Kiley perform the title song and "The Impossible Dream" on the "Ed Sullivan Show," so it wasn't until decades later that I learned about his roles in "No Strings" and "Kismet." What a voice, both speaking and singing!

My admiration was cemented by his occasional TV appearances, most memorably (for me) the telefilms "Do You Remember Love?" (with Joanne Woodward) and "Time to Say Goodbye" (with Eva Marie Saint) and the "Last Knight of Camelot" segment of the Canadian remake of "The Twilight Zone" in the '80s.

All of which is a very roundabout way of explaining that I bought [[ASIN:B000KQF702 My First Love]] solely because Richard Kiley was in it. I was never a big fan of "All in the Family" or "Maude," but it didn't hurt to have another familiar face in the lead role. And it was a treat to see Anne Francis and Joan Van Ark (in what seemed to be a change-of-pace role from what I recall) in supporting roles.

The story is fairly standard and predictable for an older-generation romance, but the leads do themselves credit by taking their roles seriously. In all honesty, I can't imagine younger audiences or people unfamiliar with Arthur and/or Kiley being able to see it through to the end. For this member of the silver generation, though, it was not at all a waste of either time or money.

Roberto Clemente NunezReviewed in the United States on April 13, 2021
5.0 out of 5 stars
Love seeing Dorothy without Stanley
Verified purchase
I would not like this movie that much if it was not for Bea. I am a fan of the Golden Girls and in this movie it was fascination seeing Bea acting outside of the sitcom. I would go further to say that this movie felt more lake Dorothy's life without the others girls, her mother or her annoying husband. She even wears a couple of the same cloths Dorothy use in the golden girls. She looks fantastic and very likeable in the movie although she was not that fun in real life.
One person found this helpful

BeeReviewed in the United States on February 21, 2020
5.0 out of 5 stars
Delightful Movie with a Sweet Ending
Verified purchase
I really like Bea Arthur and her performance in this movie was wonderful. I was so happy to find this movie on Amazon.
4 people found this helpful

Byron KollnReviewed in the United States on February 8, 2008
3.0 out of 5 stars
Bea Arthur shines in middle-aged romantic comedy
Verified purchase
A sunny, funny comedy about love the second time around, MY FIRST LOVE is average Movie of the Week material, but it does star the incomparable Bea Arthur ("The Golden Girls"). Fans of Ms. Arthur will really enjoy this one.

While it doesn't break any new ground, the comic stylings of Bea Arthur and the perfect supporting cast ensure a breezy 93 minutes. The DVD from Direct Source Special Products is nicely-priced. (Single-sided, single-layer disc).
9 people found this helpful

Amazon CustomerReviewed in the United States on July 14, 2019
5.0 out of 5 stars
Bea Arthur in the Multiverse
Verified purchase
I don't know about many of the people behind the camera on this, but so much of this movie feels like a companion piece to The Golden Girls. Just about all of Bea Arthur's wardrobe looks like it came from various episodes of the GG, along with a few of the supporting characters.

In fact, her character is essentially Dorothy from a parallel universe. I'm a huge fan of Bea Arthur. She shines in this role and holds her own. I don't know much about the guy in the movie, but all the actors pull their weight here.

Wanting to be loved and the challenge of nostalgia are universal themes that play out well here. It has a standard Hollywood ending that I'm not sure is believable, but this is a sweet movie that is well worth watching and definitely owning if you are a Golden Girls fan.

Amazon CustomerReviewed in the United States on April 18, 2021
3.0 out of 5 stars
Nothing changes
Verified purchase
High school sweethearts who reconnect 35 years later show they never grew up and go right back to the same squabbles that broke them up in the first place. Like moralizing celebrities who only exist to moralize.
See all reviews
Back to top
Get to Know Us
Make Money with Us
Amazon Payment Products
Let Us Help You
EnglishChoose a language for shopping. United StatesChoose a country/region for shopping.
© 1996-2022, Amazon.com, Inc. or its affiliates