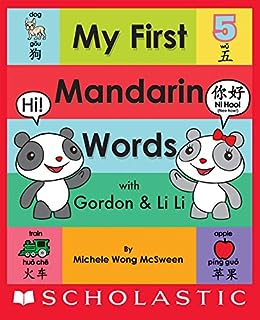 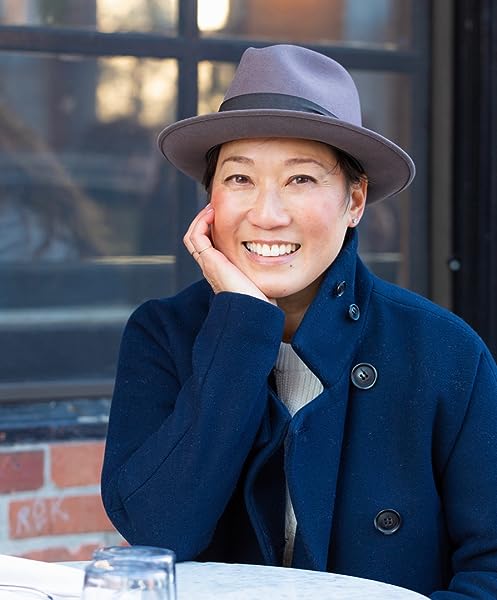 Gordon and Li Li are cousins. Li Li is from Beijing, China, and speaks Mandarin. Gordon lives in Brooklyn, New York, and speaks English. When Li Li visits Gordon for the first time, the cousins must learn to communicate using simple, everyday words.

Children and caregivers can read along with Gordon and Li Li as they learn basic English and Mandarin words and their correct pronunciation. Each spread of this sturdy book spotlights a different theme, including greetings, colors, numbers, and animals! And every word features the English and pinyin spelling along with the Chinese character and the phonetic Mandarin pronunciation to help readers practice.

This is an adorable and informative must-have first words book for any family who wants to get little ones excited to open the door to learning a second language -- and future language success!

Nam Doan is a designer, illustrator, and filmmaker. He lives in New York, New York.
Michele Wong McSween is a mom, fashion designer, author, and a fourth-generation Chinese American. McSween holds degrees from University of California at Berkeley and the Fashion Institute of Design and Merchandising. Growing up, she never learned Chinese and wanted to be sure her own boys were confident with Chinese language and culture. She created Gordon & Li Li to help engage kids and parents alike with Mandarin. She resides in Brooklyn, New York, with her husband, three sons, and French bulldog.
--This text refers to the board_book edition.

Michele Wong McSween is a former fashion designer and creator of Gordon & Li Li. She is a native Californian, but has lived in New York City for the past 23 years. She currently lives in Williamsburg, Brooklyn with her husband and three boys.

Growing up as a fourth generation Chinese-American in Sacramento, California, Michele never learned to speak Chinese, so making sure her own boys were exposed to the language and culture became a priority for her.

After enrolling them in early-learning Mandarin classes, Michele looked for first word Mandarin books that were easy to read, engaging, modern, and most importantly, were books that they’d want to cuddle up with at bedtime.

When Michele found little was available, she created Gordon & Li Li to introduce her children to the joy of learning Mandarin Chinese and to foster a deep appreciation for their heritage and culture.

4.8 out of 5 stars
4.8 out of 5
377 global ratings
How are ratings calculated?
To calculate the overall star rating and percentage breakdown by star, we don’t use a simple average. Instead, our system considers things like how recent a review is and if the reviewer bought the item on Amazon. It also analyzes reviews to verify trustworthiness.

David B.
5.0 out of 5 stars Great book to teach your infant/toddler/kid basic Chinese
Reviewed in the United States on July 1, 2019
Verified Purchase
This book is great for reading to my son to help him learn some basic Chinese. I tried buying the 3 original books that were out of print. I emailed the author and she replied that after Scholastic acquired the rights to her books, that they combined all 3 into 1 book. It’s a large book, about 8.25” x 9.25”.

My favorite sections are the animal and counting sections.

5.0 out of 5 stars Great book to teach your infant/toddler/kid basic Chinese
By David B. on July 1, 2019
This book is great for reading to my son to help him learn some basic Chinese. I tried buying the 3 original books that were out of print. I emailed the author and she replied that after Scholastic acquired the rights to her books, that they combined all 3 into 1 book. It’s a large book, about 8.25” x 9.25”.

My favorite sections are the animal and counting sections.

tyyang3
5.0 out of 5 stars Best Quality and Value chinese/English book!!
Reviewed in the United States on September 14, 2019
Verified Purchase
More stars for this 3 in 1 bigger board book! Though already have the 1st Gordon and lily book, it is nice to have this consolidated value added book at the price of one book! My grand daughter enjoys the panda with each chinese/English picture/word. Lots of fun looking and learning !
Read more
6 people found this helpful
Helpful
Report abuse

theyangfam
3.0 out of 5 stars Too much focus on counting
Reviewed in the United States on August 3, 2020
Verified Purchase
It’s split into three segments, some everyday objects, animals, and numbers. A large portion of the book is just numbers. I wish there were more everyday words. It hasn’t been a very helpful tool in teaching my toddler because there’s just not enough vocabulary. I like that it includes pinyin, though.
Read more
2 people found this helpful
Helpful
Report abuse

Jojo
4.0 out of 5 stars Good book, no audio
Reviewed in the United States on May 27, 2021
Verified Purchase
I give a 4 stars because It was a great book but it does not come with audio. If included the audio will be perfect who want to learn or teach their children second. I brought it for my friend toddler but my friends are not chinese speakers.
Read more
2 people found this helpful
Helpful
Report abuse

Rodhelen
5.0 out of 5 stars Great for young mandarin learners!
Reviewed in the United States on July 16, 2021
Verified Purchase
Awesome boardbook for a young child who are very new at learning Mandarin. Pictures are fun and cute, engaging enough for a 3 year old. She loves the pages and learned all the first words in this book quickly! Totally recommend!
Read more
Helpful
Report abuse

Claire Chu
5.0 out of 5 stars Chinese/English/Pinyin board book
Reviewed in the United States on December 6, 2019
Verified Purchase
This is a great book. It has Pinyin/Characters/pronunciation/English. This is excellent for bilingual households. I would definitely recommend if you have a young child learning Chinese.
Read more

5.0 out of 5 stars Chinese/English/Pinyin board book
By Claire Chu on December 6, 2019
This is a great book. It has Pinyin/Characters/pronunciation/English. This is excellent for bilingual households. I would definitely recommend if you have a young child learning Chinese.
Images in this review

Hgradie
5.0 out of 5 stars Good variety of vocabulary words for baby to learn
Reviewed in the United States on July 6, 2019
Verified Purchase
Good variety of numbers, animals, modes of transportation, etc. for baby to flip through and learn basic Chinese words
Read more
2 people found this helpful
Helpful
Report abuse

krishna sangani
5.0 out of 5 stars Great starter book
Reviewed in the United States on April 4, 2021
Verified Purchase
My son's Montessori has a Mandarin program as part of the curriculum, so we got this book to practice at home and love it. It is good quality, and has 4 words / page. It also has the phonetic english of each word making it easier for non native speakers
Read more
Helpful
Report abuse
See all reviews

chubby_waffle
2.0 out of 5 stars Not suitable learning material for babies
Reviewed in Canada on September 20, 2020
Verified Purchase
The illustrations are way too confusing for a baby to learn from. Photos or simple illustrations of the objects would have been better, but instead each illustration has the two cartoon pandas in them. Some are not obvious at all in terms of what it’s trying to depict.
Read more
One person found this helpful
Report abuse