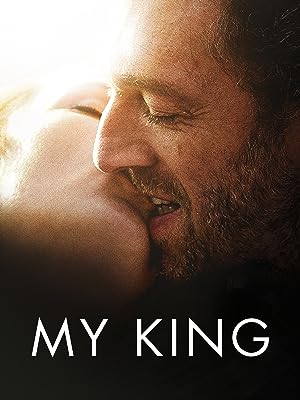 New Orleans galReviewed in the United States on July 23, 2017
4.0 out of 5 stars
To Be Utterly Contemptible is a Piece of Work
Verified purchase
Sometimes a character is so completely offensive that you have to remind yourself that that's because the part is being well-played. And so it is with Georgio (Vincent Cassel)-- a braggart, unamusing joker, druggie, philanderer; he's infantile, narcissistic, and apparently talented in sex. So if the viewer can see all this, why can't the female protagonist, Tony (Emmanuelle Bercot)? She's, at first, swept away by the charmer in him, and the buffoonery, at which she laughs delightedly and often uproariously. But the buffoonery is red flag 1, or maybe the charmer precedes it. But when he shifts into the rest, she can't or won't let go. He finds a way to pull her back in, and she's a willing participant, as she alternates between enchanted, enraged, repelled and turned on. And she stays. The piece is exceedingly well-acted. The music is notable. The film is somewhat repetitive, but that's totally consistent with the behavior in such a dynamic. The story is a great cautionary tale, as a clear depiction of a destructive pattern. Well-done, but exhausting.
16 people found this helpful

Sonia R. MasonReviewed in the United States on December 7, 2016
5.0 out of 5 stars
Vive L'amour
Verified purchase
Excellent! A really unvarnished portrayal of what unhealthy relationships look like. Vincent Cassel was perfectly cast as a rogue with clear red flags on his personality and Emmanuelle Bercot was fantastic and believable as a really smart, charming woman beset by her own emotional and physical attachment to the wrong man. And like in real life, the film demonstrated how our choices can either save us or imprison us. If you're looking for a frothy rom-com, this is not for you. Just a really sexy, thoughtful, well acted movie. And it's in French...so that's all you need.
15 people found this helpful

KrissyReviewed in the United States on April 6, 2020
5.0 out of 5 stars
Emotional Abuse & Gaslighting 101
Verified purchase
Vincent Cassel never disappoints and this turn as Georgio fits him like a glove. His love of women as intimate, play things to toss aside when they defy him or when he loses interest in what they have to offer and in taking care of them after they drain themselves for him (Agnes) is disturbingly realistic. He keeps them around even after cheating on them, because he enjoys the feels of power and sense of belonging they give to him. He likes women who are successful, who are powerful in their own right because women who are intelligent and have a life and career of their own make them "on equal par" with him and his own sense intelligence and superiority. But the women he picks lack emotional intelligence, lack of self-esteem and a sort of clingy desperation. They're desire to belong to him with his magnetic, overpowering charm is heartbreaking and pathetic in a way. He strips them of their sense of self. He negatively impacts their life personally and professionally (with Tony, he has witnesses to her outbursts and drug and alcohol, during pregnancy and later as a post-partem mom and threatens to use them against her and he embarrasses her at work, threatening her after she wins a big opportunity at the law firm). He doesn't mind and enjoys creating a life and a family with these women, but it also gives him ammunition to use against them if they try to leave him. With Tony, she has to take the time to reflect on why and how this relationship came to be and what holds her to him. Sadly, in the end, we see that she's still seduced by him, still in love with her ideas of him and what he could be for her and Georgio sees it too. Perhaps, she believes that she could change him or that he would want to change for him or for his son, Simbad, but Simbad is just another trinket for him to possess. Unfortunately, Simbad will learn this probably when he's a teenager or a young adult and realize the mirage of a father he has seen as his life is just that: a mirage. Georgio knows: no matter what happens in their separate lives and relationships, Tony will not and cannot ever "really" leave him. He doesn't even wish her hello or goodbye in the final scene. She's relegated back to being a play thing and something he can and will walk all over. Winning her back over with passionate sex, gifts, good times and good memories with him and their son, Simbad, but no real emotional connections. Over and over again. Tony is never completely out of Georgio's web, nor is his poison out of her blood.
One person found this helpful

BrendaMarieReviewed in the United States on March 17, 2017
5.0 out of 5 stars
Well Done.
Verified purchase
The French always bring things to a different finale. Very different from how an American film maker would have culminated the show. I liked it and I liked the perspective of the woman and how she coped or didn't always cope well. But she persevered and survived without "winning" over the man. She found her own way. She also represented how complicated and difficult dysfunctional relationships can be and the price to be paid. While the child's side is not specifically shown beyond a few basic examples, it is implied and related in so many other ways. And the man's situation is given credit as a man who has also had problems and issues from his childhood and in findng his way to parenthood and manhood. And the best part of all is showing how complicated love can be and how love and living don't always evolve congruently. I liked this movie, the script, the characters and what the actors brought to the story.
3 people found this helpful

Amazon CustomerReviewed in the United States on August 18, 2017
5.0 out of 5 stars
Wonderful performances, of a story; too familiar, and too real.
Verified purchase
It all starts like beautiful bubbles going up in the air, but is not real, it's adrenaline , and that's where the craziness kicks in.
It is not passion, is intensity. Everything, and anything is blown out of proportion, losing the sense of balance, all too necessary in a relationship. Two persons who fail to recognize they are not emotionally available, thinking that getting married, and making babies is as simple as playing "doll's house". A very immature man, who believes in rationalizing what is not. A woman, who falls for a man who is a lot of fun, but fails to understand that he may have an un-diagnosed mental disorder, and tries to reason with his craziness. It is also two people who rush in without a plan, even a simple one. Over time, she loses herself, because her married life is a constant struggle, becoming self-destructive; until a paralyzing accident helps her find herself. Moral: crazy people are a lot of fun, until you marry her, or him, in this case.
3 people found this helpful

SeattleshopperReviewed in the United States on August 25, 2017
5.0 out of 5 stars
Intricate web of love and pain
Verified purchase
Intricate web of love and pain, independence-codependence, maturity, and "youthful" recklessness. The hearts wants what the heart wants, even when it's destructive for all the parties involved. Very good acting, questionable values, adorable boy(s).
4 people found this helpful

emzie54Reviewed in the United States on February 24, 2017
4.0 out of 5 stars
Sometimes love is not emough
Verified purchase
On the surface, an attractive, intelligent woman falls for a good looking, charming misogynist, and goes through hell trying to make the relationship work. If you scratch the surface, though, the main message is even though you love someone, sometimes love is not enough to sustain a relationship through cheating, drug addiction and co-dependency. The attraction/repulsion Vincent Cassel has for Emmanuelle Bercot is acted so well that it is totally believable. He wants her but when he has her, he doesn't want her. Emmanuelle Bercot's fascination with her "bad boy" reminds me of many women who feel that they can change their significant others through their love, and find out they can't in reality. The complexity of why people love each other is not so simple. This film does capture that complexity, and the last scene sums it up with with a wistful, bittersweet longing which may not have the answer as to why sometimes it takes more than love to have a relationship.
9 people found this helpful

Not a LudditeReviewed in the United States on January 23, 2017
5.0 out of 5 stars
Emotionally wiped out.
Verified purchase
So realistic. So painful. Although no substance abuse issues on either side, my partner and I were addicted to each other.
However, simply not good for each other. Cared so much for each other and pushed each other away because we cared so much each other.
(Redundancy in sentence but that's how it was.) I'm exhausted after watching this film because it rang true.

Actors were excellent...as they ceased to be actors. Perfect casting...
2 people found this helpful
See all reviews
Back to top
Get to Know Us
Make Money with Us
Amazon Payment Products
Let Us Help You
EnglishChoose a language for shopping. United StatesChoose a country/region for shopping.
© 1996-2022, Amazon.com, Inc. or its affiliates