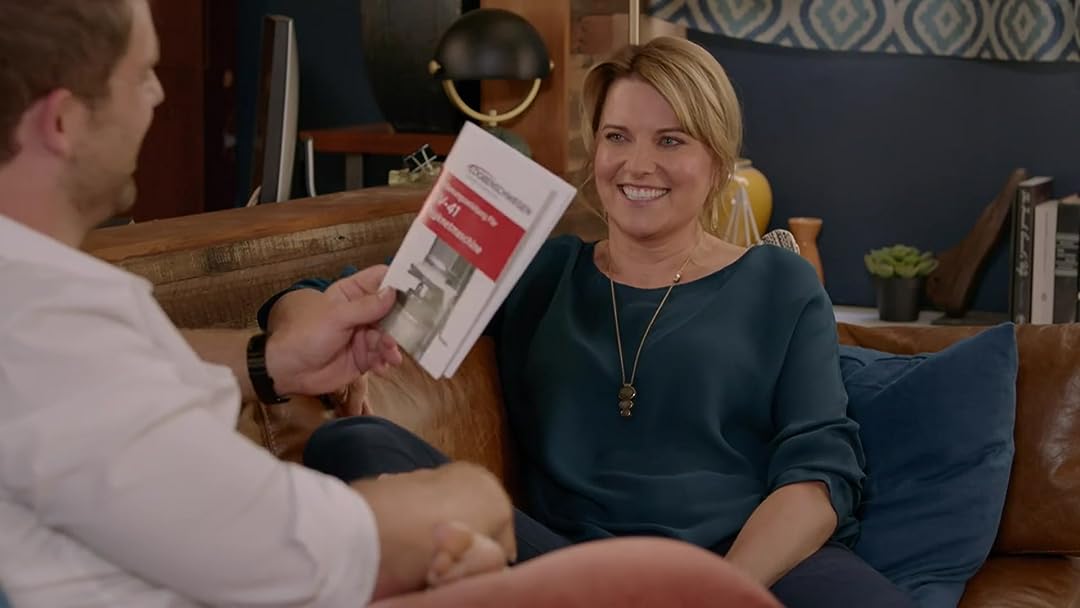 My Life is Murder

twosenseReviewed in the United States on August 19, 2019
5.0 out of 5 stars
Lucy Lawless is as magnetic and binge-watchable as ever!
Lucy Lawless proves, yet again, that she can do anything, this time starring as Alexa Crowe, a retired detective who now gets to investigate cold cases handed off to her by her former police colleague (Bernard Curry) when the police have closed the case or reached a dead end.

From the opening scenes to the title song, you know straight away that you're watching a more enjoyable, unique, light spin on a murder procedural drama. They showcase Melbourne (where it was filmed) at every opportunity and that's fun to see. Then there's Alexa, who's quirky in a fun, sarcastic way, and her partner in this crime-solving duo, Madison, who brings the tech knowledge and is adept at dealing with Alexa's attempts to keep everyone at a distance. Between Alexa's keen eye for detail and her experience in assessing people's psychological motivations, to Madison's ability to crack anything that involves a computer, they form a likely team, even though Alexa refuses to accept it's a team, as they set off on a new adventure each week to solve a cold case. The show focuses on the quirky characters and the situations they get into instead of on the dark tones and themes of murder. Since Alexa is no longer on the police force, she can submerge herself in the lives of those she's investigating, making it way more interesting than the typical police procedural.

As a viewer in the US, it's also nice to not see guns feature prominently in almost every case, nor to have Alexa running around with a gun strapped on her all of the time. It's very much like a modern-day Murder She Wrote, which I hope Lucy takes as the compliment it's intended as. The only thing that could make this better are if they have Renee O'Connor on, and/or Angela Lansbury. Imagine how great that'd be!

Stephen JReviewed in the United States on March 31, 2020
4.0 out of 5 stars
Give it about 5 episodes ...
Verified purchase
The 1st few episodes look like they were looking for a direction for the show. By the time they got to disc #2 the pattern was set and stories were more enjoyable. Am impressed with Lucy Lawless. Never really saw much of her on other shows. Would have given it 5 stars but for the slow start of the series. To me worth the money.
25 people found this helpful

Stevie BeeReviewed in the United States on August 2, 2020
5.0 out of 5 stars
Very good mystery series.
Verified purchase
I love this show! First of all, the wonderful Lucy Lawless stars in it (and I think she's the producer, too). As a US resident, I love visiting Melbourne via the show. The mysteries are well written, and the acting is top notch. I will definitely buy more of these if/when they become available.
14 people found this helpful

Anne L LloydReviewed in the United States on February 1, 2020
5.0 out of 5 stars
Captain
Verified purchase
Great new mystery! The bonus at the end of disc was a super surprise, and you should by pass it. This is the best new show of year!
15 people found this helpful

Amazon CustomerReviewed in the United States on April 18, 2021
4.0 out of 5 stars
xena goes contemporary
Verified purchase
really it's the actress lucy lawless in a contemporary murder mystery series set in australia. a retired police detective with issues. former co-worker who is still a police detective asks her for help on some of the more complicated and unusual cases. the mysteries are good as is the writing and acting. good music soundtracks to the stories. very enjoyable
6 people found this helpful

Robin A. KinserReviewed in the United States on August 20, 2020
1.0 out of 5 stars
Region A, blu-ray
Verified purchase
I was so looking forward to watching this, but This will not play on my LG BPM-35 Region Free Blu-ray Player, Multi Region Smart player, that I bought from amazon. It keeps saying to use a region A player. My player is set up for region A and it will still not play. Unfortunately for me, I didn't try it till after my return date, there's $43 down the drain.
6 people found this helpful

Iwe KittypawsReviewed in the United States on January 28, 2021
5.0 out of 5 stars
should have continued
Verified purchase
Lucy Lawless once again proves she is dynamite in any role. Wish the series continued - Alexa and her gang are terrific and the plot lines were well written: serious with a touch of humor. Loved the baking bread woven into the character.
7 people found this helpful

Amazon CustomerReviewed in the United States on August 9, 2020
4.0 out of 5 stars
Two women to be respected
Verified purchase
Love the Melbourne skyline in the episodes, and the views of the city. And of course Alexa is truly a modern women one to be respected. I love Madison she is simply a great character, my wife is in love with Georgeous and would love to eat at his cafe. Alexa’s condo is a gorgeous residence, love the layout
6 people found this helpful
See all reviews
Back to top
Get to Know Us
Make Money with Us
Amazon Payment Products
Let Us Help You
EnglishChoose a language for shopping. United StatesChoose a country/region for shopping.
© 1996-2022, Amazon.com, Inc. or its affiliates