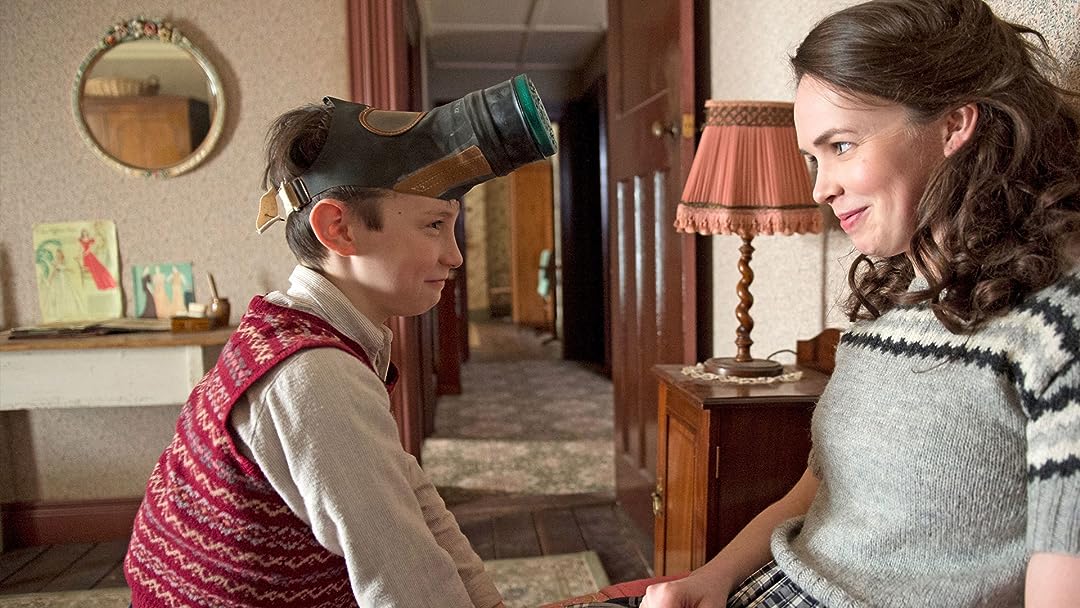 My Mother and Other Strangers

Season 1
(174)7.5201713+
Shot on the stunningly beautiful Ards Peninsula in Northern Ireland, My Mother and Other Strangers portrays the culture clash when a U.S. bomber base is established near the fictional village of Moybeg in 1943, bringing hundreds of gum-chewing, swing-band-listening American airmen to a remote Ulster farming community, with its winsome women and stolid workingmen.

“My mother and…” is set in a small, very humble and kind of backward village in Ireland with very proud and rough inhabitants. The village is being occupied during World War II (the late 1940s) by an American Air force Squadron which leads to many conflicts between the proud villagers and the young “Airmen”. Among the Irish inhabitants is a very so called “well-read” family consisting of a stoic, good hearted and very unromantic father that owns the local pub and dabbles with the “black-market” trying hard for he and his family to survive. There is a pre-teen son (narrator of the story), teenage sister that is just entering the exciting times of “teen discoveries” (i.e., sex. Lipstick, dating, etc) and a nosey and prone to childhood illness baby sister that is, I guess, about 5 years old.

Keeping the above family “together” is a transplanted from England, mother (“My mother…”) that is extremely “well-read” , smart, honest mother living as best she can, with her rather dull but very good husband that she loves madly. Enters into her life, a handsome, extremely well-read and romantic Airman that she “falls” for.

Hattie Morahan, as the mother, is a fabulous actress wonderfully evoking the tortures the mother is going through having “found” a very fulfilling new romance while being in love with her husband.

All-in-all I truly LOVED this Masterpiece theater presentation having watched it in its entirety four times.

(I have been corrected that it was Northern Ireland NOT Ireland and that the time-frame was not the late 1940's but 1943--sorry for my mistakes!)

gabbygirlReviewed in the United States on July 24, 2017
4.0 out of 5 stars
My Mother and Other Strangers
Verified purchase
Liked it very much, but tired of unfinished endings like, Home fires....Hope they don't end Poldark like that....
56 people found this helpful

TXBReviewed in the United States on July 28, 2017
5.0 out of 5 stars
Love and War drama at its best!
Verified purchase
Another PBS stunning drama, with so much of it filmed outdoors! Actors are amazing and the last show was edge of your seat. PLEASE bring back more of this wonderful story. Aaron Staton and Hattie Morahan are a winning screen combination!
36 people found this helpful

M. MaraReviewed in the United States on June 21, 2017
5.0 out of 5 stars
Check This One Out!
Verified purchase
Based on this first episode, an American WWII air force base in a small town in Ireland, I think this holds lots of potential. The fact that Ireland didn't fight in the war adds a unique twist with these young men going off to die but living in a country where their young men are not dying. Looking forward to more.
28 people found this helpful

Mei MeiReviewed in the United States on July 24, 2017
4.0 out of 5 stars
like where do they go from there
Verified purchase
5 episodes is way too short...the season needed at least two more. Hoping it'll be back for a season 2 with at least 8 episodes. The ending was such an eyes wide shut moment....like where do they go from there? Hopefully Tillie will get posted out....she is a spiteful buggar !!
23 people found this helpful

PamReviewed in the United States on August 8, 2017
5.0 out of 5 stars
Great series
Verified purchase
Excellent series. I'm not sure if there are more to come, but I enjoyed it. There's something about World War II and life in the United Kingdom that is enthralling.
19 people found this helpful

Kindle CustomerReviewed in the United States on August 4, 2017
5.0 out of 5 stars
Wonderful Production
Verified purchase
I absolutely LOVE this show. Wonderful acting, gorgeous scenery, so well done. Please do a longer season 2.
I cannot recommend this show enough. 5 stars. all the way. PLEASE bring us more.
22 people found this helpful
See all reviews
Back to top
Get to Know Us
Make Money with Us
Amazon Payment Products
Let Us Help You
EnglishChoose a language for shopping. United StatesChoose a country/region for shopping.
© 1996-2021, Amazon.com, Inc. or its affiliates