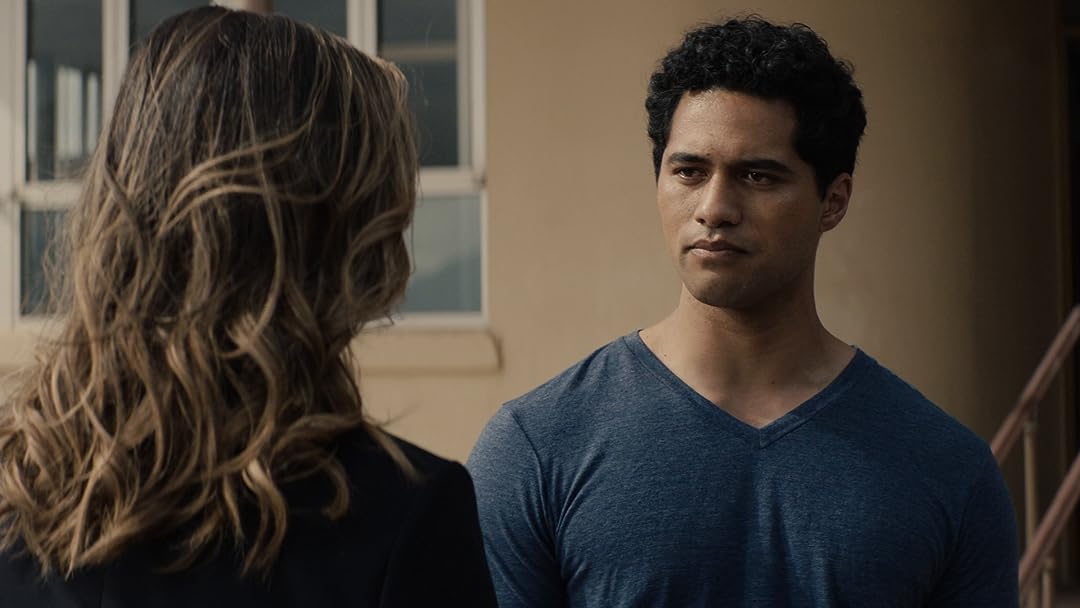 Season 1
(133)
2021X-RayTV-14
The world’s most successful television series continues on the seductive shores of the Aloha State with NCIS: HAWAI ' I, where the first female Special Agent in Charge of NCIS Pearl Harbor, Jane Tennant, has thrived and risen through the ranks by equal parts confidence and strategy in a system that has pushed back on her every step of the way.

William S. EakinsReviewed in the United States on November 11, 2021
5.0 out of 5 stars
The New NCIS Locale Has the Old Winning Formula
Verified purchase
The plots of the episode are interesting in themselves. The main attraction is coming to know each character better over time, thereby appreciating each new episode more deeply. The script writers build on what the viewer knows of the characters.

Tom SReviewed in the United States on October 9, 2021
1.0 out of 5 stars
awful, not HD quality.
Verified purchase
Terrible. And there's no way to get my $ back... Yeah, it's only 2.99 but Amazon has enough of my $.
If anyone from Amazon actually reads these, surprise me. Give me a refund!!
2 people found this helpful

Amazon CustomerReviewed in the United States on September 24, 2021
5.0 out of 5 stars
Surprisingly good!
I was 100% prepared to write this off as just one more NCIS spin off in a place where people have an excuse to half naked all the time, but it was actually good. It was a great episode, but a solid start and dare I say there was some plausible investigation work? Plus the female lead actually seems to run her team and investigation like a with some actual leadership, unlike Jethro Gibbs who magicks solutions out of thin air (for 18 seasons). Also, my personal pet peeve with TV shows is that they forget they have a location, a setting, a place to be based out of and that should be part of the story. In the first episode there were people who confidently speak Hawaiian lingo and recognized culture and natural resources. I am willing to give this show a shot on that alone, but I suspect (and hope) new episodes will be stronger than other NCIS spinoffs were.
18 people found this helpful

StarkasmReviewed in the United States on September 27, 2021
5.0 out of 5 stars
4 1/2 stars
I went into this with an open mind and you should too.
Watch this without comparing it with the original NCIS. Los Angeles isn't like the original and neither was New Orleans. Don't let your upset of New Orleans being canceled influence you either.
Just watch it as a new show. It's pretty good. I found the acting good, the storyline good and it held my interest. I will watch it again.
I see a lot of reviews saying the acting wasn't good. I found most of it fine. I did struggle with finding Tori Anderson - "Kate Whistler" to be a fit for her part. I've never seen her as an actor but it just didn't work. I don't know if she's a returning character but I hope not. Other than that I found I like the rest just fine and got pulled into their lives.
As with any new show, it will take a while to care about the characters and care about what happens to them. The Pilot made me want to see how it goes next week.

dc customerReviewed in the United States on October 8, 2021
5.0 out of 5 stars
Good acting and chemistry
It's a show that follows a formula, that's certain, but it also makes for a familiar and easy to buy into the 'scene' - it's not meant to be intellectual or heavy, but it's good entertainment. I'm really happy to see the group of actors who are cast in episode 1 and 2 continue. I really oved the actor who plays Kai in 800 words - he did an incredible job in that show and here he translates a very believable persona right away with some depth. I know a New Zealand actor playing a Hawaiian is a bit of a stretch, but he does a great job especially with the accent. For a few moments, I kept thinking I heard his New Zealand syntax/rhythm, but then I got caught up in the story and his acting just made the past positionning in my favorite drams from last year's quarantine (800 Words) fade into the NCIS Hawaii context. I'm looking forward to seeing more of the actors cast in this show and curious to see how the writing and directing melds them together. I got the sense that this show is less a police procedural than a human drama with a police procedural setting. The actress who plays Tennant is really good at drawing you into her character and made me believe immediately in her leadership ability. I started watching this with a bit of a negative, 'ugh, I don't think I will like an NCIS format' feeling but felt immediately, "at home" with the whole show, the writers and acting made it so likeable - like there is a lot of camaraderie and these are 'nice' characters, which is a welcome tenor to a police/crime drama. It's really so nice to enjoy a show like this - not overly technical and not aiming to be more than it is. Really nicely done!
9 people found this helpful

Duster DudeReviewed in the United States on September 21, 2021
2.0 out of 5 stars
Not NCIS
MEH...it's okay. Guess we have to have a story with a woman leader in a federal agency because in 2021 women lack the imagination to believe they can do anything a man can do. It's tedious that identity politics is the only driving force. Coming from CBS I guess this is their "mea culpa" for having a serial sexual harasser at the top for so long.
Admittedly this is the pilot episode and the first impression is often the strongest. I'm not that impressed with the characters. Mr. Ernie will NEVER be Abbie-or Casey for that matter. Like the other iterations of this franchise they try too hard to recreate the original. I'll stick around for a little bit and see what CBS hopes to do with this, but so far I'm not impressed
9 people found this helpful

R RedmonReviewed in the United States on September 22, 2021
1.0 out of 5 stars
Nothing
A women lead just to have a women lead ,pushing the agenda is all CBS does now make useless political statements with every show. This is boring, bad acting no energy. It just sucks.
10 people found this helpful

1MomentOfTruthReviewed in the United States on September 28, 2021
1.0 out of 5 stars
Pathetic
I try to find at least one positive thing about each thing I review, so let's start with that. The scenery is amazing! The rest of the show was phoned in though. There was no solid back story, the actors were stiff and had zero chemistry. The story line didn't help with that either. The writers went through every Hawai'i 50 script and every NCIS script and spent an hour cutting and pasting until they had a pilot episode...then they phoned it in. Between that and forcing the politically correct checklist, this show was doomed. I am sure there are more fans than I who couldn't even finish watching the pilot. Pathetic.
6 people found this helpful
See all reviews
Back to top
Get to Know Us
Make Money with Us
Amazon Payment Products
Let Us Help You
EnglishChoose a language for shopping. United StatesChoose a country/region for shopping.
© 1996-2021, Amazon.com, Inc. or its affiliates