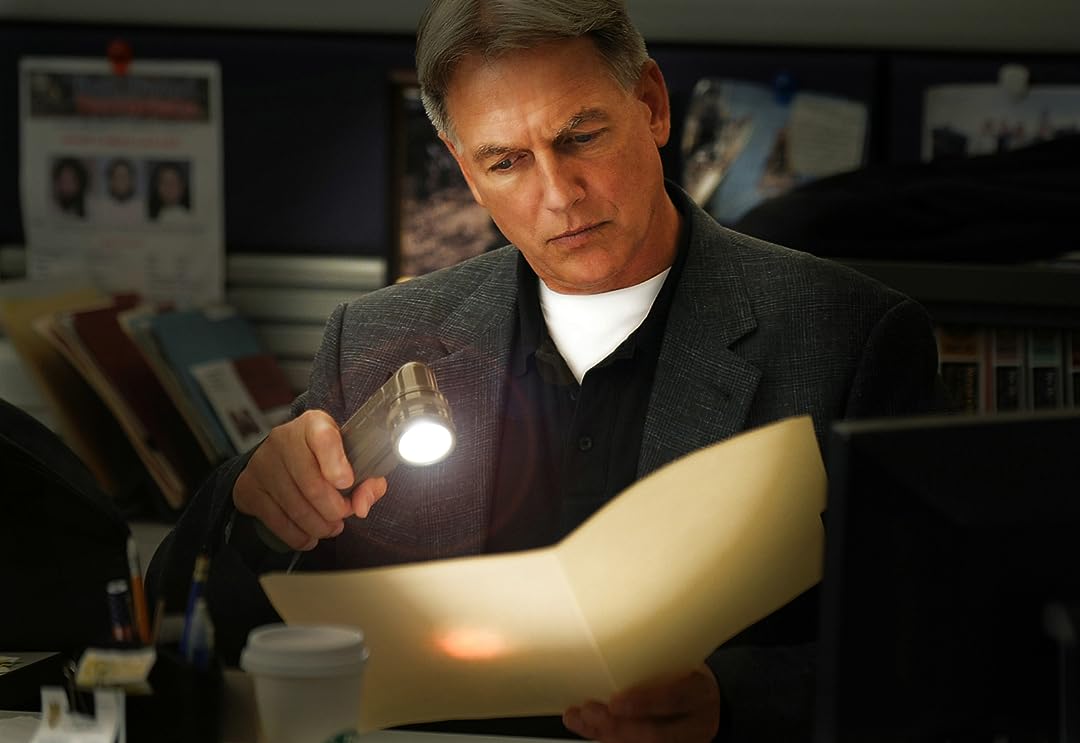 George S.Reviewed in the United States on March 14, 2020
5.0 out of 5 stars
Great DVD Collection!!
Verified purchase
A big fan of the NCIS Series as well as my wife and with a lot of garbage on TV now it's nice to watch some decent TV and Binge at the same time. We've purchased Seasons 1-8 thus far and each DVD has played flawlessly and looks great on out 65' Screen. All came in a plastic outer case in which the separate DVDs where themselves in a plastic case. Great protection. Highly recommend the entire set!!
3 people found this helpful

Sondra ThorntonReviewed in the United States on June 14, 2019
3.0 out of 5 stars
NCIS Season 3 One of the disks is messed up.
Verified purchase
Disk number 3 in the set is messed up and won't play anything after the 1st episode. Needs to be replaced, but because it took me so long to get to this season to watch it that it's past the return date window & I don't know if anything can be done. There are no visible issues/marks on the disk itself, so I'm confused as to what's going on. Would like it replaced if at all possible. The rest of the disks are fine in the set so the rest would get a 5 star.
One person found this helpful

Michael GriswoldReviewed in the United States on August 24, 2015
5.0 out of 5 stars
NCIS sets the table
Verified purchase
NCIS Season Three really set the table for the next two-three years with the introduction of the characters of Ziva David and new NCIS Director Jenny Shepard. Before we get there however, we have to deal with the aftermath of the death of Agent Kate Todd in a somewhat haunting episode complete with talking corpses. The transition of the new characters into the NCIS fold was done virtually perfectly as the team has to accept the clash of cultures or styles between Ziva and Kate and Gibbs has to move past his past with his new boss Director Shepard.

I thought that everything was done in a very realistic manner and new stories were opened up that apparently are still memorable years later since I remembered so many of them, even though I have not caught an NCIS marathon in years.

Derrick JenkinsReviewed in the United States on October 6, 2008
5.0 out of 5 stars
starts with a tragic loss
Verified purchase
as one of their own is shot and killed by the terrorist Gibbs has been hunting Ari. The season also shows how the different NCIS members are dealing with this tragic loss in a two part episode Kill Ari. This in turn leads to the new characters, Ziva David and the new NCIS Director (who has more than a little history with Gibbs).

This all blends in well and the new members of the team pick up right where they left off. With all the quirkiness and fun that they have in each show, it only helps to show much the actors/actresses have grown together and it makes NCIS one reason that i love to watch not only this show. But others of the same caliber. I am looking forward to season four as well as the 3rd season ended in a particular way. It leaves a lot of things open for the following season.

But it also answers a few questions before the season is up like Gibbs past and how that affects him in his job today. I love all the characters in the show-Abby, Ducky, Dinozo(sp), "Probie", Ziva and the like. As each of them has their various moments throughout the season from killing an undercover cop, to a prisoner dying in custody or a mentally deranged ex-boyfriend that just won't go away.

Along with some cool special features, NCIS is a show that is best watched from the beginning so that you get the full effect. So buy the 1st seasons and start from there. By the time you get to season 3 you'll be well versed and know what all the buzz is about. NCIS is the real deal when it comes to TV shows period.

jsReviewed in the United States on August 22, 2008
5.0 out of 5 stars
NCIS - Third Season ( it rocks)
Verified purchase
[[ASIN:B000MGBSIK NCIS Naval Criminal Investigative Service - The Complete Third Season]] I ordered this set of tv DVDs on July 15. It came to me in quickness like I have never seen. I have watched the set so often I have them memorized. The quality of the discs are great, the story lines have been written and performed superbly and the team works together like none other on television. Having watched the previous seasons I have discovered that by season three each actor and actress has become part of a family and they work smoothly together to get the job done. There is trust, humor, dependency, pain in loss of a team member, and like any family, there can be competetion with touches of jealousy, but also pride in other team members' successes. I highly recommend NCIS season three (and all other seasons as well)the drama will keep you on the edge of your seat, the humor will uplift you; death of a team member and the others' reactions will make you cry; injury to another team member will keep you wondering what will become of him. Finally I especially like the special feature - the round table -- where the actors and actresses sit around the dinner table answering fans' questions and displaying the compatabliliy of this special family of friends and co-workers.
One person found this helpful

Rosaidh CeallachReviewed in the United States on May 3, 2007
5.0 out of 5 stars
NCIS Rocks!!!!
Verified purchase
NCIS started off in season one as just a "filler" show that I would watch once in a while, then I got hooked. I ended up buying season one, two and three. Although I really hated that they killed Kate off, I felt better when I read that it was her own choice to leave the show. Then, Ziva came along and I love her character. The dynamics between Ziva and Tony are interesting. Then you have Abby...if you don't like Abby, you simply should not watch the show. The relationships between the characters make the show fun to watch. Abby / Gibbs, Ziva / Gibbs, Tony / Gibbs, Madam Director / Gibbs, Madam Director / Tony, Ducky / Abby, Ducky / Gibbs, Ziva / Abby...and that Palmer guy .... he and the lawyer!!! What is the deal there...no...don't answer. The show has gotten better and better with each season. If you are just starting out as an NCIS fan, buy all three seasons. You will not regret it.
4 people found this helpful

A. J. LaffertyReviewed in the United States on June 7, 2009
5.0 out of 5 stars
NCIS Season 3
Verified purchase
Recently I have become a fan of NCIS for a couple of reasons...it was a spin off from Jag and it had David McCallum, from The Man from U.N.C.L.E., but I have really grown to appreciate all of the characters of NCIS. From the father figure of Gibbs, to the 1st son character of DiNozzo, Zeva who you would never turn your back on, and McGee the ever loving geek. Add Abby the forensic whiz kid and Duckie, who also solves his case, sometimes postmortem, and you have a nice balance of not only plot, intrigue, but family. The matron, Jenny adds a nice balance, making everyone accountable to someone, even Gibbs.
See all reviews
Back to top
Get to Know Us
Make Money with Us
Amazon Payment Products
Let Us Help You
EnglishChoose a language for shopping. United StatesChoose a country/region for shopping.
© 1996-2021, Amazon.com, Inc. or its affiliates