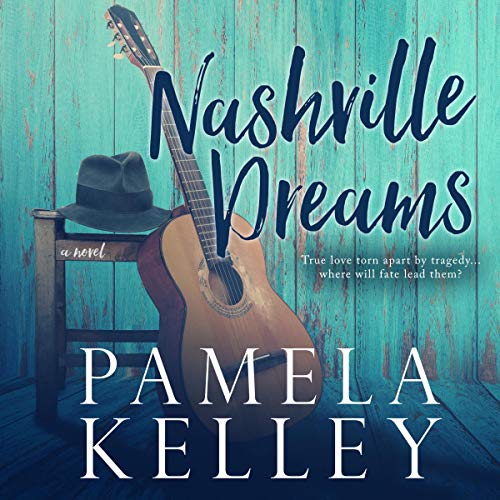 A second-chance women's fiction saga set in Charleston and Nashville.

Laura Scott grew up in a trailer park. It was just her and her mother and they were happy, even if others looked down at them. When this story begins, Laura is madly in love with her best friend, Cole Dawson, and dreaming of their future. Cole wants a career in country music. They'd planned to marry after graduating college, but an unexpected pregnancy speeds up their timeline.

Dalton Dawson, Cole's father, is a billionaire aiming to be governor. He doesn't approve of Laura or of Cole's interest in music. He wants him to follow in his footsteps and go to law school. When he learns about Laura's pregnancy and their plans to marry soon, he's furious. This will not reflect well on his candidacy.

A fatal car accident changes everything when Dalton takes an action that he thinks will be best for everyone. But actions have consequences. As the years pass, fate takes Laura and Cole in very different directions. Eventually, their paths cross again in Nashville, where their lives are very different from how either of them imagined.

Nashville Dreams is a compelling women's fiction saga. If you like first loves revisited and a love story that plays out over the years, you may enjoy this.

Special invitation from Audible!
Learn more about Membership
List Price: $14.95
You Save: $1.87 (13%)
By completing your purchase, you agree to Audible’s Conditions Of Use
Sold and delivered by Audible, an Amazon company
Share

zoey
1.0 out of 5 stars not for me...
Reviewed in the United States on July 12, 2018
Verified Purchase
I really could not get into the couple or the story.

The H and h were together in high school. They separated after an accident and the h had amnesia. When they are together again years later, the H is married. The story then covers a lot and I mean a lot of the H's wife and his time together. The H settled into marriage with OW thinking he would never find another love like the h's. The h in the meantime is engaged to her boyfriend. She breaks up with him shortly after meeting up with the H again.

The two finally get together towards the end of the book when the wife asks for a divorce because she is interested in a co worker.

Dislike: If the H was so in love with the h, he should not have gotten married in the first place. And then, he did not initiate a divorce when he was reunited with the h and knew that he still had feelings for her. He even suspected that his wife was cheating on him when she told him that she was working late and he saw her with the co worker. He already knew his marriage was in trouble and yet he continued with the marriage. The two main characters did not get together until close to the end of the book and he was still married. A good portion of the book was devoted to the H and the OW. That took away the romance for the two main characters.

Bubby Fran
5.0 out of 5 stars Changed my life!
Reviewed in the United States on December 18, 2019
Verified Purchase
I really treasured watching Laura develop her musical talent. Her playing and most of all her writing. She developed an aspect of herself she didn't know she had. She developed who she really was and Nashville was where she could be herself!
True love is hard to find...she and Cole knew what they had once had...after that it's hard to settle for anything less!
The truth is that if it can be thought of or dreamed...it can be done by anyone willing to do the work so that one can have personal joy. Life changing idea!
Read more
8 people found this helpful
Helpful
Report abuse

R.H. McCort
5.0 out of 5 stars Sometimes what we expect from life is not what we get
Reviewed in the United States on June 22, 2020
Verified Purchase
Laura Scott and her high school boyfriend Cole Dawson never expected Laura to get pregnant just before they were to head off to school. Enter Cole's Dad, Dalton Dawson who wants to be the next governor of South Carolina and a car accident which is about to change everything. Laura is shipped off Montana after the accident and no memory to live with Dalton's sister. Meanwhile Cole is lead to believe Laura took the money his father Dalton offered and left. Well as luck would have it, Laura thrives and becomes interested in music writing and Cole's dream was always to be a singer, not the lawyer his father and wife wants. As the story unfolds you feel like you know were its going but there are hiccups along the way. Ms. Kelley keeps the story interesting and while this is a standalone book your happy with the story.
Read more
One person found this helpful
Helpful
Report abuse

Aimee A. Rice
2.0 out of 5 stars Okay read if you just need to rest your brain for awhile.
Reviewed in the United States on February 2, 2021
Verified Purchase
I just don’t know where to start. I have enjoyed several other Pamela Kelley books, but this one is just vapid and filled with holes. There are just too many questions left unanswered, details overlooked, and idiocies that we are supposed to blindly accept. Did the girl not have ID with her address? Did she not ask to see childhood pictures or school yearbooks? She didn’t need medical or dental records for all those years? The list is just too long. I gave it two stars instead of one because I thought the concept was actually pretty interesting.
Read more
One person found this helpful
Helpful
Report abuse

Kindle Customer
5.0 out of 5 stars Nashville Dreams
Reviewed in the United States on September 17, 2020
Verified Purchase
Good characters. Cole & Laura truly were soul mates. Music has a way of seeking out the lost, the lonely the sad. Laura had the talent in her, it was the perfect way to carry her through all the heartbreak in her life.

Greed for money & power were apparent throughout this story & has been through many lives. This story could be the story of many. Truth or fiction, it's lived out every day in the lives of many. Unfortunately the "happily ever after" is not necessarily the norm.

A lot of "stuff" built into this book. Read & enjoy.
Read more
One person found this helpful
Helpful
Report abuse

T. Morgan
2.0 out of 5 stars Not her best work
Reviewed in the United States on May 8, 2021
Verified Purchase
Unless someone edited it wrong, the author confuses characters with each other - more than once.

Would have been better if story developed as well & as fast as Laura’s music career.

Laura’s uninterest in marriage was plenty to make the story interesting, writing her a bad fiancé ruined that point.

Author repeats same cliches from different characters to the point of nausea. It makes for a very “vanilla” read.
Read more
One person found this helpful
Helpful
Report abuse

NanaCav
5.0 out of 5 stars ** Loved It **
Reviewed in the United States on April 7, 2020
Verified Purchase
Pamela Kelley's Nashville Dreams will surely pull at your heartstrings. Can a young love that was torn part be put back together? Can a father who is bent on doing what he thinks 'is in his son's best interest" ever find peace after what he did? Laura and Cole were childhood sweethearts. They knew they would get married someday soon. Then they were involved in a tragic accident and their lives were forever changed. I loved every minute of this emotional second chance love story and hated for it to end.
Read more
One person found this helpful
Helpful
Report abuse

Kindle Customer
5.0 out of 5 stars Excellent!
Reviewed in the United States on April 15, 2022
Verified Purchase
A love story of Cole and Laura, high school sweethearts. Laura was pregnant and they were going to be married soon and head to college. Unfortunately Cole's Dad did not approve. Can their love survive a meddling father? Pamela Kelly's books are always good. By the end of the first chapter, the reader is hooked. Great character development and story.
Read more
Helpful
Report abuse
See all reviews

Readsalot
5.0 out of 5 stars A must-read!
Reviewed in the United Kingdom on April 7, 2020
Verified Purchase
This story is full of richly drawn characters and some wonderful twists and turns! I loved the insight into Nashville country music scene too. Would highly recommend for anyone who enjoys a story of family, friends and first love.
Read more
Report abuse

Janet
3.0 out of 5 stars 3.5 Stars Easy Delightful Read
Reviewed in Australia on March 8, 2021
Verified Purchase
3.5 stars. A quick delightful read. High school romance and love takes an abrupt turn; changing the trajectory of two lives. Laura finds passion in the unknown. Cole flounders holding onto the past. Neither of them knowing the whole story. This is a great beach read, sunroom on a rainy day, snuggle up with a cup of hot chocolate book. Easy and enjoyable. This is not an in-depth analysis of hurt, longing and searching for answers. It would make a great lifetime movie.
Read more
Report abuse

Lorie M
5.0 out of 5 stars Tragedy to triumph
Reviewed in Canada on September 26, 2020
Verified Purchase
A lovely, poignant romance with twists and turns, this book touched my heart . Beautifully written, it's definitely worthy of many re-reads later. If you're a to
Antic, this is the book for you.
Read more
Report abuse

Trish Cheetham
5.0 out of 5 stars She is a very good author
Reviewed in Australia on September 28, 2019
Verified Purchase
Maybe could have a longer ending
Read more
Report abuse

Bev
5.0 out of 5 stars Pleasant read
Reviewed in Canada on October 15, 2020
Verified Purchase
It was a nice easy read. A good change from my usual murder mystery reads.
Read more
Report abuse
See all reviews