Big Nate Goes for Broke and millions of other books are available for Amazon Kindle. Learn more 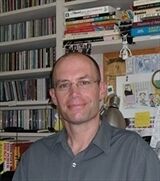 by Lincoln Peirce (Author, Illustrator)
4.8 out of 5 stars 900 ratings
Book 4 of 8: Big Nate
Teachers' pick
See all formats and editions
Sorry, there was a problem loading this page. Try again.

Big Nate is going for broke in the fourth novel in the hilarious New York Times bestselling series by Lincoln Peirce!

This time, Nate and his friends are in the Ultimate Snowdown—a wintry snow-sculpture competition against the bullies from Jefferson Middle School, who beat P.S. 38 at EVERYTHING!

This hilarious, comic-strip adventure is perfect for reluctant readers and fans of Jeff Kinney and Raina Telgemeier.

Includes a sneak peek of Big Nate Flips Out!

Praise for BIG NATE: IN A CLASS BY HIMSELF: “Though Nate may not achieve the fame he seeks with his classmates, this sharp-witted and unflappable protagonist just might find it with readers.” -- Publishers Weekly

Praise for BIG NATE: IN A CLASS BY HIMSELF: “Thank goodness sequels are planned!” -- Kirkus Reviews

Praise for BIG NATE: IN A CLASS BY HIMSELF: “Laugh-out-loud!” -- School Library Journal

Praise for BIG NATE: IN A CLASS BY HIMSELF: “Nate’s persistent good cheer and moxie make him a likeable new proxy for young misfits.” -- Booklist

Praise for BIG NATE: IN A CLASS BY HIMSELF: “What carries the day are the zany illustartions and unflagging enthusiasm of Nate Himself.” -- Bulletin of the Center for Children’s Books

Praise for BIG NATE STRIKES AGAIN: “The millions of Wimpy Kid fans will be thrilled to find another cartoon buddy to read about, this good-hearted king of detention.” -- Horn Book (starred review)

Praise for BIG NATE STRIKES AGAIN: “Fans will be in heaven; thank goodness number three is already on the way.” -- Kirkus Reviews

Praise for BIG NATE STRIKES AGAIN: “Even the most jaded middle-schooler will find much to laugh about here.” -- Horn Book Magazine

Praise for BIG NATE ON A ROLL: “[T]he slickest of this series...On a roll indeed!” -- Kirkus Reviews (starred review)

Lincoln Peirce (pronounced "purse") is a cartoonist/writer and New York Times bestselling author of the hilarious Big Nate book series (www.bignatebooks.com), now published in twenty-five countries worldwide and available as ebooks and audiobooks and as an app, Big Nate: Comix by U! He is also the creator of the comic strip Big Nate. It appears in over three hundred U.S. newspapers and online daily at www.gocomics.com/bignate. Lincoln's boyhood idol was Charles Schulz of Peanuts fame, but his main inspiration for Big Nate has always been his own experience as a sixth grader. Just like Nate, Lincoln loves comics, ice hockey, and Cheez Doodles (and dislikes cats, figure skating, and egg salad). His Big Nate books have been featured on Good Morning America and in the Boston Globe, the Los Angeles Times, USA Today, and the Washington Post. He has also written for Cartoon Network and Nickelodeon. Lincoln lives with his wife and two children in Portland, Maine.

Start reading Big Nate Goes for Broke on your Kindle in under a minute.

Lincoln Peirce (pronounced “purse”) is a New York Times bestselling author and cartoonist/writer in Portland, Maine. He lives with his wife and two children, and gives lectures to students about cartoon creating. Peirce is the creator of the comic strip Big Nate, that debuted in 1991 and appears in 250 newspapers in the US and online daily at www.comics.com, and is featured on the website Poptropica, www.poptropica.com. His is the author of Big Nate: In a Class by Himself and Big Nate: Strikes Again, the first two books in the Big Nate series, and BIG NATE FROM THE TOP, a collection of the most hilarious BIG NATE comic strips (Andrews McMeel, Fall 2010 pub). Lincoln Peirce was born in Iowa, earned a B.A. from Colby College, a Master’s Degree in drawing/painting from Brooklyn College, studied at the Skowhegan School of Painting and Sculpture, and has also taught art Xavier High School in New York. A fan and collector of classic country music, Lincoln also hosts a radio show called South by Southwest, dedicated to honky tonk and western swing, from 8:30 to 10:30 every Monday morning on WMPG (a community radio station in Portland, Maine). A huge thrill of his was interviewing Willie Nelson on board his tour bus a few years ago. You can visit him online at www.bignatebooks.com, where Lincoln blogs twice a week.

4.8 out of 5 stars
4.8 out of 5
900 global ratings
How are ratings calculated?
To calculate the overall star rating and percentage breakdown by star, we don’t use a simple average. Instead, our system considers things like how recent a review is and if the reviewer bought the item on Amazon. It also analyzes reviews to verify trustworthiness.

Fourtune Teller
5.0 out of 5 stars The Best Book Ever!
Reviewed in the United States on July 30, 2015
Verified Purchase
Well, another Big Nate book! They are all very fun, I must say. It's very funny at the best of times. You wish to know what happens? Ok, I'll give you the highlights.... It all starts with Nate and his gang of friends at their normal school, P.S. 38. They are all fine when THIS hapoens- "the school has something weird going on! You will have to go home! We will find you a new school!" (OK, it's not exactly what Principal Nicholes said. But it's CLOSE!) So, then everyone heads home. Buses. Cars. Trucks. Then it turns out that they are going to Jefferson, their arch-rivil. Then the gang of friends are really bummed. But they discover alot of cool things there. Sensing mothers for the water fountains, a place to have out during free periods, auditorium sets that recline. Then there is a basketball game within the two schools. Jefferson won, 129 to 43. Wow. That is amazing. So then P.S. 38 to a snow sculpture contest. Oh, did I mention that Chad hurt his tailbone and there is this person named Nolan that keeps on Harrising (how DO you spell it, anyway?)? Maybe I didn't. Well that does happen. So then at some point Dee Dee says to the gang- "they have an Achilles' heel!" What do as THAT mean? The rest of the gang is a bit confused. So Nate decides to ask his sister, Ellen. She gives him a report on Achilles. This is what is means- " when people say you have an Achilles heel, you have a little weekness that could cause you BIG trouble." that's cool, right? So then the snow sculpture contest comes. The P.S. 38 school makes an Achilles snow sculpture, whereas the Jefferson school covers a knight. That's there Achilles's heel! Cool, right? So then the P.S. 38 school wins the contest. Oh! I almost forgot. Nate hurts his right wrist. Ow. It was from jumping off a stable to get Chads 'pillow' (the things he needs to put pressure of his tailbone.). So, since Nate is right handed, that makes a problem. Anyway, so nate and the gang goes back to the P.S. 38 school. And they have a good ending! So those are the highlights. I hope you liked this book as much as I did. Thank you for reading this review. Happy reading!
Read more
7 people found this helpful
Helpful
Report abuse

anthony b.
3.0 out of 5 stars Not as good as the newspaper comic collections but still good.
Reviewed in the United States on January 5, 2021
Verified Purchase
The Wikipedia synopsis makes this sound better but it’s still classic and entertaining Big Nate, especially for younger readers. I loved the character of DeeDee and the art contest at the end.
Read more
Helpful
Report abuse

Kari R.
5.0 out of 5 stars Great book!
Reviewed in the United States on November 29, 2016
Verified Purchase
This book series is awesome! My 10 yr old son loves them. The story is entertaining and he loves the comics in the book! I will be buying more of this series. Great read for young readers!
Read more
2 people found this helpful
Helpful
Report abuse

Caveman#413
5.0 out of 5 stars GREAT BOOK!!!!!!
Reviewed in the United States on September 27, 2017
Verified Purchase
It was one of my favorite books in the series so far.This book rules!!! It is off the charts for books!!☺👍
Read more
2 people found this helpful
Helpful
Report abuse

Marc Strand
VINE VOICE
5.0 out of 5 stars Our grandson read this in 2 days...and wanted more.
Reviewed in the United States on September 19, 2012
Verified Purchase
We bought this book, along with  Big Nate on a Roll  for our grandson's 11th birthday. We knew he likes Big Nate, but I didn't really expect him to read the books in about 2 days each. I know when I read a book that quickly, it means I really enjoyed the book, so I wasn't surprised when he said how much he enjoyed them and how much he wished he had a few more Big Nate books to read.
Read more
2 people found this helpful
Helpful
Report abuse

LouLou
5.0 out of 5 stars Great series
Reviewed in the United Kingdom on July 31, 2012
Verified Purchase
My son (9Yrs) likes reading but it is not his top priority . I bought one of these Big Nate books for him on a whim because I heard about other kids in his class reading them and I'm so glad I did. He read "Big Nate - the boy with the biggest head in the world" in 2 days and wouldn't put it down. I am now buying other books in the series for him to read at home and at school. Great series, highly recommend.
Read more
3 people found this helpful
Report abuse

Matthias
5.0 out of 5 stars Loved it!
Reviewed in the United Kingdom on November 20, 2020
Verified Purchase
Bought for younger brother, he loved it!
Read more
Report abuse

ms
5.0 out of 5 stars Excellent
Reviewed in the United Kingdom on November 21, 2013
Verified Purchase
Very good condition. Children and cousins loved it. Passed it on to childrens cousins as they were keen on reading it too once my daughter finished reading it.
Read more
Report abuse
See all reviews
Back to top
Get to Know Us
Make Money with Us
Amazon Payment Products
Let Us Help You
EnglishChoose a language for shopping. United StatesChoose a country/region for shopping.
© 1996-2021, Amazon.com, Inc. or its affiliates