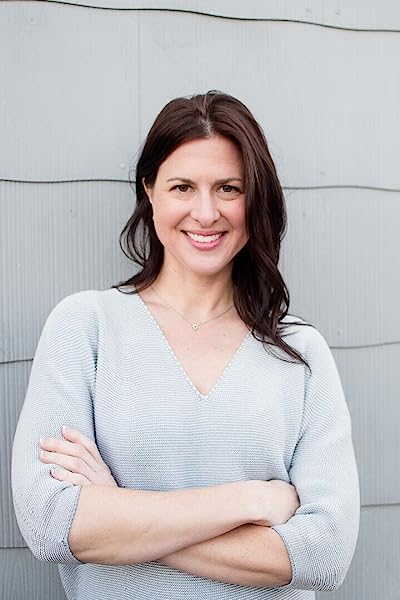 by Elizabeth Carney (Author)
4.8 out of 5 stars 377 ratings
Part of: National Geographic Readers Level 2 (41 books)
See all formats and editions
Sorry, there was a problem loading this page. Try again.

Why were mummies mummified? These mysterious corpses provide a fascinating window on the past of cultures worldwide. Mummies has plenty of ghoulish intrigue to keep young readers reading. This irresistible title provides the solid science behind the myths and guarantees a successful and rewarding reading experience for kids at level 2. Mummies is a compelling combination of fun, facts, jokes and captivating photography. National Geographic supports K-12 educators with ELA Common Core Resources. Visit www.natgeoed.org/commoncore for more information.
Read more
Previous page
Next page

Elizabeth Carney is a writer and editor based in Powell, Ohio. She specializes in children's nonfiction.

Elizabeth received the 2005 AAAS Science Journalism Award for science reporting for children. Her titles Face to Face With Cheetahs, Face to Face With Gorillas, and Great Migrations: Whales, Wildebeests, Butterflies, Elephants, and Other Amazing Animals on the Move appeared on the National Science Teachers Association's Outstanding Science Trade Book list for 2008, 2009, and 2010, respectively.

4.8 out of 5 stars
4.8 out of 5
377 global ratings
How are ratings calculated?
To calculate the overall star rating and percentage breakdown by star, we don’t use a simple average. Instead, our system considers things like how recent a review is and if the reviewer bought the item on Amazon. It also analyzes reviews to verify trustworthiness.
Top reviews

Lexi G
5.0 out of 5 stars My son’s favorite book
Reviewed in the United States on February 18, 2021
Verified Purchase
My first grader has been really interested in mummies lately (thanks scooby doo). I bought this book since it’s non fiction and in his reading level. The pictures are a little spooky since they’re of real mummies. He absolutely loved all the cool facts in this book. From seeing pictures of real mummies to learning about the mummification process. He reads this book at least once a week. He’s even shared it with his virtual class and have inspired his classmates and teacher to learn more about ancient Egypt. This was definitely a winner for my seven year old who loves to learn.
Read more
Helpful
Report abuse

JD
5.0 out of 5 stars A Very Good Place to Start (for my first grade classroom)
Reviewed in the United States on January 8, 2015
Verified Purchase
I bought this book to learn about mummies with my first graders. That is NOT an easy subject to teach with such little children, as you're talking about dead people. It all started when they asked, "Are mummies real?" I replied with the truth, "Well, yes, but they're not monsters that chase you around going, 'Whoooooo!'" And thus began my search for an age-appropriate, non-fiction book about mummies. Let me assure you, that doesn't exist. However, that being said, with lots of stopping for commentary and answering questions, this was really good. Some were scared, some were grossed out, almost all were fascinated. And you're dealing with ancient religious beliefs, so at one point, I had to tell them, "That is a good question. People believe different things. You should ask you parents what they believe." One little girl told me after I finished reading, "This is kind of disgusting, but it's also kind of interesting." I could've hugged her on the spot. It's probably very different if you're reading it one-on-one with your child, but when you're tackling a room full of little, eager minds, this is a pretty good place to start. I recommend it, but be prepared to stop along the way to explain things, ask questions, and answer questions. I also recommend having additional non-fiction books for them to browse, but this was the best I found to actually read to them.
Read more
11 people found this helpful
Helpful
Report abuse

SylRod
5.0 out of 5 stars Perfect for my 1st grader!
Reviewed in the United States on December 11, 2018
Verified Purchase
My 1st grader was intrigued with the Mummies ever since they studied them in school. I wanted something educational but interesting and this was definitely it. He was even ahead of the game when the teacher went over how they mummify because he had seen the steps in the book!
Read more
One person found this helpful
Helpful
Report abuse

Heather
5.0 out of 5 stars He loved it.
Reviewed in the United States on September 27, 2017
Verified Purchase
I bought this as a gift for my 7 year old nephew, who is fascinated with mummies. He loved it.
Read more
4 people found this helpful
Helpful
Report abuse

Hannah K
5.0 out of 5 stars My students loved reading this with me!
Reviewed in the United States on July 2, 2020
Verified Purchase
Age appropriate for young kids. The fake mummies in cartoons were scaring them, so we remedied their fear with facts!
Read more
Helpful
Report abuse

Betty Cohran
5.0 out of 5 stars Interesting read!
Reviewed in the United States on May 14, 2021
Verified Purchase
Very interesting, a child’s magazine but I enjoyed it!
Read more
Helpful
Report abuse

Amazon Customer
5.0 out of 5 stars Super teaching tool
Reviewed in Canada on May 8, 2019
Verified Purchase
I purchase these for my grandchildren. They really enjoy these books, as they are geared to children who are learning to read. The rating system is fantastic, and really does help you decide which level your child is reading at, and their ability to understand what they are reading. Fantastic books.
Read more
Report abuse

Storm
5.0 out of 5 stars Good company to deal with
Reviewed in Canada on May 11, 2019
Verified Purchase
Grandaughter loves this
Read more
Report abuse
See all reviews
Back to top
Get to Know Us
Make Money with Us
Amazon Payment Products
Let Us Help You
EnglishChoose a language for shopping. United StatesChoose a country/region for shopping.
© 1996-2022, Amazon.com, Inc. or its affiliates