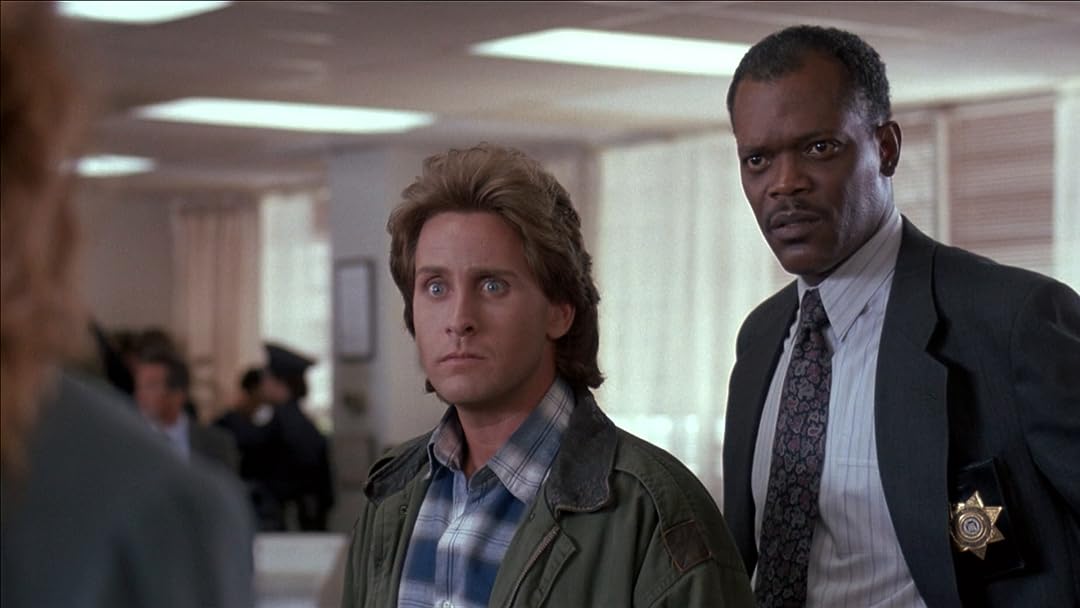 SZEPNSHERReviewed in the United States on October 16, 2020
5.0 out of 5 stars
A MUST WATCH!
Verified purchase
Yes it's one of those stupid funny movies. All star cast, lots of cameos!!! Classic Lampoon style movie, watch for all kinds of wierd activity in back grounds of scenes, improper props, things that shouldn't be there... that's National Lampoon style movies. Very simple, dumb but very funny. Sorry to say, Millinials WILL NOT GET IT. Too young. Like Family Guy, lots of comparisons to past commercials, politics, sayings.. etc. ENJOY!
3 people found this helpful

Jarrod CartwrightReviewed in the United States on August 6, 2020
5.0 out of 5 stars
hidden comedy gem
Verified purchase
while sheen did hot shots, estevez did this one off loaded weapon riff on the lethal weapon series. Sam jackson plays his partner and the comedy is full on goofy slapstick goodness. Think leslie Nielsen comedy. We laugh out loud everytime. Also has best bruce willis cameo ever.
3 people found this helpful

Opa WayneReviewed in the United States on June 19, 2011
5.0 out of 5 stars
Constantly Comical Capers
Verified purchase
This is a very funny movie. National Lampoon's Loaded Weapon, a take off spoof of the Lethal Weapon series, is a hilarious, often slap stick comedy that is certain to entertain comedy lovers everywhere. My wife and I enjoyed it so much that we are already planning a second viewing.

Two troubled detectives, Sergeant Colt (Emilio Estevez) and Sergeant Lugar (Samuel L. Jackson) are reluctantly teamed to track down a criminal organization that is spiking Wilderness Girl cookies with drugs. Colt is deeply troubled by the loss of his loving dog, and Lugar is haunted by the death of his former partner (played by Woopie Goldberg in a cameo). Their psychological problems occasionally lead to memory flashbacks as side scenes that almost steal the movie.

The bad guys are brilliantly played by William Shatner as General Mortars, psychotic crime boss, and Tim Curry as the General's bloodthirsty, but rather inept, enforcer. Kathy Ireland is excellent as the head of the Wilderness Girls Cookies.

Loaded Weapon 1 is replete with sight gags. If one carefully watches you can see objects out of place, strange writing on walls, pictures on appliances, sub scenes just barely off center stage. You see references to other movies in which these actors starred (like Star Trek, Police Academy, Stakeout and Beverly Hills Cop)

National Lampoons Loaded Weapon1 is a fun film. I recommend it for a good laugh to cheer you when you are sad, and to comedy lovers everywhere.

Vicky BullardReviewed in the United States on March 3, 2016
4.0 out of 5 stars
Silly and Funny
Verified purchase
This movie is so silly and ridiculous! I hate to admit that I love it. My siblings and I watched it when we were kids and used all of the crazy quotes in our everyday lives. We are planning a big family trip and I wanted to bring the movie to watch and remember our childhood. Emilio Estevez and Samuel L. Jackson are so funny in poking fun of cop movies, but it is so silly...
6 people found this helpful

Mr. PotterReviewed in the United States on March 18, 2021
5.0 out of 5 stars
A Gem you Probably Overlooked
Verified purchase
Did you like Airplane? Naked Gun? Spinal Tap? This little Gem is right up there with the best of these fine "Gag" based films. Try it!
One person found this helpful

kathleen mckeonReviewed in the United States on February 20, 2016
4.0 out of 5 stars
Good rental. Watch with subtitles so you catch it all.
Verified purchase
As mentionedin other reviews, if you missed or miss 80s era action movies, this is the all-in-one.

My fav is the Bruce Willis cameo. So Bruce, so LW.

Great cameos, great moments revisited. No worries about getting bogged down with plot. You know it already. The villains are even the same. If you take LW, Die Hard, seriously, you might get upset about this one. If you enjoyed the ridiculousity of those classics, you'll enjoy this. A few breaking the fourth wall moments, but not overdone.

Good for a rental.
One person found this helpful

TomReviewed in the United States on August 10, 2012
4.0 out of 5 stars
Good Movie but...
Verified purchase
This was supposed to be a widescreen or full screen version of Loaded Weapon. Instead it's a double feature of Loaded Weapon and Senior Trip. Both movies only on full screen... It doesn't say anywhere on the website, movie case or disc about the movie Senior Trip...Plus seeing as I have a widescreen tv, I would have preferred the movie I ordered. I don't know why, it wouldn't tell me about the double feature at least on the disc. I could understand if they sent me the wrong movie by accident, but wtf? It was nice to get two movies for the price of one that's why I gave it 4 stars. But full screen...really? Who still has a full screen tv anymore....
2 people found this helpful

GraphicsgodReviewed in the United States on November 2, 2012
4.0 out of 5 stars
Love this movie!!
Verified purchase
What can I say.. The DVD arrived fast and in reletavily good shape.

The movie itself is basic, no special features, don't believe there was surround sound, or even comentary. Just the movie. Which is fine, because this movie is a classic!! If your a fan of the Naked Gun or Hot Shots series of movies, you will love this movie!! Plus all the cameos from famous people will blow you away. It's defenantly worth owning and showing to your friends, you will all be laughing so hard, your sides will hurt!

I just wish there was a sequel!! They were going to make it right after the first film, but since it didn't do well at the box pffice, they canned the idea. Well it still lives on from VHS to DVD.
See all reviews
Back to top
Get to Know Us
Make Money with Us
Amazon Payment Products
Let Us Help You
EnglishChoose a language for shopping. United StatesChoose a country/region for shopping.
© 1996-2022, Amazon.com, Inc. or its affiliates