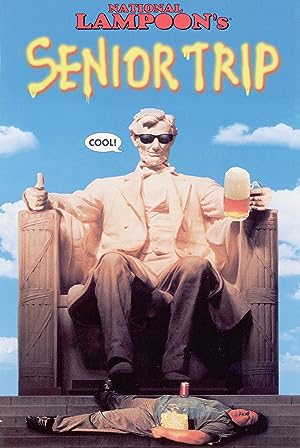 C. SultoReviewed in the United States on February 28, 2014
5.0 out of 5 stars
What can I say, it's great stupid mindless fun
Verified purchase
So, they say that the more advanced the mind is, the more it craves mindless play. I like to think that rather than be known as a moron, but I love this movie.

It's dumb, juvenile, simplistic, glorifies dope heads, has mischievous grade school pranks, features promiscuity and is outright implausible, but it's also genius and entertaining from the script, to the acting and directing.
If you like Cheech and Chong movies, Star Trek parodies, and at least knew of Max Headroom, you will adore this movie even more. Most people will NOT get it, I am sure.

I wish I had seen it in the theater as my friend did. She told me that she saw a matinee of it where there was her and some other person in the entire theater. After fifteen minutes, she was the only one watching it. While she did not praise it, later when I caught it on satellite for the first time, I told her I felt honored I knew someone who actually paid to see it first run! She still does not get it though and thinks it's still an awful stupid movie.

Stupid fun it is and I will not go into the story so you just have to watch it!

elizabeth nolanReviewed in the United States on November 23, 2016
5.0 out of 5 stars
I've heard some really bad reviews of this movie
Verified purchase
I don't know why people are so against this film. I've heard some really bad reviews of this movie. I saw it almost ten years ago and I loved it from the moment I watched it. It's a very funny film. You can watch it and think, I knew someone like that in high school. It's about a group of students going to Washington. The students range from smart to complete idiot's. Their principal, who you almost feel sorry for, goes with them and everything goes bad for him. But something sinister is going on in Washington....
This is a very funny movie i love to watch again and again
2 people found this helpful

Jeremy BaylesReviewed in the United States on February 16, 2021
5.0 out of 5 stars
Underated Classic
Verified purchase
Used to watch this movie a lot as a kid back in the 90's. Had it on a videotape that was recorded from network syndication. Was great to get a blast from the past that was much better quality than that worn out old tape. This is one of National Lampoons lesser known titles, but it checks all the boxes. Great film here.

S. M.Reviewed in the United States on July 18, 2019
5.0 out of 5 stars
National Lampoon’s Humor
Verified purchase
I was feeling nostalgic and decided to order this movie. It’s silly humor but worth a watch if you like National Lampoon’s movies. Highly recommended!

Dylan JacksonReviewed in the United States on September 21, 2019
4.0 out of 5 stars
80s stoner comedy
Verified purchase
80s comedy about a group of misfit high school students going on a trip to DC. All sorts of things go wrong with this trip. If you like other 80s high school/college comedy's you will like this one
One person found this helpful

Suzilyn FarquharsonReviewed in the United States on August 27, 2021
5.0 out of 5 stars
Love it!
Verified purchase
Love it!" Very funny!

E. LoughridgeReviewed in the United States on April 16, 2019
5.0 out of 5 stars
great movie
Verified purchase
great movie, hilarious
See all reviews
Back to top
Get to Know Us
Make Money with Us
Amazon Payment Products
Let Us Help You
EnglishChoose a language for shopping. United StatesChoose a country/region for shopping.
© 1996-2022, Amazon.com, Inc. or its affiliates