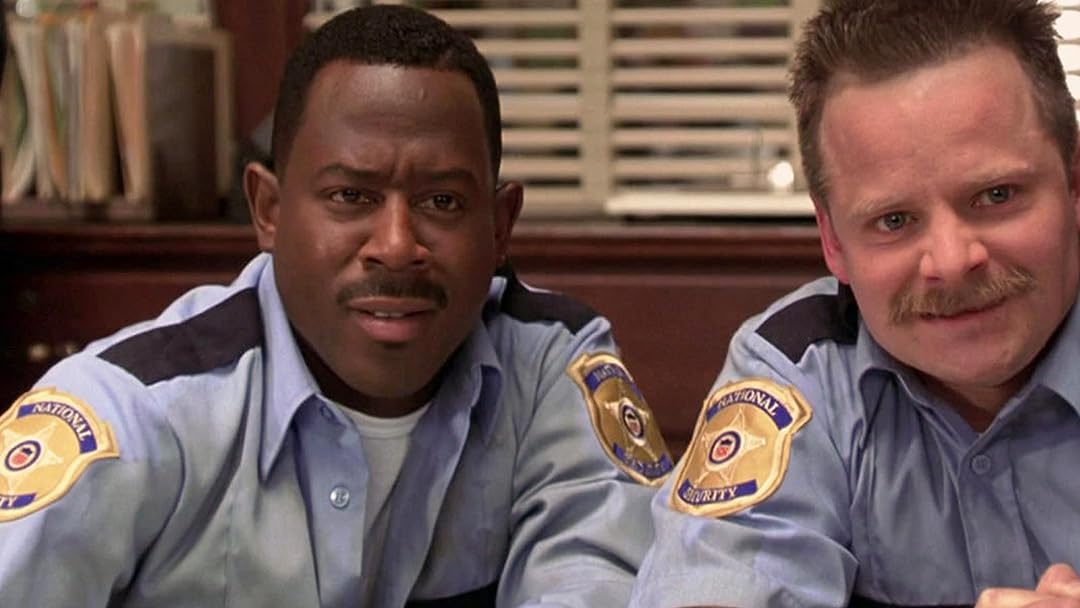 (1,317)
5.61 h 28 min2003X-Ray16+
A police department reject and a disgraced former cop wind up teamed as security guards - and they stumble into a criminal smuggling ring.

joel wingReviewed in the United States on October 18, 2020
3.0 out of 5 stars
Odd couple buddy comedy when Lawrence was at his best
Verified purchase
National Security is an odd-couple, buddy comedy. Martin Lawrence is Early Montgomery who flunked out of the police academy. Then he’s stopped by Hank Rafferty played by Steve Zahn. Rafferty tries to help Montgomery out with a Bumble Bee but it seems like he’s beating him instead. Montgomery not only gets him fired but put in jail as well. As the Hollywood writing gods would have it they both end up working together as security guards.

This was when Lawrence was at the height of his game. Even though the premise of the story is very routine he and Zahn really go all out. There is one hilarious scene after another. Montgomery chases his teacher at the police academy and he gets all excited because it’s a white man. Another time Rafferty shows up in court and it’s an almost all black jury. That almost had me spit up my drink. This movie could have really fallen flat with the two actors just going through the motions because they knew this was a buddy flick, but they didn’t let the limitations of the story limit them.
C

OrumusReviewed in the United States on December 6, 2020
1.0 out of 5 stars
Almost like it was made in 2019
Verified purchase
Back when this movie came out this was a funny concept and no one thought it would ever happen.
Now? Black man acts like a complete jerk to a cop getting himself into trouble, then resists arrest, then lies to get money, fame,w/e.. Well that's...pretty much what happens often these days.

A civil reaction to the officer in this movie would have been to say something like, I know how this looks officer but this is my car. I locked my keys in and I am trying to get them. And when asked for license show your license. At that point the officer could look up the car via license plate and see you own it and would most likely try to help.

Jeffrey SReviewed in the United States on November 5, 2018
5.0 out of 5 stars
Martin Lawrence and Steve Zahn Keep you Laughing
Verified purchase
Martin Lawrence is one of my favorite comedian/actors. I love his facial expressions and off the cuff humor.
Steve Zahn plays a street cop whose partner was killed by vicious criminals. He encounters Lawrence (who has flunked out of the police academy) trying to get into his car after locking the keys inside.
Lawrence eggs him on to the point that he wants to arrest him. In the process, there is a nasty bumblebee that starts attacking. Zahn tries to swat the bee with his baton, but is filmed out of context and appears to be beating Lawrence on the street.
He is fired from the police force and sent to prison. Upon his release, he runs into Lawrence once again, but this time, the two are both private security guards. They become embroiled in a nefarious plot in which they try to capture a group of seasoned criminals.
The movie is a laugh-a-minute where their investigation leads them into sticky situations In the end, they become friends and partners. Zahn and Lawrence give a great performance filled with zany antics and great interplay.
One person found this helpful

M. MitchellReviewed in the United States on October 1, 2020
1.0 out of 5 stars
Terrible
Verified purchase
Lawrence relies solely on racism in an attempt to be funny. Sadly, much of the "humor" he employs is believed as true. Not appreciated
5 people found this helpful

muy. buenoReviewed in the United States on December 6, 2020
1.0 out of 5 stars
Not like old times.
Verified purchase
This BLM had killed all the black actors. I used to LOVE martin, now I feel he is an instigator against whites. Couldb't laugh but I still Love Martin. Just BLM really messed everyones head

WizardReviewed in the United States on June 16, 2018
3.0 out of 5 stars
Three Stars
Verified purchase
Not a bad movie. Not great, but not awesome. Entertaining when you're bored.
2 people found this helpful

merlynskiReviewed in the United States on October 8, 2020
1.0 out of 5 stars
Just Stupid
Verified purchase
Just Stupidity in uniform.
3 people found this helpful

jimqiReviewed in the United States on October 22, 2020
1.0 out of 5 stars
Racist Movie Statement
Verified purchase
Martin Lawrence makes an outdated and highly racist statement regarding black women and white men that isn't funny at all. To date, I don't think he or anyone else in this movie have addressed it.
One person found this helpful
See all reviews
Back to top
Get to Know Us
Make Money with Us
Amazon Payment Products
Let Us Help You
EnglishChoose a language for shopping. United StatesChoose a country/region for shopping.
© 1996-2022, Amazon.com, Inc. or its affiliates