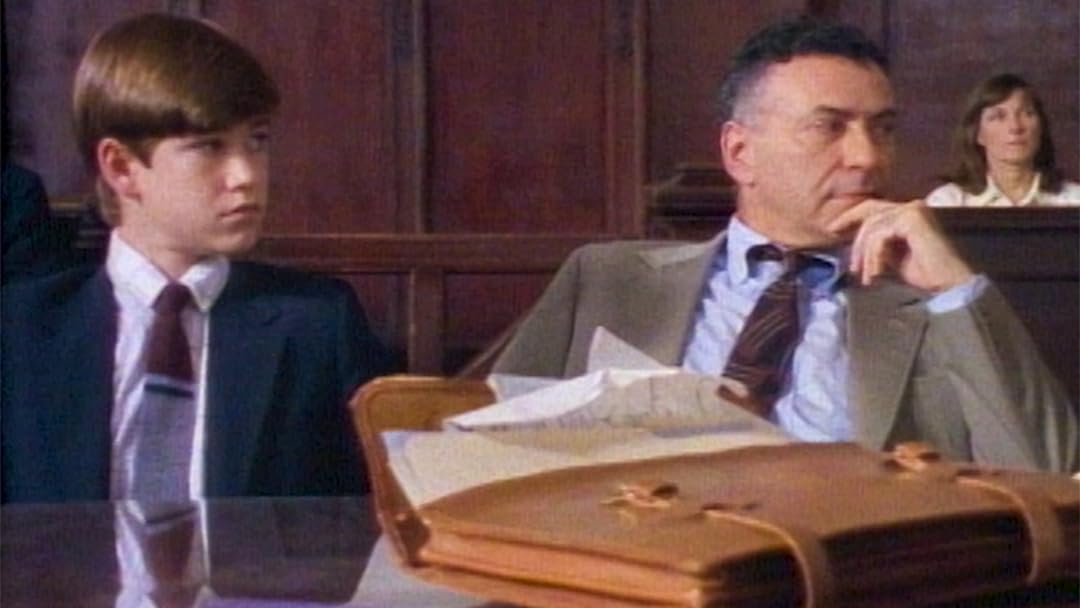 (8)
7.01 h 46 min198813+
14-year-old Chris Mills throws a wrench in his parents' plans to divorce by hiring Archie Corelli, an auto-mechanic by day and a lawyer by night, to sue his parents and ultimately disrupt their plans to end their marriage.

I'm Just SayingReviewed in the United States on August 26, 2012
5.0 out of 5 stars
Alan Arkin at his best - Two thumbs up
Verified purchase
This movie aired on television as part of "PBS Wonderworks" around 1988. That fact alone should tell you all you need to know. I can't recall ever seeing anything on "PBS Wonderworks" that wasn't excellent. The premise is about a couple who have become really busy and can't make their marriage work anymore. They announce to their kids that they are getting a divorce. They have two kids, 14 year old Chris (Mark-Paul Gosselaar) and the much younger Jenny (Taylor Fry).

Chris refuses to accept what is assumed to be inevitable and decides to get an attorney (Archie Corelli played by Alan Arkin)to help him intervene in the divorce hearing and include him as a necessary party to the proceedings. One humorous fact is that he's only a licensed attorney. He doesn't officially practice law. His primary profession is as a mechanic. He is the mechanic for Chris's father. That's an interesting twist. Christ tried to tell his parents he is not sitting by and watching this happen. He tells them he is pursuing legal action but they don't take him serious until he shows up at the hearing with his attorney. They take it very serious at that point.

The story of divorce isn't new in cinema, but it isn't often considered from the viewpoint of the affected children. This movie ventures into new territory and is excellent clean family entertainment. Alan Arkin is always great. In truth, he is the glue that brings all of this movie together. He has that knack. The kids are excellent in this one too. Taylor Fry was very young in this one and continued her acting career for about 8 years after this film. Mark-Paul Gosselaar went on to star as Zach in the kids show "Saved by the Bell". That show strikes me as a bit cheesy but Mark actually showed some acting chops in this fine family movie. He continues acting to this day.

Buy this on DVD. You will love it. If you are looking for something along the same genre of kids taking their parents to court, see also "Switching Parents", also available here at Amazon. That's a heart gripping winner.

Michael PittReviewed in the United States on January 22, 2015
5.0 out of 5 stars
Great family movie
Verified purchase
Great movie I remember from when I was a kid. It's a little low budget but the people at Wonder Works really did try to hold to the spirit of the books they were adapting to film.

shea wearReviewed in the United States on January 6, 2015
1.0 out of 5 stars
One Star
Verified purchase
The pictur quality was not great

G W ThielmanReviewed in the United States on June 21, 2001
5.0 out of 5 stars
poignant story on divorce
_Necessary_Parties_ illuminates a window on the innocent victims of divorce -- the children. Chris Mills, a 14-year old boy, hires a jaded part-time attorney to derail his parents martial dissolution proceedings. The film creates a nuanced portrait of the protagonist Chris and Corelli, his auto-mechanic lawyer. The grandfather and a class chum add comic relief. Other performances seem a tad more mixed. The mother figure seems rather detached even for the character portrayed and the father figure resembles a caricature, spouting platitudes that divorcing parents invariably say and cannot possibly mean. (This isn't a reflection of the acting, but of the script.)
Amidst the pressures brought on by within the court, the law, his parents and the school, Chris continues against the odds to plead his case. And they are long odds indeed, for as the judge points out towards the end, the law provides no remedy against mutual or even unilateral divorce. Finally, the pain Chris and his kid-sister Jenny feel move both father and mother to reconcile and renew their commitment to their family.
The film provides a glimpse at family law and merges a facet of contract law. Generally, legal issues were far more accurately introduced than in _The_Rain_Maker_. One jarring note was the intimidating meeting between Chris and his father's lawyer Davis, which nowadays might be sanctionable, since Davis knew the boy was represented by counsel. One minor concession that WonderWorks made to the PC crowd was the obligatory anti-smoking campaign aimed at the father (despite being a fitness freak) that intermittantly seeped in.
_Necessary_Parties_ points to the thoughtless selfishness of most divorces -- caused by an intellectual dishonesty in refusal to acknowledge that this legal racket injures children, or that the public ought not expect couples to fulfill their martial obligations. The film is a heart-warming story that ought to be watched by all persons contemplating family dissolution.
6 people found this helpful
See all reviews
Back to top
Get to Know Us
Make Money with Us
Amazon Payment Products
Let Us Help You
EnglishChoose a language for shopping. United StatesChoose a country/region for shopping.
© 1996-2021, Amazon.com, Inc. or its affiliates