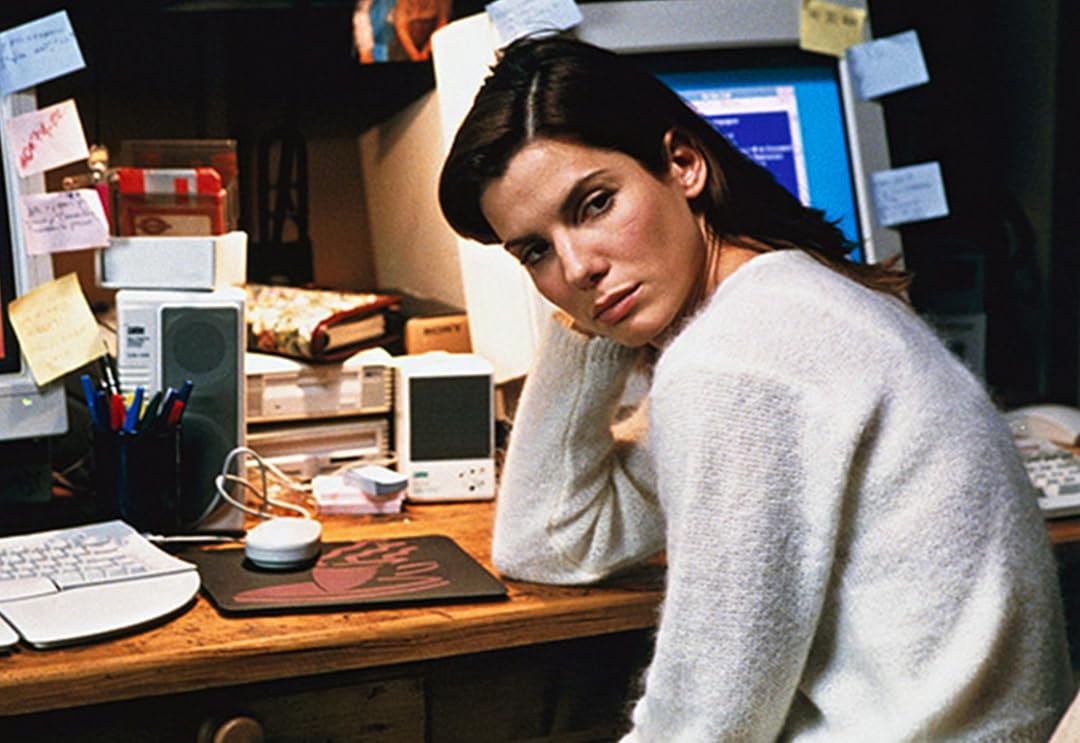 jj evansReviewed in the United States on November 6, 2019
5.0 out of 5 stars
Way before it's time
Verified purchase
The Net came out in the early 90's and I never had the pleasure of watching it. Recently I got interested in some of John Grisham's work (The Firm, The Pelican Brief, The Client) and several other action/suspense movies (The Negotiator, Murder at 1600, The Fugitive, Enemy Of The State) and decided to give The Net a shot after watching the trailer on YouTube. It's a good movie IMO; not many people talk about it but I enjoyed it.
16 people found this helpful

joel wingReviewed in the United States on October 1, 2020
3.0 out of 5 stars
Power of the Internet and a company attempting to manipulate society with it
Verified purchase
Sandra Bullock plays loner computer program Angela Bennett. Her friend sends her a web page of a band that if accessed correctly will take the user into the heart of government websites. Her friend then dies in a plane crash. It’s obvious that the two things are connected and it’s up to Bennett to figure out how. The movie emphasizes the power of the Internet and evil corporations attempting to manipulate society.

At one point in the movie Bennett has her identity erased. The movie does a good job portraying Bennett’s frustration. Identity theft is widely known today but was completely novel when The Net was made. It’s also got plenty of suspense as she gets chased and constantly has to escape trouble.

The plot of The Net was actually far ahead of its time. The hacking and ID theft were new at the time and they created a whole film about it.

NosidinoReviewed in the United States on August 22, 2020
5.0 out of 5 stars
A Great Movie
Verified purchase
I gotta give this movie Five Stars. I'm the 949th person to review it and I'll go into details in the next paragraph.

I first saw this movie on videotape at my girlfriend's house in 1998. I missed it in theaters but in the 22 years since I last saw the film I realize I'd forgotten most of the film! Yah, it's true. While I remembered the basic gist of the film the specific nuances of the plot had eluded me. This made watching it on DVD all the more special. I like how this role was made for a woman. Sandra Bullock is the girl next door and comes across as smart, savvy, tenacious and intelligent. All of these are things that suit her well and kept her character alive throughout an ordeal that would have destroyed most people in life. This film reminds me of an old "Airwolf" episode titled: "The Girl Who Fell from The Sky." That episode dealt with a woman's memory being taken from her with the use of drugs because she witnessed a corrupt Senator involved in illegal arms deals with "terrorist killers." Her background was substituted with that of a prostitute and drug addict. In this case, Bullock's character comes into custody of a disc that allows one to access thru a backdoor into sensitive systems in the Gregg Microsystems database called Gatekeeper (Similar Company Name To The Now Defunct Sun Microsystems).

On vacation in Mexico, Angela Bennett meets and falls in love with a handsome and dashing man but all is not as it seems as the man, Jack Devlin, is a hit man intent on retrieving the disc she has in her possession as well as taking her life. Devlin underestimates Bullock. Had he simply slain her on the boat instead of having sex with her, Gregg Microsystems, his employer, might well have succeed in their nefarious plans, but instead Angela Bennett (Nee Ruth Marx) was set on the world. Nothing could stop her in the end. The following paragraph is a paraphrase from Leonard Maltin's Review.

Bullock plays a mousy, vulnerable computer whiz. When bad guys need a disc she possesses, they stop at nothing--including deleting, then manipulating her identity on official computer records. Anyone who's ever seen a real thriller will be ahead of this story at every turn. Maltin gives the film a Two and a Half Star rating out of Four Stars. That translates to Three Stars out of Five. I give it Four and a Half Stars out of Five. I liked Bullock's plucky character and wish she'd done a sequel to this film As a result, I'm going to have to buy the sequel and view it for myself. Buy this movie and you won't be disappointed. Is it the best thriller of all time? No, but it is still quite an enjoyable yarn. See the spot where Bullock sleeps in her car. Located at 1200 Santa Monica Blvd. Was a real car dealership at the time and a perfect location and still exists to this day 25 years later.

Smart MonkeyReviewed in the United States on October 19, 2020
3.0 out of 5 stars
'90s cheese
Verified purchase
Is this a "good" movie, in most senses of the word? Does it evoke any strong reactions other than laughter from the viewer? Probably not. Is it a delicious slice of pure dawn-of-the-Internet cheese, perfect for watching with a bottle of hard liquor and some friends who grew up in the '90s? Is it a lovable throwback to a time when Hollywood writers thought that 1.44 MB floppy disks had the power to either save or destroy the world, and ordering a pizza online was seen as science fiction? Is it perfect for watching back-to-back with Hackers? Absolutely!
4 people found this helpful

Amazon CustomerReviewed in the United States on June 25, 2018
4.0 out of 5 stars
Computer virus
Verified purchase
Sandra Bullock is a computer geek. She gets floppy disks with viruses and troubleshoots them. There is one in particular which is meant to harm the banks throughout the USA. Bullock is almost killed for her investigation of this virus. The movie is suspenseful. There are many twists. It leaves the audience realizing how harmful some computer viruses can be.
8 people found this helpful

J. BakerReviewed in the United States on April 5, 2016
4.0 out of 5 stars
Under The Radar Hit
Verified purchase
I caught this on TNT when I was in my teens and loved it. I really enjoy when a movie has a lead female role that's not a wimp. I also appreciate how they depict the Computer Guru's as every day (and in Sandra's case attractive) people, not obese basement dweebs. There are a few "what was that about" and a "seriously dude you didn't see that" moments but overall it's great. It's Enemy of the State meets 1995's "Hackers" meets Baywatch.
14 people found this helpful

H. DroitschReviewed in the United States on April 19, 2017
5.0 out of 5 stars
Love this movie
Verified purchase
Love this movie. One of Sandra Bullocks best movies. I have had to spend a lot of time pulling up movies (due to spending a lot of time in hospitals) so I was delighted I could watch this one several times.
14 people found this helpful
See all reviews
Back to top
Get to Know Us
Make Money with Us
Amazon Payment Products
Let Us Help You
EnglishChoose a language for shopping. United StatesChoose a country/region for shopping.
© 1996-2021, Amazon.com, Inc. or its affiliates