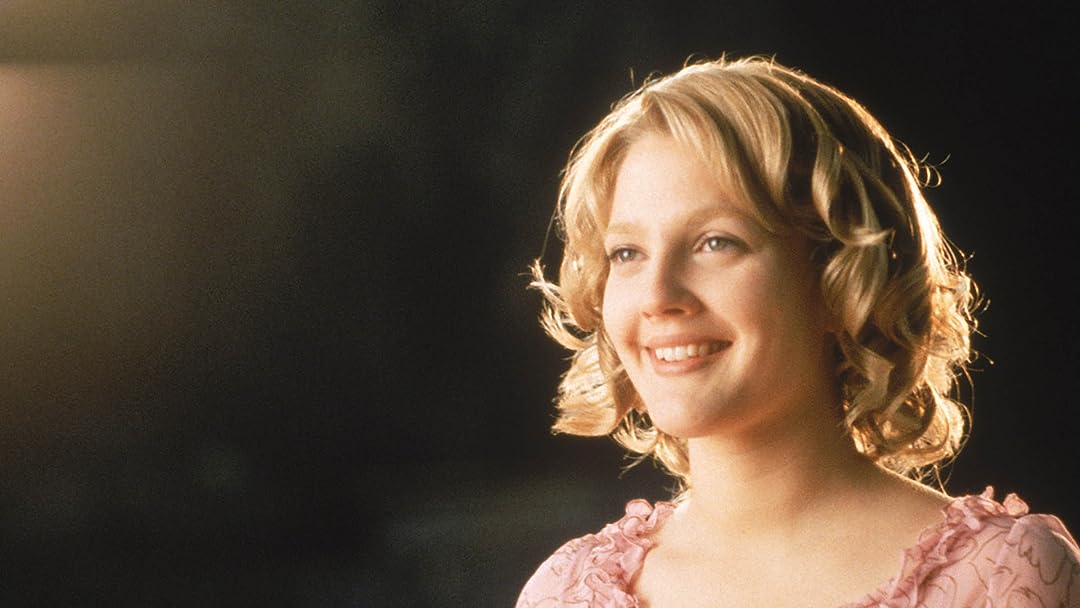 daniReviewed in the United States on March 6, 2019
2.0 out of 5 stars
How is no one going to call it like it is?
Verified purchase
It's funny.
In a cringey way, Drew Barrymore's comedic way of being makes this movie work. It feels cathartic, even if the movie's version of high school is only a shade of the way high school actually is. Also, have none of these people seen Carrie???

But are we going to all ignore the flagrant immorality that is the student-teacher romance? This toes the line. Idk.

agcorbettReviewed in the United States on September 6, 2014
5.0 out of 5 stars
Never Been Kissed - Drew Barrymore
Verified purchase
A delightful 1999 Drew movie. She produced it (Flower Films) and starred in it. As a brilliant college graduate and copy editor for the Chicago Sun-Times, Drew (Josie Geller) is sent on her first assignment as a reporter. Her new adventure at age twenty five, takes her as an undercover investigator back to her old high school to find out what goes on and what has changed. Actually, just like nearly ten years before, Drew has her hands full just trying to fit in. Navigating the social lessons are still formidable. Cliques, mean people, show off's, and rejection, give Drew a little trouble passing herself off as seventeen and as an english major in college, she quickly gets boos and hisses in literature class. Through some tense moments, new friends, twists of fate and the curse of falling in love with her English teacher, Drew finds herself as the Prom Queen at school and nearly fired at work. However with a clever plot, love, and Drew's world class acting, the chaos has a tearfully funny and happy ending.
All in all, it is a middle-of-road movie. Setting, photography, cast and script about three stars. Drew Barrymore, the usual five stars. It has been said that when the director calls for action, drew just begins speaking, and the crew wonders if she heard the call. She did. Drews devastating childhood, two decades of experience, five generations of Barrymore talent, her personal charisma and irresistible charm, determined will to survive and reach stardom is the more compelling of these two stories. Drew can carry any movie and it is always a joy to see her work.
One person found this helpful
_Reviewed in the United States on September 1, 2014
5.0 out of 5 stars
Area Nerd Vindicated
Verified purchase
I saw this movie in the theater just after I finished college. Anyone who was nerdy and less than stellar in high school popularity could find something to appreciate in Never Been Kissed. Drew Barrymore beautifully portrays Josie Geller, a brilliant, yet past-haunted, copy editor. I often watch the movie even when it comes on cable--and even though living vicariously through Josie Geller's high school experiences is painful. Yes, being older now, I do see how it's a little predictable, but it made a mark on me. I became a copy editor because of this movie. I chuckle, though, that Josie's voiceover toward the end uses a dangling modifier: "A geek to the core, most of my childhood years were spent doing extra homework I requested from the teacher." Even so, a delightful story.
4 people found this helpful

Amazon CustomerReviewed in the United States on March 9, 2020
1.0 out of 5 stars
in hindsight
Verified purchase
So she is at fault for making a teacher fall in love with her as a student? And she's also at fault for making her brother lose out on a shot at a Major League Baseball career based on a lie? When you look at it in today's terms this is crazy, but as a movie from 1999 it's really good. But honestly this movie never would have been made in today's world
One person found this helpful

Martin GonzalezReviewed in the United States on May 24, 2013
5.0 out of 5 stars
Please, please, please ...
Verified purchase
... do yourself an immense favor, and do NOT read Amazon's review of this film ... or, if you have already made the awful mistake of having read it, cast the Oblivate spell at once, and erase it from your memory! That review, in my view, is shockingly cynical, seemingly vengeful in its spewing of vitriol. "Never Been Kissed" is one of my favorite films! It is sweet, naive, and touching ... Ms Barrymore is not only completely "believable", she is absolutely perfect; funny and heartbreaking by turns. And, on top of everything, the film is HILARIOUS! So, please do not make the mistake of being guided by the amazon reviewer (whose account is so bitter and seemingly biased, one cannot help but wonder what AXE he/she is grinding) and passing this lovely, wonderful film by ... PLEASE!
6 people found this helpful

Jason HathawayReviewed in the United States on February 27, 2018
5.0 out of 5 stars
Great movie. I ordered it for my wife
Verified purchase
Great movie. I ordered it for my wife, but I admit I enjoy watching it too. Its definitely a date movie or a cuddle up type movie night film. Drew Barrymore is great and Its nice to see her still moving along in her career after all these years. If you are looking for a cute date night type movie, this is a good choice for you.
4 people found this helpful

J. ArenaReviewed in the United States on January 9, 2008
5.0 out of 5 stars
If you hated high school, you'll love this movie!
Verified purchase
For anyone out there who forgot just how really, terribly awful high school was, Never Been Kissed will take you right back down that terrifying memory lane fraught with bad hair, nasty kids, and emotional traume!

A touching performance from the always-wonderful Drew Barrymore guarantees that this DVD belongs in your collection.

If you've never seen this film before, I urge you to ignore any negative reviews and buy it. It gets better every time I watch it! The story has a ring of truth to it because it seems to draw heavily from a non-fiction book written in the 60's by reporter, Lyn Tornabene. She went back to high school to expose the realities of adolescent existence. Her book, I Passed As A Teenager, has the same touching effect on me. High school was Hell for most of us. The good news is that one way or another, we're going to get out!