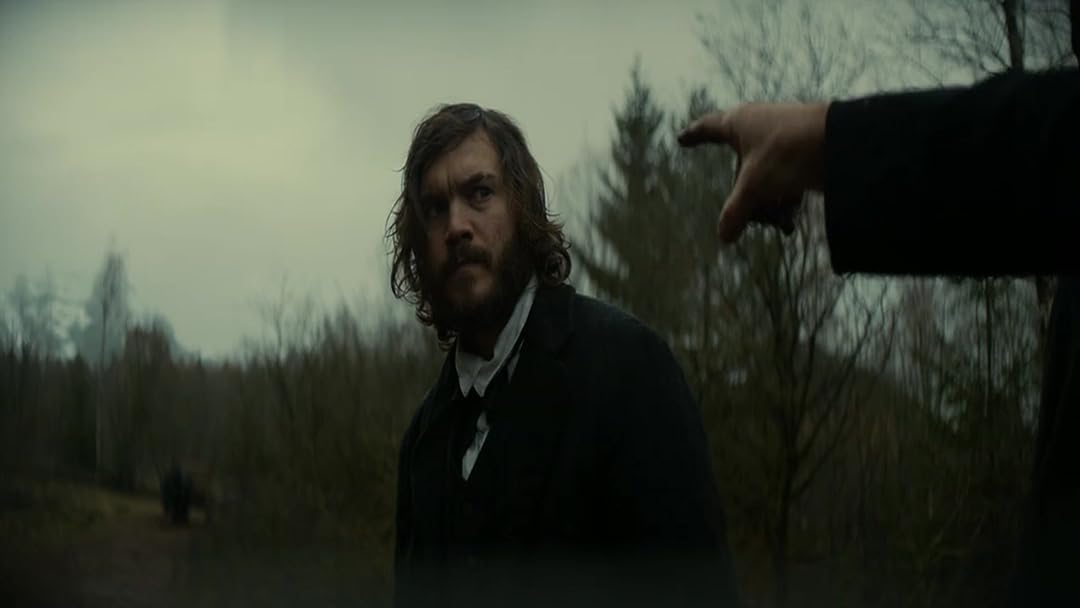 (406)5.91 h 40 min2019X-RayR
After a vicious outlaw (John Cusack) takes over a peaceful frontier town, an undertaker (Emile Hirsch) must choose between profits and survival in this gritty western.

B. G. MeadowsReviewed in the United States on March 16, 2019
5.0 out of 5 stars
Excellent Western!
Verified purchase
I only watched this movie because I'm a John Cusack fan, although I was a little hesitant because he plays a villain. But, boy, howdy! What a villain he is! This was a one of the best Westerns I've seen in a long time. Gritty, dark, realistic, and unsparing.

A small budding town sets itself up to be a Utopia in the Wild West with no booze, no saloons, no prostitutes. But, along comes amoral and soul-less John Cusack and his two dim-witted goons who promptly take over the town. From that point forward, the movie becomes a series of mini-portraits of how John Cusack's reign of terror impacts a diverse group individuals.

Well worth the watch.

SBC97223Reviewed in the United States on July 31, 2019
4.0 out of 5 stars
Welcome to the dark and grity old west!
Verified purchase
Settings here were perfect. Mud, dirt, disease, early deaths, and vice galore. Watching this drug me into the not so pleasantly produced old west that we see in many other films. I could hear the mud squishing beneath my boots. I could smell the vices in the revived saloon and the over perfumed ladies. "Never Grow Old" captured what must have been the grity side of the old west and intentionally framed it dark. Five stars would be deserved if the story had flowed a bit better as I keep thinking that I was missing something. I was not. Cusack's plays a truly despicable bad guy who only barely eeks past Preacher Pike in treachery for personal gain. Our hero only becomes so after learning the hard way that we must not pretend to be something we are not for that may be the image cast upon us for all time.

So this is a good movie. It is a bit better than four stars but not a true five star flick. Very much worth a watch as what is does with well worn wild west tropes is expose the dirty underbelly. Well done.

James WinbushReviewed in the United States on June 4, 2019
5.0 out of 5 stars
Kicked my #%% from beginning to end
Verified purchase
Sorry low raters, but I beg to differ. Life is not always sunshine and rainbows. People react differently and do strange things when they feel helpless and scared to death. The acting, from the youngins to the elders, was superb. This flick kicked my #%% from beginning to end. John Cusack, to my surprise, played a great western villain. Many scenes were shot in dark lighting but I was O.K. with that, however, even slightly better lighting would have been a significant improvement. Nonetheless, I still recommend 5 stars and I predict a future cult classic for this one.
16 people found this helpful

Gun4hireReviewed in the United States on February 26, 2020
2.0 out of 5 stars
For the easily impressed.
Verified purchase
Oh this movie, wants to be unforgiven without any of the actual thought.
The performances were serviceable enough. Though John Cusack felt like he just woke up before every scene.
The general meekness of everyone in this town, these are frontier people, they'll shoot you dead if you look at them funny, but film makers keep shoveling the same old tired tropes. Overall the movie is trying too hard to be like other better made and written movies. Had they gone a dark comedy rout it probably would have been twice as good and ten times more entertaining...

The hanging of the young girl was so absurd it totally took me out of the movie. Absolutely unbelievable. It's just so far divorced from how people behaved back then. There was a marked resistance to hanging women back then, though it did happen, it was extremely rare and generally for crimes that were particularly heinous.

Tired Hollywood tropes of ultra righteous fire&brimstone preacher man. In every damn movie, just as absurd as the rest of the absurdities.
It truly lacks imagination that I watch a different movie but see the same tired characters. Do something different and for the love of all things good cinema, don't copy Hollywood; they been sucking for a while now.
8 people found this helpful

alltatupReviewed in the United States on August 17, 2019
5.0 out of 5 stars
VERY DARK, BROODING, CREDIBLE
Verified purchase
I thought this was a very good film. I liked the way Cusack never seemed to emerge from the darkness: he's like an insane, pale, bloated horseman of the apocalypse. I liked Hirsch's palpable, cowering fear in the face of this monster who he knows he can't beat. Behind the two major figures are a chorus of smaller characters suffering in a town driven insane by religion as well as by violence. There isn't a lot of dialogue and the film doesn't bring the audience along via dramatic climaxes; the story grimly slogs through the mud to the final showdown between psychopathic serial killing and the inevitable awakening of a conscience.
8 people found this helpful

Peter S. BradleyReviewed in the United States on January 25, 2021
4.0 out of 5 stars
Dark Western
Verified purchase
As John Cusack gets older, he is losing the boyish charm that made him the "go-to" star for romantic comedies, but he seems to be discovering a niche in playing bad guys. In this case, Cusack is a bounty hunter who comes to a small frontier town run by Evangelical zealots who don't allow drinking and whoring and make Irish Catholics - like the hero of the story, Patrick Tate - convert to Protestantism. Tate is the town undertaker and business has been bad since the Evangelicals took over.

However, when Cusack comes to town and finds a town desperately in need of whoring and drinking, he corners the market, and Tate's business begins to boom.

Needless to say, a reign of injustice spills over on everyone and eventually overtakes Tate and his family. This sets up the climactic showdown that all Westerns need.

The acting was good, as was the writing. Cusack brought his quirkiness to the role of a hardened killer. A problem with the movie, though, is that it was dark, spiritually but, more importantly, in terms of cinematography. A lot of the scenes involving Cusack were indoors at night and, accurately, the lighting options available to frontier towns were slim to non-existent. So, high marks for accuracy, but I could barely make out Cusack's face for most of the movie.

This was annoying, but all in all, it was not a bad movie.

Andrew "Big Ugly' HaleReviewed in the United States on September 2, 2020
2.0 out of 5 stars
Should have listened to Pike.
Verified purchase
Not a lot of action. Not even a slow simmer of tension. Seemed to want to be a character study but the representation of history is made up for Hollywood to be able to paint the world to their liking. You can't sell your product if you can't get people to buy it so showcase your propaganda in dramatic fashion and someone will eat it up. I think it was intended for us to dislike the "good Christian people" but Preacher Pike seemed to be the only man that stood up to the actions that were causing the mayhem and murder. The writer/director tried to paint the Christians as blind and self-righteous but every character was painted with a cynical brush for this world. I don't think it was intentional but the vices caused the issues while the preached morality kept the peace. I'm willing to go up to 3 stars since virtue still shown more desirable than vice but since I believe the writer/director didn't want to showcase it like that, I'll stay at 2. The final message from the manufactured villian was that the hate bred is an American thing. That's how you become "American by blood".
One person found this helpful

Mark L.Reviewed in the United States on September 8, 2019
1.0 out of 5 stars
Unwatchable
Verified purchase
Even if the plot and dialog were great (which they weren't) the color grading in this film makes it pretty much unwatchable. Right from the start, it looked completely overdone with the absolute crushing of anything remotely in shadow. I was hoping it was just a brief intro mood-setting phase but only got worse. Scenes that were in open daylight and neutral to positive in mood were treated with the same soul-crushing darkness. Bad direction there. This look is overkill even for a sci-fi apocalypse doom movie. I couldn't get past 15 minutes.
5 people found this helpful
See all reviews
Back to top
Get to Know Us
Make Money with Us
Amazon Payment Products
Let Us Help You
EnglishChoose a language for shopping. United StatesChoose a country/region for shopping.
© 1996-2021, Amazon.com, Inc. or its affiliates