Skip to main content
Never Tell Them: A psychological suspense thriller and millions of other books are available for Amazon Kindle. Learn more 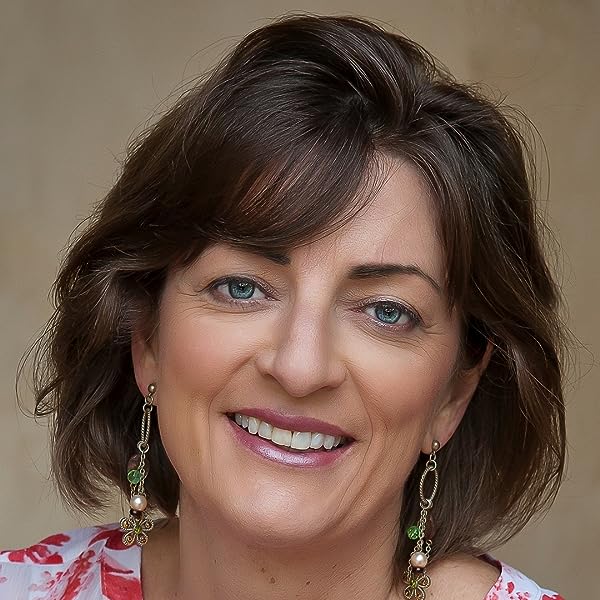 by N.L. Hinkens (Author)
4.4 out of 5 stars 1,347 ratings
Part of: Domestic Deceptions Collection - Standalone Thrillers (3 books)
See all formats and editions
Sorry, there was a problem loading this page. Try again.

Fear the stranger next door.

When mysterious, single dad Ray Jenkins moves in to the neighborhood, Sonia is suspicious from the outset that something is amiss. Ray’s young son, Henry—traumatized from the recent loss of his mother—acts like he barely knows his father.But things take a turn for the worse when Ray is involved in a multi-vehicle wreck, and suffers a brain injury and subsequent memory loss.

Sonia steps in to care for Henry, but soon becomes alarmed at the disturbing things he tells her. Determined to get to the bottom of who her neighbor really is, she snoops around in his house. The shocking clues she uncovers shake her to the core. Her own life is in danger from the deadly lie he is living.

The more she digs, the more she finds that some lies are best left buried.
- A gripping tale of explosive secrets with a jaw-dropping twist! -

Will you enjoy Never Tell Them? If you read any of my favorite psychological and domestic suspense thriller authors including K.L. Slater, Shalini Boland, Adam Croft, Kathryn Croft, Kiersten Modglin, Mark Edwards, Lisa Gardner, Louise Jensen, or Rachel Caine, the answer is a resounding yes!

"Rosie the Dragon and Charlie Make Waves" by Lauren H. Kerstein
It’s summertime, and you’re invited for a rollicking day at the pool with Charlie and his pet dragon (and best friend!), Rosie. But be careful―swimming with a dragon can be, um, challenging...| Learn more


""
Wow, wow, wow.... That's all I can say about this wonderful read! You can't imagine the, twists and turns that go down. It's unlike no other!!"
- Amazon Reviewer -

"Suspense plus ... If you saw this coming, I know you have your lottery ticket in hand!"
- Amazon Reviewer -

"The storyline was fascinating and never let up. I was kept guessing until the very end where a truly unexpected twist was revealed. A must read for those who read thrillers. This is one of the best."
- Amazon Reviewer -

"I had it all figured out three times, only to be wrong every time. Could never have guessed the ending. So intriguing I read it in one sitting!"
- Amazon Reviewer -

"An edgy mystery full of dark secrets, shocking plot twists and pulse-pounding, palpable tension. A MUST for fans who thrive on superbly-written, unputdownable thrillers!
- Goodreads Reviewer -

"True lovers of psychological thrillers will LOVE this book! The characters are interesting and intriguing, I became fully absorbed, A great read!"
- Amazon Reviewer -

"From page 1 this author throws you into the thick of the mystery. Couldn't put it down!"
- Amazon Reviewer -

"Never Tell Them... unless it's telling them how good this book is. One jaw-dropping moment YOU WON'T SEE COMING!"
- Amazon Reviewer -


"Masterfully written with perfect pacing. Both your fingers and your heart will be racing through those final chapters."
- Goodreads Reviewer -

"You Are Tricked At EVERY Turn...WHAT Is Going On?! A story with characters you feel you know, a plot that intrigues you and weaves you right in. Amazing finish!"
- Amazon Reviewer -

"Absolutely fell hook line and sinker for this book. Thought I'd figured out the twist .....then bang...the twist!"
- Amazon UK Reviewer -

NYT and USA Today bestselling author N. L. Hinkens writes twisty psychological suspense thrillers with unexpected endings. She's a travel junkie, coffee hound, and idea wrangler, in no particular order. She grew up in Ireland—land of legends and storytelling—regaling the children she babysat for with inventive tales. Her first published book for young adults, Immurement, was the Grand prize winner of the 2016 Next Generation Indie Book Award for fiction, and launched her writing career.
Start reading Never Tell Them on your Kindle in under a minute.

NYT and USA Today bestselling author N. L. Hinkens writes twisty psychological suspense thrillers with unexpected endings. She’s a travel junkie, coffee hound, and idea wrangler, in no particular order. She grew up in Ireland—land of legends and storytelling—regaling the children she babysat for with inventive tales. Her first published book for young adults, Immurement, was the Grand prize winner of the 2016 Next Generation Indie Book Award for fiction, and launched her writing career. Join her VIP Reader Club for hot new releases, stellar giveaways, exclusive content, behind the scenes and more. https://normahinkens.com/

Marjorie
5.0 out of 5 stars Kept me guessing.
Reviewed in the United States on May 27, 2022
Verified Purchase
A great read. The author managed to trying to figure out who the different characters, whether good or bad.. So questions are answered.. I will be getting more by this author.
Read more
One person found this helpful
Helpful
Report abuse

Reader Lady
5.0 out of 5 stars My Musings
Reviewed in the United States on September 13, 2021
Verified Purchase
This is a fantastic, spin tingling psychological thriller. It grabbed me from the first page and kept me until the end. If you enjoy stories Sith twists Nd turns and complex characters then this is the book for you. Happy reading!
Read more
One person found this helpful
Helpful
Report abuse

Sandy
5.0 out of 5 stars good book
Reviewed in the United States on June 6, 2022
Verified Purchase
It was a good book but started off kind of slow but I really liked the ending so would recommend
Read more
One person found this helpful
Helpful
Report abuse

susan j turner
5.0 out of 5 stars A Challenging Suspenseful Story
Reviewed in the United States on October 16, 2021
Verified Purchase
I found this story to take several twists and turns. And I was surprised by those plot changes. I enjoyed this book. I recommend this book.
Read more
One person found this helpful
Helpful
Report abuse

Sandra L. von Pier
5.0 out of 5 stars didn’t see it coming
Reviewed in the United States on September 18, 2021
Verified Purchase
A page turner for sure. I had to keep reading because of all the twists and turns. I look forward to more from this author.
Read more
One person found this helpful
Helpful
Report abuse

GLP
1.0 out of 5 stars Don’t bother
Reviewed in the United States on June 16, 2021
Verified Purchase
This is one of the worst books I’ve read in a while. It’s supposed to be a thriller but I was able to guess everything ahead of time, except for the big surprise in the last 40 pages of the book. The author gives away too much information by having the characters ask themselves too many pondering questions. For example “what if they're a killer?” immediately after new information has been revealed instead of letting you form that question on your own. I am not one to opt for not finishing a book but this one was a struggle to finish because of how little mystery there truly was and how silly the entire plot was. Additionally, the last big surprise at the end of the book was so ridiculous that it did nothing to save the book. I genuinely rolled my eyes and said “are you kidding me” to myself. I am shocked at the overall 4.3 stars this book has. Lastly, there is a flashback towards the end of the book that was clearly written with the intent of it being in the beginning of the book, as it was filled with too much information we had already learned. A waste of several pages rereading the same crap, sometimes copied word by word. Extremely disappointed.
Read more
20 people found this helpful
Helpful
Report abuse

daisyduke
5.0 out of 5 stars I really enjoyed the book.
Reviewed in the United States on August 4, 2021
Verified Purchase
The book was hard to put down. It was confusing at times and some duplication. The ending was good. Will read more in the series
Read more
Helpful
Report abuse

Melanie @The Paintbrush
5.0 out of 5 stars Surprise
Reviewed in the United States on September 12, 2021
Verified Purchase
Wow what a surprise! This story takes a totally unexpected twist. Riveting. Hard to put down. Such a take spun in this book.
Read more
Helpful
Report abuse
See all reviews

Helen Mc
3.0 out of 5 stars Glad it wasn't as predictable as I'd expected
Reviewed in the United Kingdom on November 6, 2021
Verified Purchase
Took a long while to get there, but it was a good story with likeable characters so you could get into the storyline. I thought I knew the ending all through it, and it was a little slow in places, but I was really pleased when it turned out I was wrong.

I do wish though that they'd found Katie, or at least her body but I suppose, sadly, it is more realistic that they didn't
Read more
Report abuse

Kindle Customer
5.0 out of 5 stars Fantastic
Reviewed in the United Kingdom on August 17, 2021
Verified Purchase
Amazing read. Third book I've read of this author - and each time I can't put it down. Fantastic plots and twists to keep you engaged
Read more
2 people found this helpful
Report abuse

Hinton
4.0 out of 5 stars What a story!
Reviewed in the United Kingdom on May 17, 2021
Verified Purchase
I kept thinking that I knew the outcome of this story. It kept proving me wrong. I never expected the ending. Wow!!!
Read more
One person found this helpful
Report abuse

lesley mcgillivray
2.0 out of 5 stars Not the best
Reviewed in the United Kingdom on August 31, 2021
Verified Purchase
I read it all the way through but it’s not great. If you’ve nothing else on the go and it’s free, it’ll pass some time.
Read more
Report abuse