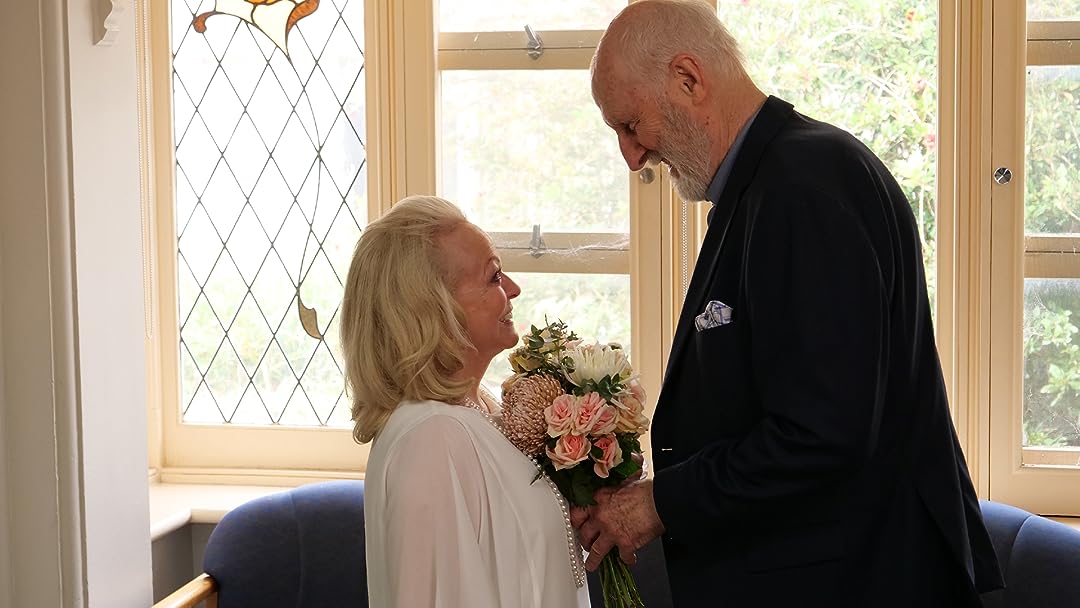 (201)
1 h 38 min2020X-Ray16+
Decades after Caine, Bronson, Angus and Wendell escaped a POW camp, they've got a new prison - Hogan Hills Retirement Home. But the rules of engagement have changed, and planning an escape is even harder when you can't quite remember them.

ChipleneReviewed in the United States on December 21, 2020
5.0 out of 5 stars
5 Stars
Verified purchase
How could anyone from this era not love the movie. Funny, heartbreaking, music was great.
Great Actors. Make another one.
12 people found this helpful

Annie DavenportReviewed in the United States on July 10, 2021
3.0 out of 5 stars
As a medical professional, I was appalled and outraged, but...
Verified purchase
As a Hospice caregiver, my heart was deeply touched. I completely understood the one friend who wanted to sail off into the horizon for 'his' last adventure. We all should be well blessed to be able to choose our 'last' stand.

As a medical professional specializing in geriatrics for over 45 years, I was appalled and outraged at the treatment that the 4 old Special Ops friends were treated just for wanting a bit of freedom! Locking residents in their rooms! What if there was a fire? Restraining residents to beds and drugging them until they were senseless lemmings! Indeed! As bad as our own American facilities are for the aged, restraining is uncommon and only allowed by doctor's orders. Drugging to keep a resident quiet is a criminal offense! I found myself half standing and yelling at my TV that this treatment is unconscionable, criminal even!! I was so enraged, I didn't notice the tears running down my face. I've often dreamed of visiting Australia, but with my own age advancing, I think I'll just keep my feet right here in America and be content with watching the Travel Channel! I truly pray that seniors are not treated in the same manner portrayed in this film! A couple of times, I had to pause the movie to calm myself. I've been an advocate for the elderly since I was a teenager. I'm now almost 70.

As an adult child whose parents suffered from dementia and Alzheimer's, ultimately dying from this horrendous disease, I was overcome with emotion and memories less fond. To the movie's credit, the script did try to keep things on the lighter side.

The core of this movie was about perseverance, love, commitment, courage and belief in oneself, even to one's own detriment.

A bit of the movie was reminiscent of the old Keystone Capers cartoons. Four age advanced Special Ops that were once a team still trying to pull off a mission. Time after time they were caught, time after time, they were dragged back.

The few scenes of unjustified treatment did take away from the romance and comedic moments, but all in all, it was a feel good movie. But, it left me with making a mental note to look up the Australian laws concerning the treatment of senior citizens living as residents in long term care facilities.

UPDATE: I just looked up the laws governing the Long Term Care Facilities in Australia...YES!!! The scenes in this movie showing residents being strapped to beds and sedating drugs (chemical restraint) being fed by IV are actual practices in Australia for residents afflicted with and suffering from dementia and Alzheimer's! Absolutely unimaginable treatment!

MarieReviewed in the United States on March 12, 2021
1.0 out of 5 stars
They didn't escape!
Verified purchase
What was the point when they are still prisoners in the end? And the friend who sails off on his boat believing that he is going to die in 2 months? Why believe a pronouncement like that? Those kind of dire predictions are wrong all the time-- they are basically a curse which should be refused. You are not dead 'til you're dead.

This started off good but didn't deliver the promise. The anticipation of them making a new life did not happen. It's a hopeless kind of story. The nursing home was a worse prison than a military prison in Viet Nam. That nursing home was a torture chamber. They all could have gotten on the boat and gotten away. The ending could have been them sailing to a new life, not recaptured and forced back into captivity and disrespect.

What a waste of time! I think it would have been funny if the guy in the hearse could have woken up and had a final adventure-- he deserved it. This is just one more story to make older people look like idiots and snatch defeat from the jaws of victory.
4 people found this helpful

AnitaReviewed in the United States on February 27, 2021
1.0 out of 5 stars
Nurse Ratched rides again.....not at all a funny movie.
Verified purchase
Not really a comedy, though there were some good funny lines. But the abuse of patients who were not compliant enough was scarily reminiscent of Nurse Ratched. The old guys plot to escape from their nursing home, are caught, and repeatedly treated like criminals, accosted and manhandled by guards, and then locked up. The ringleader is put in physical restraints, and then injected with sedatives that render him senseless. More than once. And it wasn't funny. It was appalling, degrading, and hopefully no longer practiced in Australia.
4 people found this helpful

MoanakaiReviewed in the United States on August 23, 2021
5.0 out of 5 stars
The opening song had me in tears
Verified purchase
The House of the Rising Sun by The Animals, so popular during the Vietnam era and if I was a male I would have been there! A senseless war, I lost many friends, many classmates, many neighbors. Love all the characters in this movie-
James Cromwell carried the film in my opinion but they all had unique and quirky personalities with a shared background and great comradeship even if 50 years later. May not be the ending that most would have looked for but essentially it was happy and realistic considering their age and circumstances. Having worked in a nursing home and if I was in their situation I would have probably rather have been killed in Vietnam than to end up in a nursing home like them especially considering their personalities and I don't mean to take anything away from the hard-working people that work there, it's just the way most of it is, most of the time. Many funny parts, many sad parts, lots of excitement, a tearjerker for sure. It does seem inhumane to strap people down and drug them but even when I worked with traumatic brain injuries if they were aggressive or wanderers they were secured to the bed for their own safety and just the way life is unfortunately. Could easily watch this film again. All that music from my era really got to me emotionally.

Stephanie from OregonReviewed in the United States on November 5, 2020
5.0 out of 5 stars
Super Cute
Verified purchase
Super Cute! A sweet, predictable, movie. It gives hope to those of us who haven't yet found true love & wonder if the one that got away, was our one & only.
6 people found this helpful

AAReviewed in the United States on January 31, 2021
5.0 out of 5 stars
Made me laugh
Verified purchase
I really enjoyed this movie. I was glad it only had a few sad parts and loved the hilarious one-liners. Spoilers: The comments and acting during the final escape scene where they take the Hearst with the dead body, kidnap the son, and steal the award had me laughing out loud. I was disturbed by the drugging of people to prevent them from escaping and wished that plot had been left out completely. Lastly, Caine sailing off by himself left me pensive and melancholy.
One person found this helpful

SoloxxabReviewed in the United States on February 3, 2021
5.0 out of 5 stars
Nostalgic and Good for the Soul!!
Verified purchase
Folks this age (my age) have dreams and fantasy's just like everyone else - there is no age requirements for love and when you find it. Tugs at my heart strings for sure - Thanks for a great movie and lets keep the faith alive!!!!
3 people found this helpful
See all reviews
Back to top
Get to Know Us
Make Money with Us
Amazon Payment Products
Let Us Help You
EnglishChoose a language for shopping. United StatesChoose a country/region for shopping.
© 1996-2021, Amazon.com, Inc. or its affiliates