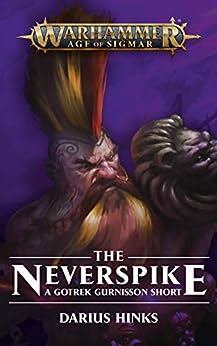 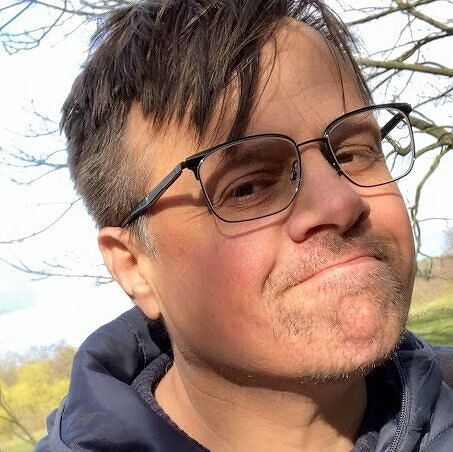 by Darius Hinks (Author) Format: Kindle Edition
See all formats and editions
Sorry, there was a problem loading this page. Try again.

A tortured Stormcast Eternals Lord-Ordinator finds a chance to achieve his goals – or so he thinks. His attempt to use Gotrek Gurnisson to his advantage may go awry in the most horrible way…

READ IT BECAUSE
See Gotrek from the perspective of a scheming Stormcast Eternal in a tale that shows just how powerful the Slayer is – not to mention the doom that is upon him.

THE STORY
Trachos, a Lord-Ordinator of the Celestial Vindicators, journeys back to his brethren, tortured by the horrors he has experienced in the underworlds of Shyish – and by his own failings. A voice in his head berates him… and he's sure it's not his own. A chance encounter with fellow travellers – an aelf agent of the Order of the Azyr, and a strange duardin who calls himself Gotrek – give Trachos new purpose – and a chance to gain what he seeks. As he leads the pair to the sinister Neverspike, he plans to be rid of them. But around such a being as Gotrek Gurnisson, plans have a habit of going wrong…

Darius Hinks is an author, primarily in the science fiction and fantasy genres. He was born near Birmingham, England, in 1972. He works and lives in Nottinghamshire. Hinks' first novel, Warrior Priest, won the David Gemmel Morningstar award.

Dick Forney
4.0 out of 5 stars Typical Gotrek Story, but Fun!
Reviewed in the United States 🇺🇸 on May 5, 2021
Verified Purchase
If you've read any of the Gotrek Gurnisson novels or short stories, you know the drill! Fighting here, fighting there, more fighting and more fighting! Still a lot of fun and a quick read. Enjoyable!
Read more
Helpful
Report abuse

Kindle Customer
4.0 out of 5 stars Well done
Reviewed in the United States 🇺🇸 on September 26, 2019
The only bummer with this is I wanted more. We need more Gotrek! And it just does not pay to mess with someone with Gotrek's fate. Check it out.
Read more
Helpful
Report abuse
See all reviews

Mike
5.0 out of 5 stars Gotrek son of Gurni
Reviewed in the United Kingdom 🇬🇧 on September 27, 2019
Verified Purchase
A great little insight into the mind of a Stormcast Eternal and the nature of madness, looking at Gotrek the best/worst slayer through the eyes of an immortal. It leads up to the novel Ghoulslayer perfectly and I'd suggest reading this first.
Read more
Report abuse
See all reviews
Report an issue
Does this item contain inappropriate content?
Report
Do you believe that this item violates a copyright?
Report
Does this item contain quality or formatting issues?
Report