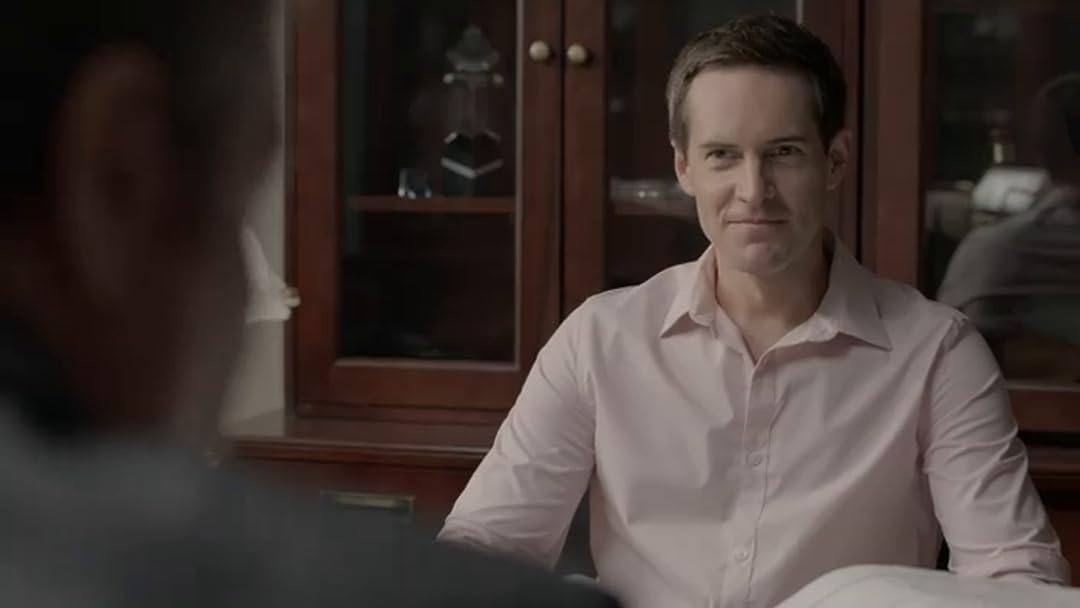 (243)6.11 h 29 min2016X-RayPG
Ben met Ava at age seven standing in his driveway. As the two journey together through the seasons of life, a tragedy occurs that leaves their entire future in jeopardy.

B. ParkerReviewed in the United States on January 18, 2019
5.0 out of 5 stars
A RARE AND BEAUTIFUL PEARL KNOWN AS LIFE!
Verified purchase
Oh my! This is a lost Gem, a beautiful and rare Pearl that should be found by all. And it saddens me that not enough people will find this treasure and feel the happiness and sorrow of life lived with love, a gift of true LOVE expressed so passionately by Jonathan Patrick Moore. Speaking of Gems, I am now on a search for every movie Jonathan performs in as he has touched my heart like no other actor has.
19 people found this helpful

neaReviewed in the United States on March 19, 2021
3.0 out of 5 stars
I am not rating it on the emotional tug as most will.
Verified purchase
Yes it is an emotional movie with a semi "happy" ending, however totally unrealistic. A man who had just lost his wife a "few months ago" would not be in any position to take on the responsibility of a small girl. And might not even be wise, she needs a Mom, not a man who can be quite preoccupied with work, and no doubt would be again. Grief isn't over in two months believe me, You can be in a fog for a long time and having a child would just be a huge burden. It is a movie so they omit the daily grind of taking care of kids. School, meals, laundry, and the idea that he would step up and just do it all well, maybe But would have been best if they had found her two parents. After all he was a stranger. But they write these the way you want to see them end. But aside from this a man who just lost his wife wouldn't be able to even take care of himself, let alone a small child. It makes for a very nice movie and of course everyone is clapping because it is so sweet but the reality just isn't there. They could just as easily written the movie to allow her to live and both of them raise the little girl, that would have been a better story. As to the acting, his display of grief, hmmmm, a man who was supposed to be that much in love with his wife....well let me tell you, not even one tear, no real anger, nothing but a stony face. Let me tell you grief comes in waves and when it washes over you if you can be this stoic more power to you, but I felt it was a very poor portrayal.
3 people found this helpful

honey badging wolverineReviewed in the United States on June 27, 2020
4.0 out of 5 stars
life is for living
Verified purchase
I enjoyed this movie.....people don't believe things like this can happen --but they do----excellent film......the only parts I did not care for---when husband shaved wife
's hair, why in the world would he throw that nasty arse hair in the lake/body of water? whats with people putting sh** in the water.......NASTY
5 people found this helpful

I liked the casting, but for the parents of Ava, who seemed to be too young to be her mother. Jonathan Moore, the lead male was great. Erin Bethea was great, but possibly a little too old to span her college years to late twenties in this. Her performance made for that and didn't distract from the story.

The performance by Terry O'Quinn also stood out. Well played and well written. He made a lot of sense given his daily grind. Eye opening.

jentlespiritReviewed in the United States on July 20, 2020
5.0 out of 5 stars
Could've been a box office blockbuster!
Verified purchase
Fantastic acting, storyline and camera work! Jonathon definitely took me by surprise, and I hope we get to see much more of him in the future - he touched my heart quite unexpectedly, and the inspirational story telling deserves all 5 stars! I haven't cried this many tears watching a movie in a very long time, and I thoroughly enjoyed being totally engaged from beginning to end.. I can't remember the last movie that touched me so deeply!
5 people found this helpful

Jana BReviewed in the United States on April 17, 2017
5.0 out of 5 stars
Loved this movie
Verified purchase
Loved this movie!!! All time favorite!! Makes you cry but you can rejoice in the ending. Reason for everything life and God has in store for your life!!
17 people found this helpful

S. EdwardsReviewed in the United States on March 20, 2021
5.0 out of 5 stars
Surprised
Verified purchase
From the title I went in thinking the movie was based on one thing, but it was about something completely different. I thought the 'new life' would be the baby they was expecting at first. But then as the movie proceeded I realized that it was his life, about starting over, taking the good with the bad, going through the emotions and unexpectant of life while striving to make sense of things out of our control. With all of that said, I felt that the entire family was very blessed to have one another, to be supportive with one another. So many go through hard ships and have NO ONE. No one who truly love them, so never experience love at all. So, I didn't feel bad about him for this reason (because he had support). I would have been more sad if it was someone who didn't have any support at all.. with that said I thought the movie was very good and worth the watch. Cheers Everybody! Be well.

NenyReviewed in the United States on January 26, 2021
5.0 out of 5 stars
Sad... but beautiful message.
Verified purchase
My husband & I watched this movie before watching: I Still Believe [the story about Jeremy Camp & his 1st wife], well I liked this better than I Still Believe, this was free to watch, we paid to watch the other movie.
In my humble opinion, this is a much better movie.
As we were watching this movie I didn't want to imagine my husband & I going through something like that. I kept thinking if someone has to go through that sickness let it be me, I don't want to see my husband suffer any illness, but I know it could happen to anyone. It also reminded me of the marriage vows.
One person found this helpful
See all reviews
Back to top
Get to Know Us
Make Money with Us
Amazon Payment Products
Let Us Help You
EnglishChoose a language for shopping. United StatesChoose a country/region for shopping.
© 1996-2021, Amazon.com, Inc. or its affiliates