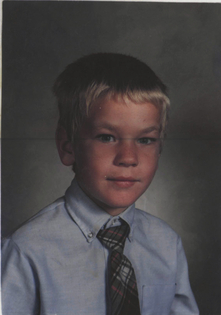 "Mike Birbiglia and Jen Stein are the best collaborators since Emily Dickinson teamed up with her long-winded comedian friend. I'm joking because I cannot express how much this book affected me and how many times it made me cry."―John Mulaney, comedian


"Mike Birbiglia & J. Hope Stein have written the seminal parenting tome--side-splittingly funny from the first word to the last delicious bite. It's a page-turner, wise and wise-assed, the comic hit of the year. Whether you've been a parent or ever had one: you'll love this knockout!"―Mary Karr, author of The Liars' Club, Cherry, and Lit

"Life is not the same after having children. It's delusional to pretend otherwise. But Mike Birbiglia and J. Hope Stein have not only survived, they're making their most hilarious and truthful art yet. This book might save your best friend's life."―Lin-Manuel Miranda, Pulitzer Prize Winning writer of Hamilton

"This is a brilliant, funny, big-hearted version of he-said, she-said. Birbiglia and Stein trade jokes and poems and splendid storytelling about their roundabout stumble into parenthood. It's hilarious, humane, often beautiful, and absolutely captivating."―Susan Orlean, staff writer at The New Yorker and New York Times bestselling author of The Library Book


Start reading The New One: Painfully True Stories from a Reluctant Dad on your Kindle in under a minute.

4.9 out of 5 stars
4.9 out of 5
109 customer ratings
How does Amazon calculate star ratings?
Amazon calculates a product’s star ratings based on a machine learned model instead of a raw data average. The model takes into account factors including the age of a rating, whether the ratings are from verified purchasers, and factors that establish reviewer trustworthiness.

YellowRoseTXTop Contributor: Fragrance
5.0 out of 5 stars Mike reads it
Reviewed in the United States on June 22, 2020
Verified Purchase
I LOVE Mike B. and I've rewatched his shows on Netflix multiple times. His most recent, The New One, is my favorite, because we learn he loves being a dad to Una. She's very lucky. I wanted this book and chose the Kindle Edition so I could listen while I work, and was so excited to know HE was reading it, so it's part book and part show, because he's not "reading", but performing it. Absolutely love this, as well as his new podcast. Thanks, Mike, for the laughs.
Read more
7 people found this helpful
Helpful
Comment Report abuse

MMH
5.0 out of 5 stars Reads like just the right amount of information
Reviewed in the United States on June 23, 2020
Verified Purchase
Read this on Father’s Day which seemed like the perfect day for it. Relatable. Very funny.
Read more
4 people found this helpful
Helpful
Comment Report abuse

Amazon Customer
5.0 out of 5 stars Fills the cup perfectly with information
Reviewed in the United States on June 23, 2020
Verified Purchase
As an unmarried and childless woman, I can 100% say this book contains the exact right amount of information.
Read more
5 people found this helpful
Helpful
Comment Report abuse

Lyndsey S.
4.0 out of 5 stars Raw and funny
Reviewed in the United States on June 24, 2020
Verified Purchase
I really appreciated Mike Birbiglia's raw viewpoint of experiencing fatherhood when he never wanted children.

Not a lot of people are willing to be honest and describe the struggle they had with deciding to have a child and the aftermath of raising a child. I think he does a great job describing his feelings as a new father and his insecurities that made it difficult to feel like he was parenting right. A lot of father's probably feel similar because the bond a mother creates with her child is lacking with the father, even after the child is born. The father has to build that intimate bond with his child from scratch.

Not everyone wants children, not everyone is meant to be a parent, but for many, even those that didn't want children, they eventually find the joy and meaning a child brings, no matter how difficult it is.

I like that he acknowledges he and his wife lied to themselves by claiming having a child wouldn't change things. Too many people go into parenthood with this mindset, but it's false. A child changes everything. I think Birbiglia and his wife's strong relationship is a reason they were able to overcome the struggle.

I loved many of his wife's poems that are sprinkled throughout the book, although some went over my head, and I'm not big into poetry.

Overall, a great read and recommended for those considering having a child.

Anonymous
5.0 out of 5 stars 5 stars. The exact right amount of information
Reviewed in the United States on June 24, 2020
Verified Purchase
Can’t recommend this book enough. Or can I? It’s funny. It’s touching. It’s funny. It’s sad. It’s funny. It’s great if you love Mike. It’s funny. It’s great if you’ve never heard of Mike. It’s funny. Having seen him live and streaming and on podcasts and talk shows and on DVD and heard him streaming and on CD and podcasts, I can tell you he is always funny and you end up learning something about Mike and yourself as well. Also, the audible version of this is terrific. His wife Jen is a soft-spoken, quirky, witty poet who seems to be an excellent mother and partner to Mike. Don’t forget- -I saved your best friend’s life!
Read more
One person found this helpful
Helpful
Comment Report abuse
See all reviews from the United States