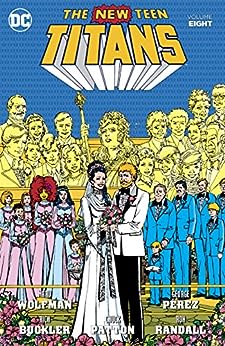 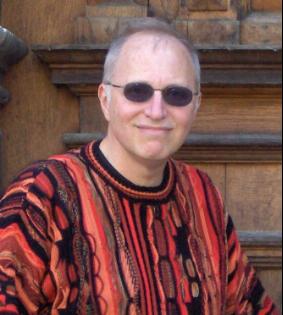 All that changed, however, with the arrival of THE NEW TEEN TITANS in 1980—and the lives of DC’s adolescent adventurers would never be the same!

Crafted by comics legends Marv Wolfman and George Pérez, this all-new super-title featured greater dangers, fiercer emotions and more tangled relationships than any that had come before. The Titans’ celebrated stories have ensured that the names of Starfire, Cyborg, Raven and Changeling will be passed down through history alongside those famous aliases employed by Dick Grayson, Donna Troy and Wally West.

Now, for the first time, the saga of Wolfman and Pérez’s NEW TEEN TITANS is available in a comprehensive series of trade paperback editions. THE NEW TEEN TITANS VOL. 8 collects issues #49-58 of TALES OF THE TEEN TITANS and features the legendary wedding of Donna Troy, as well as the never-before-reprinted tales “The Trial of the Terminator,” “Jericho’s Story” and more!
Read more
Previous page
Next page
Kindle e-Readers
Fire Tablets
Free Kindle Reading Apps
Available on these devices

Audible Holiday Deal
Join Audible Premium Plus for 60% off. Only $5.95 a month for the first 3 months. Get this deal
Books In This Series (12 Books)
Complete Series 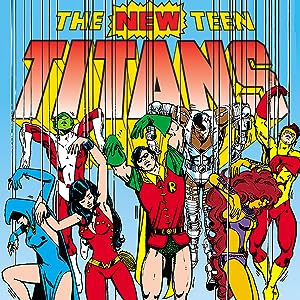 One of the most prolific and influential writers in modern comics, Marv Wolfman began his career as an artist. Wolfman has helped shape the heroic careers of DC Comics' Green Lantern, Blackhawk and the original Teen Titans, as well as Marvel Comics' Fantastic Four, Spider-Man, Nova and Dracula. In addition to co-creating THE NEW TEEN TITANS and CRISIS ON INFINITE EARTHS with George Pérez, Wolfman was instrumental in the revamp of Superman after CRISIS. Wolfman has also written several novels and worked on the Superman: The Animated Series and the Teen Titans animated series on Cartoon Network. --This text refers to an out of print or unavailable edition of this title.

Marv Wolfman has created more characters that have gone on to television, animation, movies and toys than any other comics creator since Stan Lee. Marv is the writer-creator of Blade, the Vampire Hunter which has been turned into three hit movies starring Wesley Snipes, as well as a TV series. Marv also created Bullseye, the prime villain in the 2003 movie, Daredevil, and was the writer-creator of the New Teen Titans which was a runaway hit show on the Cartoon Network. It has also been picked up as a live action movie. Marv's character Cyborg, has also been featured on the TV show Smallville, while his Superman creation, Cat Grant, was a regular on the Lois And Clark, The New Adventures of Superman TV series. Many of Marv's other characters have appeared on many animated series.

Beyond comics, Marv writes video games, novels, cartoons, animation and lots more. Marv wrote the direct-to-video animated movie, The Condor, for POW Entertainment, released in March, 2007, and just completed his newest direct-to-DVD animated movie, Teen Titans: The Judas Contract" based on his own comic story. Marv also wrote the novelization of Superman Returns" - which won the industry SCRIBE Award for best speculative fiction novel adapted, as well as co-wrote the "Superman Returns" Electronic Arts video-game. His book "Homeland," the Illustrated History of the State of Israel" was published in April 2007 and has already won many awards including the prestigious National Jewish Book Award. He has also written a novel based on his own comic, Crisis on Infinite Earths which was published in April, 2005. Marv was also Editorial Director for 15 graphic albums for the educational market, targeting high school students who read with a 3rd -5th grade level.

Marv co-created and co-wrote The Gene Pool, a feature length live-action movie. Marv also co-created, story-edited and was co-Executive Producer of Pocket Dragon Adventures, a 52-episode animated series appearing on the Bohbot TV network. Marv has written dozens of animated TV episodes as well as developed and story-edited the animated series' The Transformers, The Adventures of Superman and Monster Force.

Marv has also been Editor-in-Chief at Marvel Comics, senior editor at DC Comics and founding editor of Disney Adventures magazine. He has also edited and produced educational comics and was given a special commendation by the White House for his work on three anti-drug comics for the "Just Say No" program.

Marv is married to his lovely wife, Noel, a senior producer at Blizzard entertainment, and has a wonderful daughter, Jessica, from his first marriage. Marv & Noel also have a obstreperous Keeshond dog named Elle Dee Deux (L.D.) who is currently chewing on everything that is and isn't nailed down.

4.8 out of 5 stars
4.8 out of 5
75 global ratings
How are ratings calculated?
To calculate the overall star rating and percentage breakdown by star, we don’t use a simple average. Instead, our system considers things like how recent a review is and if the reviewer bought the item on Amazon. It also analyzes reviews to verify trustworthiness.
Top reviews

Bobby Nash
5.0 out of 5 stars A great series! You should be reading this!
Reviewed in the United States on January 30, 2018
Verified Purchase
Some of the best Wolfman/Perez Titans stories appear in this collection. Who is Donna Troy? and Donna's wedding are highlights of this amazing series. I read these stories during their original run and am enjoying revisiting them in these collections.
Read more
2 people found this helpful
Helpful
Report abuse

Ric B.
5.0 out of 5 stars A classic that I`m happy to pick up.
Reviewed in the United States on July 25, 2019
Verified Purchase
New Teen Titans; a must for a true comic book fan of the 80`s. Know your history....be a D.C or Marvel fan. Good ....no, great book to read.
Read more
Helpful
Report abuse

Jefferson Allen-Burkhart
5.0 out of 5 stars Wolfman and Perez!
Reviewed in the United States on August 31, 2019
Verified Purchase
I already own all of the single issues but these collections are too beautiful to pass up. Being able to take them anywhere or lend them out to friends makes them a huge plus.
Read more
Helpful
Report abuse

Omega60Top Contributor: Star Wars
3.0 out of 5 stars Not the same without George
Reviewed in the United States on April 16, 2018
Verified Purchase
Some artists leave a lasting impression with a book. So it was with George Perez. Once he left, the replacements just weren't good enough. The stories went downhill a bit too.
Read more
Helpful
Report abuse

C. Edwards
5.0 out of 5 stars Pure Nostalgia
Reviewed in the United States on January 25, 2021
Verified Purchase
As a reader of TNTT in the 80's this was a fun return to the late stage silver age period of DC comics. Warts & all.
Read more
Helpful
Report abuse

Ejstyles7
5.0 out of 5 stars Beautiful story.
Reviewed in the United States on August 10, 2018
Verified Purchase
Great end before Crisis on infinite earths takes effect. The story is just as good as the rest of the volumes.
Read more
Helpful
Report abuse
See all reviews

JM
5.0 out of 5 stars Great collection from a happier time in the DCU.
Reviewed in the United Kingdom on July 9, 2018
Verified Purchase
Great stories from the 1980s, when DC, Wolfman&Perez & the Teen Titans were all at their peak. Towards the end of a classic, late Bronze Age run, these stories shine as brightly as the day I read the origional's. Full of light & shade, drama & a sense of real optimism, this collection is the perfect antidote to modern DC's obsession with misery & darkness.
Read more
One person found this helpful
Report abuse