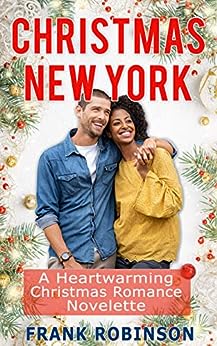 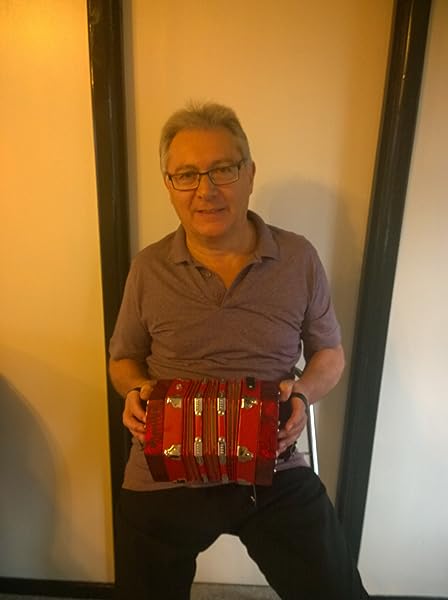 by Frank Robinson (Author) Format: Kindle Edition
See all formats and editions
Sorry, there was a problem loading this page. Try again.

She opened it... and saw the diamond gleaming back at her.

Macy goes out with her four best friends one winter night to help her get over a breakup. Little does she know that the club they choose to drown Tara’s sorrows in has a new visitor, who is about to steal her heart. Macy has been burned before, and is cautious in love, but when she sees handsome, friendly Joshua goofing off on the dance floor, her friends encourage her to take a chance. As their slow-burn love affair unfolds, Macy has high hopes—but her new lover Josh is carrying secrets with him that could put their new relationship at risk.

Joshua is just looking for a one night stand when he meets Macy but he soon finds his priorities shifting. She has him thinking of the one thing he’s never wanted with a woman before: Commitment. As they enjoy the Christmas season together, there’s one thing he’s not telling her - he is the son of a real estate billionaire, one who is about to end up in very hot water.

Their relationship takes a turn when Joshua’s father ends up threatened by the local Mob, who wants protection money. Joshua goes to Macy for comfort—and they make love for the first time. But the next day, Josh disappears—leaving Macy heartbroken and convinced that she was played into bed by a clever rake. Little does she know that the mobsters, instead of killing Joshua’s father, have decided to convince him to pay up by holding Joshua hostage! He’s got the best excuse ever for not calling—but now, his life is in danger. It will take Josh’s very own Christmas miracle to win him his freedom—and give him a second chance with Macy in this spicy Christmas Romance novel.

Page Up and Order Now

Frank is an author, musician and songwriter with a passion for writing books and songs.

Romance books written by Frank are:

From Friends To Lovers

Other books written by Frank:

“Into The Travellers World” was Franks first book, a science fiction short story, based on the Mountain Rio song The Traveller, this was launched in June 2016.

The Adventures Of Bobby The Bedlington Terrier:Bobby And The Kidnap Plot

The Adventures Of Bobby The Bedlington Terrier:Bobby And The UFO

The Adventures Of Bobby The Bedlington Terrier:Bobby And The Disguised Woman

Frank writes songs in many different genres and promotes his country songs under the alias of Mountain Rio. All Mountain Rio songs are recorded in Nashville by producer Stacy Hogan and feature the wonderful vocals of Mike Lusk.

Other aliases Frank releases his songs under are Athenos, The Amazing Doctor Love, Tinsel, Mixed Bag, The Snowmen and Franchesco De Rosa. All of Frank's songs are released on the Mountain Rio label and are available to download from all major online stores.

Frank has had a number of hits in The Official European Independent Music Chart. The highest entry to date was in December 2015 when his song Babes, a pop/dance track, featuring The Amazing Doctor Love reached number two.

Frank worked in the UK Railway industry for 42 years before retiring in October 2015.

To find out more about what Frank is up to these days, check out his website.

You can also hear more of his music and see a selection of videos on the website.

Kindle Customer
5.0 out of 5 stars Good short read
Reviewed in the United States on December 23, 2021
Verified Purchase
I usually do not like novella's because there is no real clot. However, this 1 definitely gets a thumbs up from me
Read more
Helpful
Report abuse

I voluntarily reviewed an advanced reader copy of this book.
Read more
One person found this helpful
Helpful
Report abuse

llippert
4.0 out of 5 stars Cute read
Reviewed in the United States on November 25, 2017
Verified Purchase
The situation with his father seemed to be inserted just for the drama factor. But that then was what drove the rest of the story. Short, cute read.
Read more
One person found this helpful
Helpful
Report abuse

mima48
5.0 out of 5 stars Five Stars
Reviewed in the United States on November 17, 2017
Verified Purchase
Love this plot and characters. A must read holiday story. The author wrote this very well.
Read more
One person found this helpful
Helpful
Report abuse

Trollhair
4.0 out of 5 stars Hmmmm
Reviewed in the United States on September 16, 2018
I am debating if I like this or not. Life does not move that fast. I have yet seen a man want to marry a woman he was just wanting to have sex with. It was kind of cheesy. BUT, with that said, it was a sweet happily ever after ending. Who can fault with that?
Read more
Helpful
Report abuse
See all reviews
Report an issue
Does this item contain inappropriate content?
Report
Do you believe that this item violates a copyright?
Report
Does this item contain quality or formatting issues?
Report