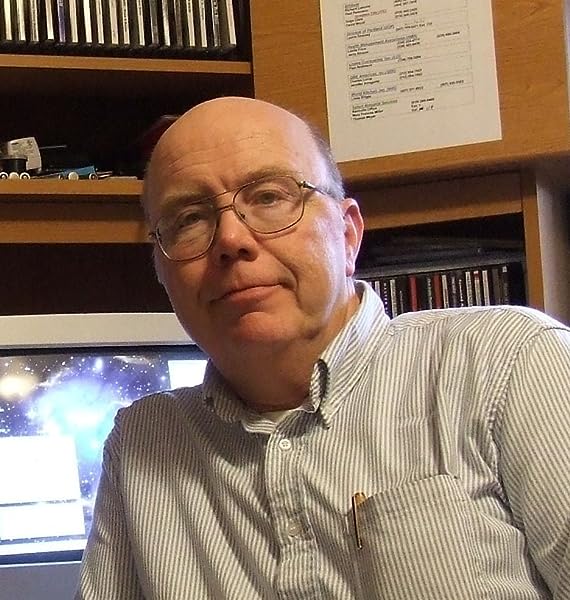 by John E. Siers (Author)
4.6 out of 5 stars 408 ratings
Book 5 of 7: The Lunar Free State
See all formats and editions
Sorry, there was a problem loading this page. Try again.

Another Crusade for the Lunar Free State!

After years of planning, the Lunar Free State is going to war, on a crusade to liberate the people of Tatanna from the evil Bugs.

For Lorna Greenwood, this will be a trial by fire—her first mission with her own command, the Predator-class destroyer LFS Lynx. She’s looking to get some payback for her last trip there eight years ago, which didn’t end well.

For Nova Sakura, it will be a time for action with the Marines down on the planet, a time to take care of unfinished business and make good on the promises she was forced to leave the locals with on her first trip to Tatanna.

But the Bugs aren’t the only enemy the Lunar Free State has to face. While they’re fighting to liberate a planet fifty light years away, someone else is planning to hit them a lot closer to home.

"Unmissing: A Thriller" by Minka Kent for $7.99
A return from the past knocks a family dangerously off-balance in a novel of spiraling suspense by Washington Post and Wall Street Journal bestselling author Minka Kent. | Learn more

My writing inspiration started with Neil Armstrong's first footsteps on the Moon. I was serving in the U.S. Air Force in 1969 when Apollo 11 touched down, and I remember thinking that we had finally made it. I'd been reading science fiction since grade school, and now all those wonderful stories of space travel --as told by Heinlein, Asimov, Arthur C. Clarke -- were about to come true. We'd soon be on Mars and have manned missions going to the asteroid belt and the outer planets. Star travel? Well, why not -- we'd already met and conquered so many scientific and engineering challenges we'd probably figure out how to get around Einstein as well.

Of course, that didn't happen. 1972 saw the last landing on the Moon, and when another decade saw no attempt to return I felt like a dream had been lost. That's when I started writing, and the Lunar Free State series is the result -- stories about people who didn't lose the dream.

There's no limit to what we can achieve if we put our minds to it, and so far there's no limit to the stories I want to write. The original series is now five novels published to date and another one scheduled for publication in March of 2022. Meanwhile, I've been doing something I never thought I'd do -- writing stories in someone else's "universe." I've got two novels in the raw and gritty urban fantasy series known as Hit World, created by William Alan Webb and Larry Hoy. That series begins with Webb's The Trashman and my two are titled The Ferryman and The Dragons of Styx. I've promised Bill Webb another one in that series for 2022.

... and then, I've got two short stories in the anthologies Standing Fast and Standing and Standing Defiant, stories in Webb's Last Brigade series. For those who like post-apocalyptic SF, these are two great collections of stories by a bunch of great writers.

Check them out. I hope you enjoy reading as much as I enjoyed writing them.

den44
5.0 out of 5 stars To good! Can't put it down.
Reviewed in the United States 🇺🇸 on December 7, 2022
Verified Purchase
Wow, just finished reading it straight through! Straight through the night even, that'll teach me to start one of his book in the evening!!Got it all, enough political intrigue and back stabbing to make Machiavelli happy, great space battle, LFS Marines doing what they do and more, several assassinations! You gotta read this one! Get it, read it, you won't be sorry!!
Read more
Helpful
Report abuse

BritMick
5.0 out of 5 stars The adventures continue
Reviewed in the United States 🇺🇸 on September 23, 2022
Verified Purchase
So the bugs have returned, but this time in force. If the Lunar Free Force is going to free the planet them they will have to defeat them both in space and on the ground. But it's never that simple, there is other's looking to make use of a large section of their starship are out of system. Can the LFS manage the fight on two fronts?

marcus
4.0 out of 5 stars Good books
Reviewed in the United States 🇺🇸 on January 2, 2022
Verified Purchase
A good series, but too formulaic in its writing. More of the same. The same is good, but I am hoping for a few twists and surprises.
Read more
Helpful
Report abuse

john riotto
5.0 out of 5 stars Siers hits its out of the park
Reviewed in the United States 🇺🇸 on January 23, 2022
Verified Purchase
What a great read! This series just keeps getting better and better. You just dont know what is going to happen next. The action continues unabated. Bouncing back and forth from the Lunar Base to the out planets trying to protect humans wherever they are located. This is a definitely a 5 star book and well deserved. I want more where is book 6.
Read more
Helpful
Report abuse

Bob2D2
5.0 out of 5 stars Luna besieged by greedy earth powers!
Reviewed in the United States 🇺🇸 on February 20, 2022
Verified Purchase
Attacked by two fronts! The bug war is full of twists and betrayal. Some slow learning. Insect nature's are known for many decades (at least in our universe :-×). I wonder what Ian Steven's reaction to Earth's attack? They need an SAI ( Sentient AI) to work Earth networks to help find their adversaries
Read more
One person found this helpful
Helpful
Report abuse

Thomas A. Lamparty
5.0 out of 5 stars Book 5, and no where near running out of steam
Reviewed in the United States 🇺🇸 on January 18, 2022
Verified Purchase
Wow, just finished reading it straight through! Straight through the night even, that'll teach me to start one of his book in the evening!!Got it all, enough political intrigue and back stabbing to make Machiavelli happy, great space battle, LFS Marines doing what they do and more, several assassinations! You gotta read this one! Get it, read it, you won't be sorry!!
Read more
2 people found this helpful
Helpful
Report abuse

Scott McNary
5.0 out of 5 stars Entertaining read
Reviewed in the United States 🇺🇸 on March 4, 2022
Verified Purchase
The Lunar Free State series is a joy to read. The Next Crusade is the fifth book in the series and if you like military sci-fi you’ll really enjoy this book and the four before.
Read more
Helpful
Report abuse

Michael E. Murray
5.0 out of 5 stars Fun stuff
Reviewed in the United States 🇺🇸 on January 22, 2022
Verified Purchase
It is a place I would like to live, and an interesting origin story spun out over five books (so far). Keep ‘em coming Mr.Siers, I’d like to have them on audio as well.
Read more
Helpful
Report abuse
See all reviews

Kindle Customer
5.0 out of 5 stars Excellent
Reviewed in the United Kingdom 🇬🇧 on December 31, 2021
Verified Purchase
Another great episode in the Lunar Free State story,lots of familiar faces and action on several fronts,looking forward to the next episode.
Read more
One person found this helpful
Report abuse

Foursuns
5.0 out of 5 stars Good continuation of the series
Reviewed in Canada 🇨🇦 on August 21, 2022
Verified Purchase
I'll be buying the next book in the series. In this fifth book, the Lunar Free State space forces continue the battle with a tough and ruthless alien species over the freedom of another human-seeded world, while the humans on Earth continue their greedy pursuit of power. I wonder how Mr. Siers is going to handle the ages-old problems of religion, power-mongering, and personal greed of our race of humans as they seek to take over the Lunar Free State.
Read more
Report abuse
See all reviews