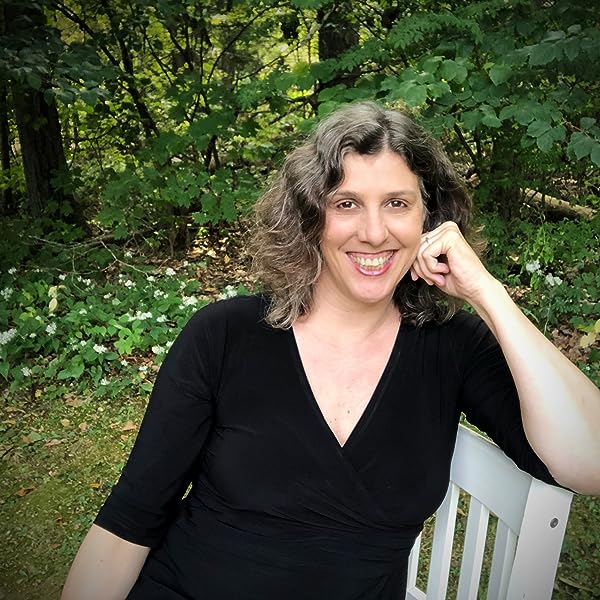 by Juliana Spink Mills (Author)
4.6 out of 5 stars 6 ratings
Book 2 of 2: Blade Hunt Chronicles
See all formats and editions
Sorry, there was a problem loading this page. Try again.

4.6 out of 5 stars
4.6 out of 5
6 global ratings
How are ratings calculated?
To calculate the overall star rating and percentage breakdown by star, we don’t use a simple average. Instead, our system considers things like how recent a review is and if the reviewer bought the item on Amazon. It also analyzes reviews to verify trustworthiness.
Top reviews

Juliana
4.0 out of 5 stars These are a fun read.
Reviewed in the United States on February 21, 2021
Verified Purchase
Really enjoy these. They are fun. I would have given more stars but there is some sexual content I have to skim past and a bit of bad language. Other than that. Very descriptive, fun fantasy. The characters are interesting and its fun to follow them chapter by (their own) chapter.
Read more
Helpful
Report abuse

Monica Mills
5.0 out of 5 stars Gripping
Reviewed in the United States on November 24, 2017
Verified Purchase
Gripping. That kind of book that you can't put down, but don't want it to end! Juliana Mills' second book in the Blade Hunt Chronicles series has fascinating characters developing throughout the story that kept me kept me wrapped up in the plot from beginning to the final page.
Read more
Helpful
Report abuse

B. Wigmore
4.0 out of 5 stars Enjoyable sequel leaves me keen to read more
Reviewed in the United Kingdom on November 22, 2018
Verified Purchase
Night Blade is a good read and a worthy sequel to Heart Blade, advancing and deepening the series story without bogging down or muddling it, which is quite an achievement. For me, it doesn’t quite reach the very high bar set by the first book, but I’d still heartily recommend it (though I’d even more recommend reading Heart Blade first, for those who haven’t already) and it should reassure those waiting to see if the series is on a good track.

The plot – skilfully woven, being intricate but never unclear – has two strands. The main one concerns Rose, a second-rank character from the first book, who here is tasked to infiltrate a classic heist, an attempt to break into a preternatural baron’s house and steal the fabulous eponymous sword. This is a lot of fun, especially the preparation for the heist, the magic involved, the unmasking of a traitor, etc. The heist itself features some interesting ideas and magic, if perhaps less of the lively character interaction that marked the preparation phase, and the aftermath is satisfying.

The secondary strand involves Del (the main character from Heart Blade) and other characters attending a big council-type gathering of preternaturals. This is where I found a slight weakness in the book, in comparison to Rose’s strand, and Heart Blade. I wasn’t totally engrossed by the shenanigans at the meeting, nor entirely rooted in what the characters were doing there, which seemed largely bureaucratic – though not entirely: there’s one great “Oh, wow!” moment when the truth behind the word NEVER on Del’s arm is revealed, suggesting an exciting direction for her future story and the series.

Both strands enlarge our understanding of the inter-clan politics and feelings of the pretenaturals’ world, and these are always interesting; it’s just that the meeting strand didn’t grab me as much emotionally. But this is made up for to a large extent by a satisfying and moving ending, which draws both strands together and made me very keen to find out how the series will progress. And you realise how much you like a character when you get such a thrill from seeing them rewarded, as happens here (though I won’t say who!)

As in Heart Blade, this for me avoids the traps of a lot of the YA novels I’ve read (or started): the drama arises naturally from the story without being emotionally ramped up for the sake of it, and the adult characters feel just as realised as the teenagers. The characterisation all told is extremely good, with everyone being distinct. The series looks to be in safe hands, and deserves many more readers than it seems to have.
Read more
Report abuse

Anya Kimlin
5.0 out of 5 stars Fab and innovative
Reviewed in the United Kingdom on November 21, 2017
Verified Purchase
I love the Blade Hunt Chronicles. There are so many delicious characters(Deacon is my favourite). The fantasy manages to be innovative and vivid but familiar at the same time. The story moves at a great pace and is hard to put down.
Read more
Report abuse
See all reviews
Back to top
Get to Know Us
Make Money with Us
Amazon Payment Products
Let Us Help You
EnglishChoose a language for shopping. United StatesChoose a country/region for shopping.
© 1996-2021, Amazon.com, Inc. or its affiliates